Now and again I'll come across a story that isn't just bizarre, but which is beyond bizarre. What follows is without doubt one of them. It's the very curious saga of what became known as Boston's "Flying black giant." Yep, we're talking about what are termed "Flying Humanoids." Most people with an interest in all-things Fortean have heard of Mothman, of Point Pleasant, West Virginia. Then, there's the Owlman of Cornwall, England. And let's not forget the flying woman of Da Nang. Boston's own equivalent, however, is far less well known. But, arguably, it's much weirder than all of the others combined.

The affair dates back to 1765, specifically to August 14. That was the date on which the Boston Gazette and Country Journal newspaper ran an article which told the very odd, breaking story. According to the newspaper, "A black cloud-like object approximating the shape of a human body hovered over Boston and remained until Sunset, and thousands saw it. At 7pm, the cloud landed, but quickly rose again and moved South only about twenty feet off the ground - down the main street, blowing a little vapor smoke intermixed with a few rapid sparks of electric fire, till it came before the Province House." 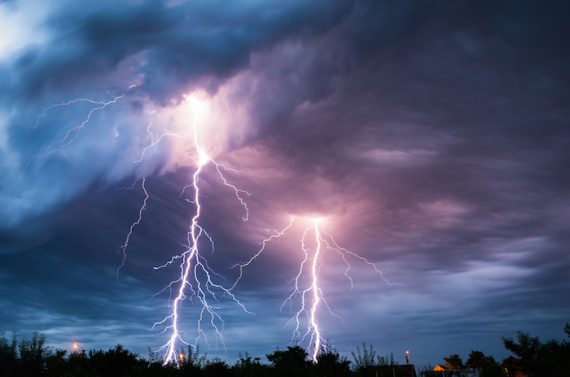 The article continues that upon reaching the building the human-like cloud "flopped a few minutes," after which it suddenly "swelled," took on a "black and fierce" appearance, and suddenly "discharged itself of three peals of thunder." The stormy giant's actions allegedly "shook the lofty fabric and all the little houses, and hollow hearts did hear it. It shook and tore away a newly erected building said to be for a Stamp Office."

We're then told that the cloudy character headed in the direction of Fort Hill, where it proceeded to shatter "windows and delicate china" in the home of the Governor, and destroyed his yard fence and coach-house door. At that point, the cloud-giant "ascended the mount at the same distance from the earth," came to a halt for several minutes, after which it "began to roar, and blow, and bellow, and thunder, and to vent smoke and fire, and raged like Aetna in ten thousand flames."

The mysterious matter came to an end late at night, as the Boston Gazette and Country Journal noted: "It continued to behave in this ferocious manner until about 11pm, when it suddenly vanished and all was quiet once more." But, that was not the end of the story: thirteen years later, the thing was back. However, it had moved on from Boston to both New Hampshire and Massachusetts. One Deacon Daniel Chute, a resident of Byfield, Massachusetts, recorded the following, concerning events which occurred on April 27, 1778: 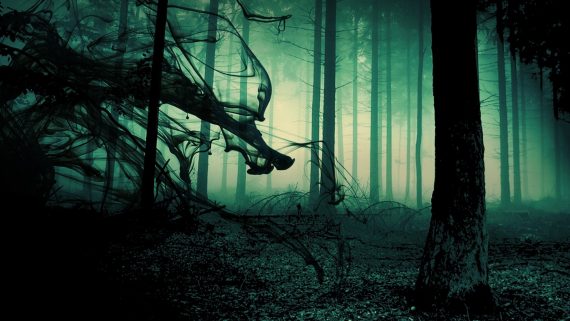 "Yesterday, being the Lord's day, the first Sunday after Easter, about five of the clock in the p.m., a most terrible, and as most men do conceive, supernatural thing took place. A form of giant, I suppose rather under than over twenty feet high, walked through the air from somewhere nigh the Governor's School, where it was first spied by some boys, till it past the meeting-house, where Mr. Whitman, who was driving his cows also, which ran violently bellowing."

Chute added: "Sundry on the whole road from the meeting-house to Deacon Searles' house, saw and heard it, till it vanished from sight nigh Hunslow's Hill. As Deacon Searles saw, it strode so fast as a good horse might gallop, and two or three feet above the ground, and what more than all we admired, it went through walls and fences as one goes through water, yet they were not broken or overthrown."

Deacon Chute concluded his wild tale with these words: "It was black, as it might be dressed in cloth indeed, yet were we so terrified that none observed what manner if at all it was habited. It made continually a terrifying scream 'ho hoo' so that some women fainted."

Whirlwinds? Tornadoes? Clouds that just happened to look vaguely human? There are plenty of questions, but not many solid answers.