This Water-Powered Spacecraft Will Mine Asteroids

Luxembourg, the tiny tax-haven with exceptional prowess in pâtisserie, is set to make an unlikely leap into the world of space exploration. Through a partnership with US-based Deep Space Industries, the Luxembourg Government will finance the development of the Prospector-X--a small, water-powered spacecraft that will mine asteroids for precious metals, water and ice.

Prospector-X, which DSI describes as an "eXperimental small nano-spacecraft" will be sent into low-earth orbit next year, where it will test new navigation, propulsion, and avionics technologies for prospecting and mining some of the 13,500 near earth asteroids that have been discovered to date. 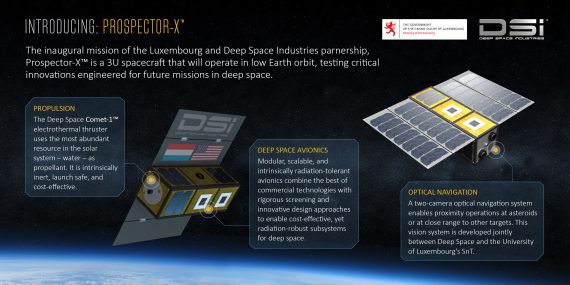 Among the most fascinating of the new technologies being developed for Prospector-X is its water-propulsion technology. As DSI CEO Daniel Faber said:

If you throw water out the back of your vehicle quickly enough, you get thrust. This is important because, once we’re out at asteroids, one of the things we’ll have in abundance is water. However, no thrusters can currently use water in its native form.

Luxembourg is pouring serious money into DSI and its asteroid mining ambitions--and for good reason. Asteroids are a significant source of minerals that include platinum, iridium, and palladium. So it stands to reason that whoever first finds the most cost-effective means of mining asteroids for these minerals stands to make some serious money. 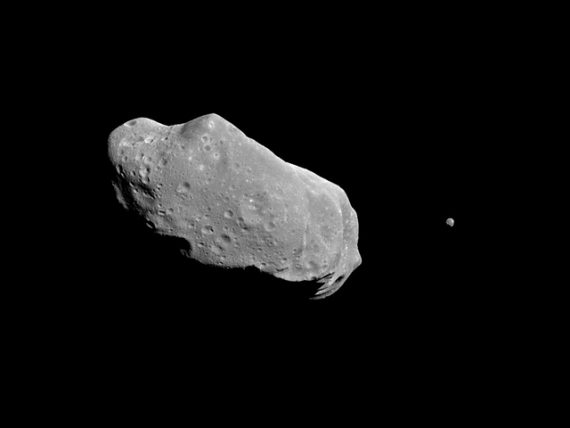 But there's also a secondary consideration; if we are to start building human habitats away from Earth, it stands to reason that we will also need to be able to source key materials and water close to those habitats. And at present, the best option appears to be asteroids.

As Faber explained to Gizmodo:

Deep Space Industries’ ultimate goal is to be building huge structures in space that could house thousands of people. To do that we need to get to the point of extracting asteroids and making those resources available.

The Mysterious Man in the Iron Mask is Finally Unmasked