Trees Rest Their Branches When They ‘Sleep’

The birch tree might symbolize renewal and rebirth, but even the source of life needs to kick back for a circadian snooze. According to a new study birch trees droop their branches when the sun sets and perk back up come dawn; in other words, the trees go to sleep.

On the one hand, this phenomenon is perhaps no great surprise; all forms of life from the smallest of organisms up are at the behest of the 24-hour clock, and even Darwin examined the day and night behaviors of plants. But the research is the first to precisely observe the sleep movement of trees in their natural habitat. 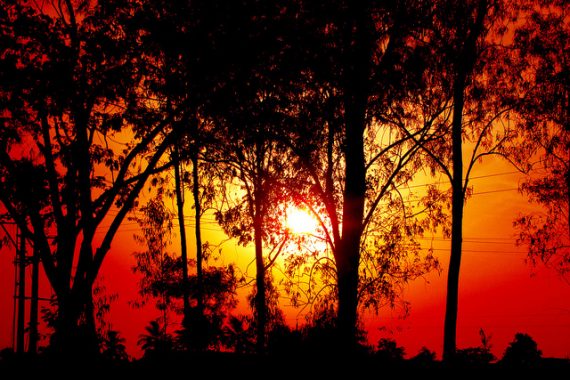 To do so the researchers pointed infrared lasers at two birch trees, one in Austria and one in Finland, scanning millions of points at regular intervals over a single night. Both studies were conducted close to the solar equinox and were done on nights without wind or condensation, and without the intrusion of artificial light that might alter the behavior of the trees.

What they found is that the leaves and branches gradually drooped over the course of the night, reaching their lowest position a couple of hours before sunrise. Come morning, the trees returned to their original position within a few hours. The overall 'droopage' came to around 10cm for each five-foot tree. 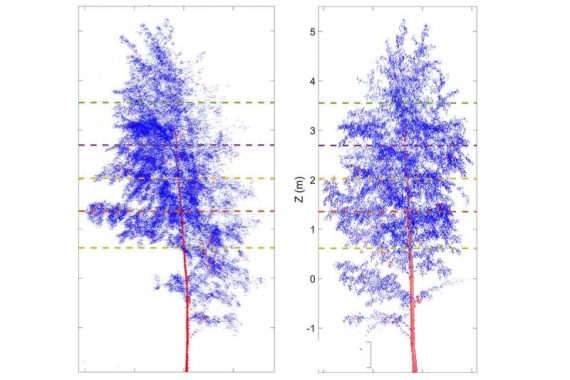 As András Zlinszky of the Centre for Ecological Research in Tihany, Hungary explained to New Scientist:

It was a very clear effect, and applied to the whole tree... No one has observed this effect before at the scale of whole trees, and I was surprised by the extent of the changes.

The researchers remain unclear as to whether the trees behavior is governed by available water and sunlight or by their own internal rhythm, though it is possible that the trees are conserving energy during hours when it is not beneficial to stretch out their limbs and feed from the sun.

As for what comes next, Eetu Puttonen of the Finnish Geospatial Research Institute explained in a statement:

The next step will be collecting tree point clouds repeatedly and comparing the results to water use measurements during day and night”, says “This will give us a better understanding of the trees’ daily tree water use and their influence on the local or regional climate.

Photos CC by 2.0 Kyrre Gjerstad and BR Sunkara on Flickr

Astronomers Predict the Demise Our Sun and Earth