UAE Wants to Build a Fake Mountain to Increase Rainfall

The United Arab Emirates is no stranger to building very large, very ambitious, very expensive structures, but newly unveiled plans to build a giant artificial mountain sound extravagant even for the home of the Burj Khalifa. The sole reason for creating a fake mountain? To encourage rainfall in a nation that receives an average of 0.4 inches of rain a month.

One of the most widely used techniques for geoengineering rain is cloud seeding. Developed in 1946 by (among others) Bernard Vonnegut--brother of Kurt--cloud seeding involves dispersing chemicals such as silver iodide, potassium iodide or dry ice into clouds so as to encourage precipitation. 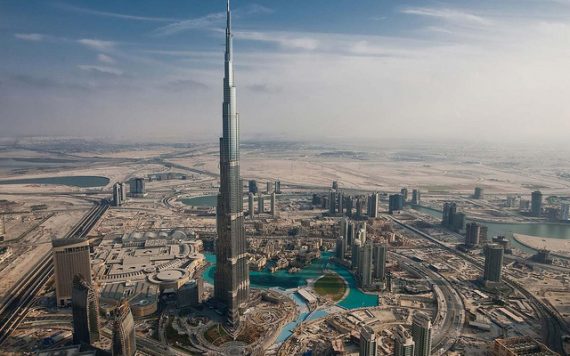 The UAE, with it's intensely hot climate, low rainfall and resulting water scarcity, is rather fond of cloud seeding--the country's National Center of Meteorology & Seismology reportedly spent $558,000 on 186 missions last year. But the technique isn't without its issues; in March, 11 inches of rain fell in just 24 hours, causing flooding and widespread chaos in the country.

One of the culprits for this freak weather event? Cloud seeding.

Hence the idea to build a giant fake mountain; the presence of a mountains causes moist air to rise and dramatically drop in temperature, encouraging the creation of stormy clouds. 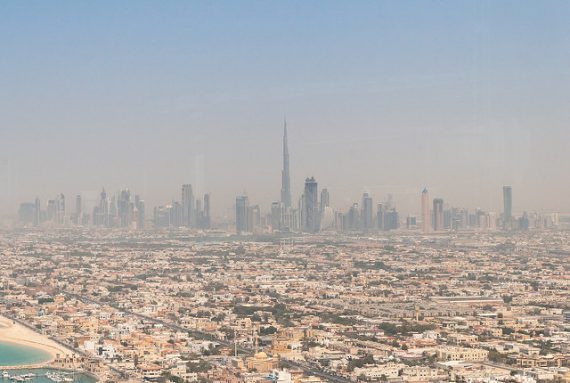 Currently the UAE is receiving advice from the US National Center for Atmospheric Research (NCAR), who are in the "detailed modelling phase" of the study.

Building a mountain is not a simple thing... What we are looking at is basically evaluating the effects on weather through the type of mountain, how high it should be and how the slopes should be.

NCAR will present their findings to the UAE late this summer, at which point the government will assess whether or not the project is financially feasible. According to the Washington Post, a plan to build a 1.2 mile-high artificial mountain in the Netherlands was found to only be possible if the mountain were hollow, and came with an estimated price tag of $230 billion.

If the UAE decides against building the mountain, then the government is likely to expand desalination efforts and also explore the possibility of moving water around the country through underground pipes. If they do go ahead with the mountain it will almost certainly become the most extreme, ambitious and expensive attempt to permanently alter a local climate.

This Hoverboard Flies For A Mile and It’s For Real