UFOs: How Do We Study An Ever-Changing Phenomenon?

Are UFOs real, and do they represent any form of tangible phenomenon? Or are UFOs merely an idea, representative of some vestige within our collective memories of a social movement, built around paranoia and international concerns following the Second World War?

To the UFO advocate, the notion that unidentified flying objects could be anything but physical, tangible aircraft would seem laughable. And yet, among the many questions we face in our study of the phenomenon, one is particularly troubling: if the UFO subject represents a single, consistent "alien" phenomenon, then why has it changed so frequently over the decades?

This question was paraphrased to me recently during a correspondence with Jason Bradley, a skeptically-minded colleague of mine. “You have discussed the idea that maybe abduction stories share some similarities between some of the other rash of paranormal claims, like the cult terror in the 70's and 80's," Jason said. “I have always maintained that something glaring about the UFO phenomena is that it's always followed patterns. Saucers to cigars, cigars to triangles, triangles to lights and so on. I've always found this concept interesting, and can't think of a moment when it's been addressed. To me this is one of those situations that belies a possible cultural and meme like experience. Ultimately tracking those patterns may help us understand where the psychological component plays into this.”

Mirroring Jason's ideas presented above, in the past I have similarly discussed the notion that certain trends do appear to emerge, especially within memes presented in UFO literature. However, it is difficult to argue that any definite or distinct lineage emerges from these; in other words, the idea of “saucers to cigars, cigars to triangles,” and the like may not be the most accurate representation of the UFO phenomenon as it has progressed over the years. Nonetheless, there are periods of change that begin appear when looking a bit further back, which thus help to place the “modern” UFO phenomenon of the last few decades into a broader cultural context. 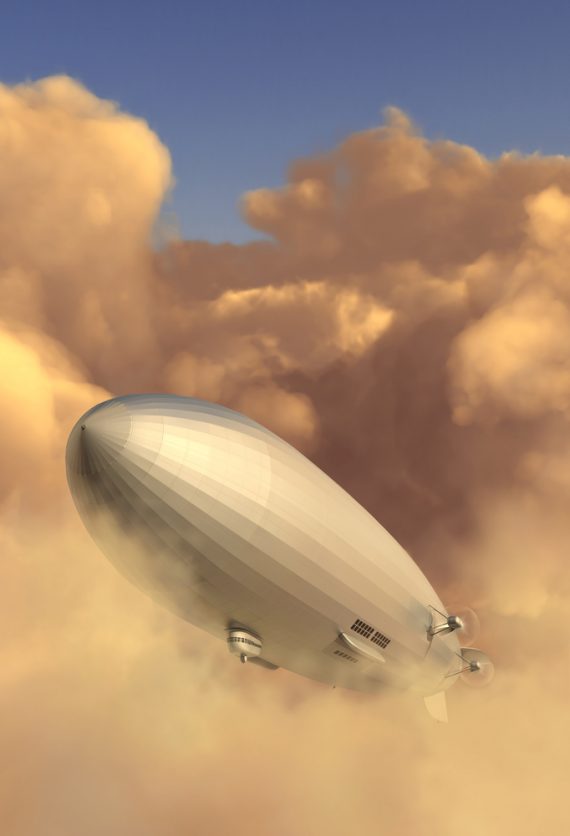 For instance, beginning in the 1890s we can note the prevalence of reports that involve “mystery airships”, which began to appear in many American newspapers (there are, however, similar stories that appeared elsewhere, including parts of South America, as well as Australia, around this same time). Modern UFO historians view the airship craze as a sort of "cultural predecessor" to the modern UFO phenomenon, and it is indeed interesting to note the way that such "UFOs" didn't appear to resemble saucers, cigars, or triangles of any sort; they represented aircraft that were remarkably similar to those appearing in fiction at that time, namely the work of authors like Jules Verne. Similar to such books and stories, the prevailing theories about the origins of the mystery airships had involved some intrepid inventor who, according to many rumors, was believed to be based somewhere in California, and had managed to construct an impressive new flying machine, which he kept secret from the public.

Not to be entirely dismissive of the purported "airships" of the 1800s, my article "Airships in the 1800s: An Odd History of Aerial Phenomena" discusses a number of crude airships that were, as a matter of historical fact, actually built in California throughout the later 1800s. The most compelling of them all was (or rather, would have been) that built by a Dr. Charles Abbot Smith of San Francisco, an inventor who had garnered a large amount of publicity for his airship operation beginning in early 1896. It remains unclear whether Smith's airship was ever able to fly, although historians Timothy Parrot and Michael Busby have been among those who have argued for the existence, and successful flight, of such a craft.

Interestingly, if one weighs the actual historical basis of the "airship craze" of the 1890s against the modern UFO era beginning in 1947, there is little similarity to be found. The most credible among the classic airship stories, ranging from inventors who actually did succeed in building crude airships, to the more far-out tales of aircraft actually observed in the sky, still seem to deal with a very earthly technology. Yes, there were some fanciful newspaper accounts that tell of the operators aboard these craft being "visitors from space", but these were the likely concoctions of area "liars clubs", or the occasional journalist writing on a day when legitimate news was lacking (such hoaxes were especially common during this period, and among the most famous were two penned by none other than Mark Twain).

These tales of "airships", however, when compared with the flying saucers that would emerge after the Second World War, indeed seemed to be the stuff of very different worlds. And despite this, the early reports of "saucers" often bore little or no resemblance to any kind of disc-shaped craft at all, as I noted here of Kenneth Arnold's famous encounter from the summer of 1947. In truth, reports of "cigar-shaped" objects preceded the era of saucers by at least a year, with the numerous reports of cigars and torpedo-like objects referred to as "ghost rockets" which purportedly swarmed the skies above Scandinavia in the summer of 1946. Similar American reports, such as that described by Captain Jack Puckett of Strategic Air Command in the summer of 1946, also predated Arnold's sighting by several months.

Throughout the 1950s, 60s, 70s, and 80s, UFOs would appear to take every shape imaginable: some were discs, while others were rounded spheres or eggs; some were cylinders, some shaped like footballs, and some were literally described as resembling "floating houses". By the late 80s or early 90s, reports began to emerge of odd triangle-shaped aircraft that behaved, if anything, more like blimps; like their predecessors in the 1890s, these objects first appeared mostly over California, with subsequent reports occurring in numerous other locales. In particular a "wave" of triangle-shaped UFOs were reportedly seen over Belgium during the early 1990s. 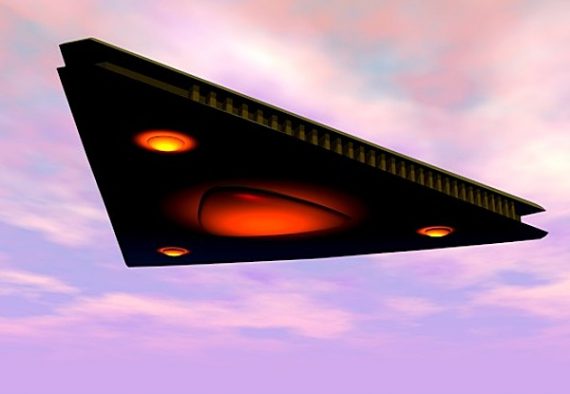 Many have opined that these modern "triangles", rather than being some exotic alien craft, are likely to be a variety of stealth aircraft employed by the U.S. military. The benefit of a large aircraft of this sort might include the large amount of material stock or rations it could transport over a long distance in a single stop; however, the size might also be attributable, more simply, to the amount of lift required to get an object like that off the ground, again presuming that they are something akin to blimps or dirigibles.

Coming back to the notion of "trends" that emerge in UFO literature, while it may be debatable whether there are indeed "patterns" that can be attributed with any conclusiveness, it would indeed be appropriate to note the apparent changes the phenomenon seems to have undergone in decades past. Close encounters with UFO occupants were, throughout the 1950s, largely comprised of credulous-sounding occurrences espoused by individuals who, along with retelling their encounters, were equally interested in promoting their involvement in the burgeoning UFO field, and capitalizing on it if possible. Hence, stories like that of George Adamski and his meetings with "Orthon" described, rather mundanely, encounters with an "alien" that was indistinguishable from any other man... apart from his telepathic powers, and unique mode of transportation through space. However, by the early 1970s, stories of UFO contact experiences were beginning to take on a much darker tone: the abductees now told of encounters with diminutive, emotionless humanoids, replete with bug-like eyes and other insect-like features, who were focused almost solely on brief examinations of their captives.

By the 1990s, the bulk of UFO related books focused on the apparent occupants of these presumed spacecraft, as featured in the written work of authors like Budd Hopkins and others. However, today those operating within the field of UFO studies have seemed to shift focus back toward the objects themselves, rather than having such preoccupation with "beings" seen in relation to UFO encounters. And yet, even the reports of objects seen in the skies have seemingly diminished; this decline in noteworthy UFO reports is, as I have observed elsewhere, interesting for a number of reasons. It has also led a number of commentators (including those found here, here, here, and here) to believe the field of UFO research may "changing" to such an extent that it is literally dying altogether. 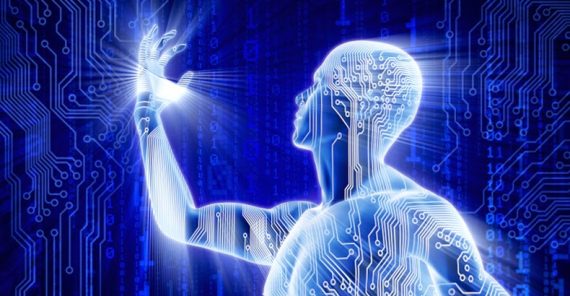 Looking back, an interesting trend that does emerge, rather than being related to memes present elsewhere within the field of UFOlogy, is the apparent similarity between UFO abduction cases and other, unrelated phenomena. Namely, the descriptions of hallucinatory environments described by psychedelic "experiencers", such as those featured in the written work of researchers like Rick Strassman, M.D., come to mind. In equal measure, we find such similarities in the Satanic ritual abuse panics of the 1980s, in which horrific torture and memories of abuse are recovered through hypnosis; again, the similarities emerge in more recent claims of "super-soldiers" who argue that their memories, recovered through hypnosis, seem to indicate their secret work as a government operative, memories of which were suppressed by utilizing advanced mind control technologies.

If we look further back in the last century, hypnotic regressions have similarly facilitated belief that some may have experienced encounters with highly advanced technologies and alien environments in other ways: namely through perceived "past lives", during which the experiencers claim to remember lives in places like the lost city of Atlantis, as described by Edgar Cayce, among others.

What can be made of all this, and how might our recognition of these apparent changes or "trends" help us to reevaluate some areas of the modern study of UFOs? Perhaps, at the heart of the matter, it is still a question of how the human mind perceives UFOs, and what beliefs -- whether or not founded in reality -- may be built around valid observations of strange aerial objects that are collected over time.

To conclude with a final anecdote, it was the late Fortean researcher John Keel who had often reminded us that "belief is the enemy". Much as Keel suggested, perhaps it is our belief in UFOs that informs us the most about the subject... rather than what the phenomenon itself may actually represent.

Fictional Monsters of the London Underground