US General Tells Troops To Be Ready For Little Green Men

That’s Army Chief of Staff General Mark Milley speaking to young military officers at the recent 100th anniversary of the ROTC program at Norwich University in Vermont. That’s right, he’s warning his future troops they will be facing “little green men.” Aliens? Martians? What does General Milley know that we don’t … yet?

General Milley has been in the U.S. Army since 1980, served in command positions in eight divisions and Special Forces around the world and was appointed as the 39th Chief of Staff of the Army in 2015, so he should know what he’s talking about. But little green men? Shouldn't he at least use a more military term like Miniature Jungle-Camouflaged Non-Earth Combatants?

The phrase “little green men” as a descriptor of scary beings dates back to the 12th century legend of the Green Children of Woolpit, a young brother and sister who allegedly had green skin, spoke a strange language and ate only beans (their green color could have been a dietary deficiency, although being around kids who ate only beans probably turned others green too).

As a term for extraterrestrials, folklore researcher Chris Aubeck found an article in an 1899 edition of the Atlanta Constitution referring to a little, green-skinned alien from the planet Hurrah. Edgar Rice Burroughs made what appears to be the first science fiction references to “green men of Mars" and “green Martian women” in his 1912 novel, A Princess of Mars. Aubeck also found mentions of little green men from Mars in the Daily Kennebec (Maine) Journal in 1908 and in an Italian report about a crashed spaceship a few years later. The term has since been popularized by everything from sci-fi to movies to I Love Lucy and The Flintstones. 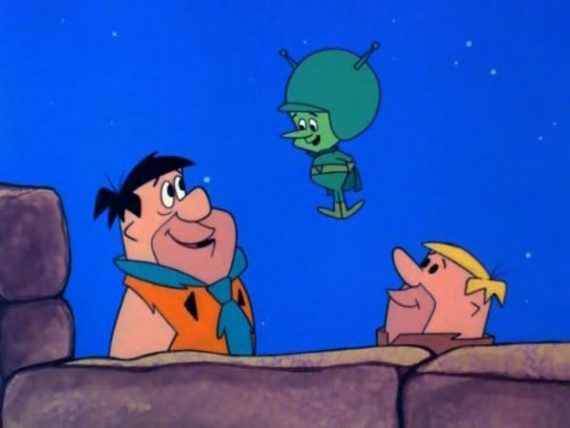 But the U.S. Army? Maybe we should blame Russia, Ukraine, their respective medias and the conflict in Crimea for General Milley’s usage of the term. According to the BBC, after Russia took over Crimea in 2014, there were reports of armed men in solid green uniforms who were not part of the Russian army or any another known unit. They turned out to be local “self-defense groups” who bought their uniforms at military surplus stores. The Crimean locals and a Russian newspaper called them “little green men.”

Was General Milley referring to covert soldiers in unidentifiable green uniforms fighting for a cause that may not be readily discernible as being friendly or the enemy?

Perhaps the new soldiers would prefer to deal with little green Martians instead.

UFOs: How Do We Study An Ever-Changing Phenomenon?