Was a Lightning-Fast ‘Mystery Aircraft’ Spotted on a Flight Radar App?

An unusual discovery was made recently by the cast of a New Zealand morning show, in which a strange aircraft, seemingly moving at incredible speed, was observed using a radar app as it passed over the ocean near New South Wales earlier in May, 2016.

The object, labeled “ZKGDG”, apparently did not correspond with any known commercial aircraft operating in the area at that time, although the apparent speed of the aircraft (as can be seen here) would seemingly rule out any conventional plane.

According to one YouTube user, the object appearing on radar would have been traveling approximately 70,000 miles per hour. "I don't believe I know of anything that can travel at that rate of speed, not even a rocket or something in orbit doesn't even travel that fast," the YouTube user said. 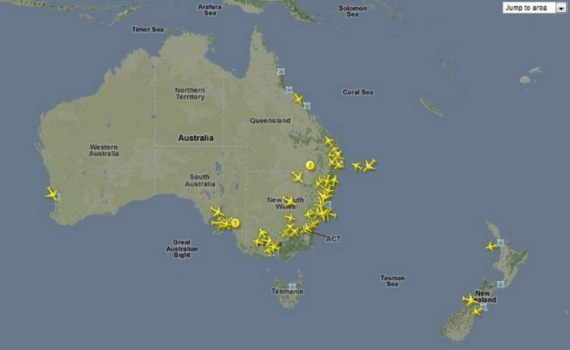 It was reported that at roughly the same time, a joint U.S. and Australian superjet test was, in fact, underway, which some suggested may have been the object appearing on the radar app. However, the location and direction of the experimental craft, as well as the speed, did not appear to match the "mystery" object detailed in the video in question.

According to the website for the Flightradar24 app, "The primary technology that Flightradar24 use to receive flight information is called automatic dependent surveillance-broadcast (ADS-B)." This technology allows aircraft using transponders to be tracked in a number of surprisingly simple ways, with that data relayed back to companies that present the data with apps like Flightradar24, which saw a surge in popularity after the disappearances of Malaysia Airlines Flight 370, as well as the subsequent crash of MH17 over Ukraine. With regard to military aircraft, Flightradar24 reports that, "For security and privacy reasons information about some aircraft is limited or blocked. This includes most military aircraft and certain high profile aircraft, like Air Force One.”

Nonetheless, some military aircraft can be tracked, and may still appear using such apps (or similar "homemade" data collection systems, like these).

Shortly after the story was discussed on the TGR podcast, a U.K. listener wrote to us with a few of his own observations from using the Flightradar24 app:

"The Flightradar24 app does display some, but not all military and private aircraft, and often with military craft, the app will apply a random registration number and/or name to such aircraft,  for security reasons usually. Most military craft are blocked actually from appearing on the map; you can see some though. I monitor several military aircraft that carry out war games each night, in the North Sea a few miles from my home. They send out small jets to be chased by Euro Fighter Typhoons, etc, and also refueling aircraft."

The question remains, of course, whether any experimental military aircraft would be capable of detection using ADS-B transponders, as the object in question had been. Of equal consideration is whether any aircraft in existence -- known or unknown -- would be capable of such incredible speed; as of 2004, a NASA scramjet has purportedly reached speeds of Mach 9.6, which would be roughly 7600 mph. This is still only a little more than 1/10 of the speed the mysterious "ZKGDG" had purportedly been traveling at the time it was observed. 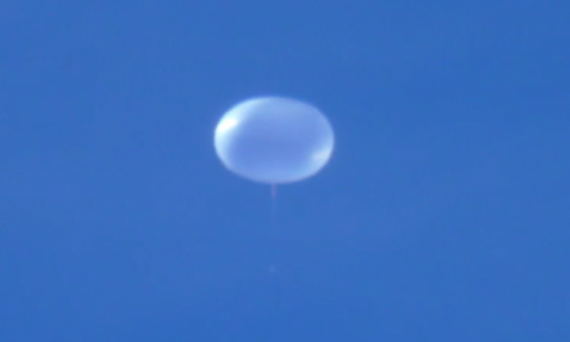 In addition to the mystery "plane" tracked via radar, a weather camera in New Zealand had also captured what seemed to be a "mystery object" drifting overhead; however, this was later determined to be a weather balloon launched by NASA.

For the time being, our money will remain on the likely possibility that "ZKGDG", rather than a mystery plane, was instead merely a glitch in the radar app's data... what are your thoughts? If you have an alternative idea, you can send along an email, or use the comments section below.