The vast majority of reports on record suggest that the Bigfoot creatures are largely solitary and prefer to stay away from humankind as much as possible. Even when Bigfoot and people do cross paths, the beasts generally only use intimidation to ward off their unwelcome visitors - and perhaps even stranger methods, too, such as Infrasound.There are, however, rare and completely unverified accounts of Bigfoot mutilating, killing, and even eating people. Thankfully, such reports are in the minority. Unless, that is, one is of the opinion that many of the thousands of people who go missing in the United States every year are helping, in a most unfortunate way, to feed and fuel Bigfoot. All of which brings us to a creature that has, for centuries, been greatly feared by Native Americans: the Wendigo (also known as the Windigo).

The late Basil Johnston - teacher, writer, and member of the Cape Croker First Nation - said of the Wendigo: "The Wendigo was gaunt to the point of emaciation, its desiccated skin pulled tautly over its bones. With its bones pushing out against its skin, its complexion the ash gray of death, and its eyes pushed back deep into their sockets, the Wendigo looked like a gaunt skeleton recently disinterred from the grave. What lips it had were tattered and bloody. Unclean and suffering from suppurations of the flesh, the Wendigo gave off a strange and eerie odor of decay and decomposition, of death and corruption." 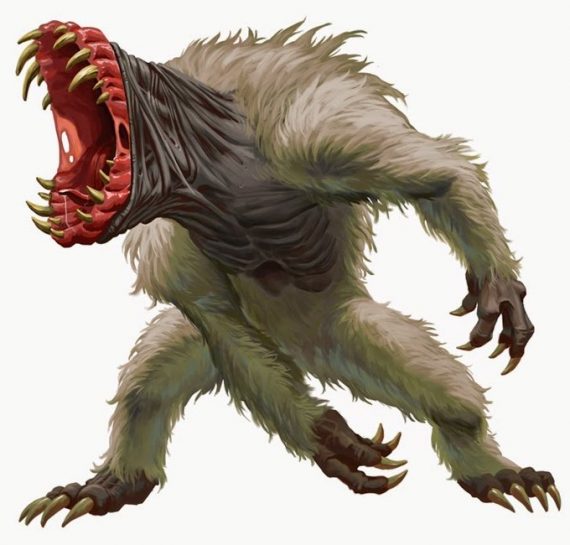 A terrifying thing that appears prominently within the lore of the Algonquin people – the most widespread and populated of the Native American groups, with tribes originally numbering in the hundreds - the Wendigo is an evil, cannibalistic, and rampaging creature with the ability to possess human sous and minds, forcing them to do their dark bidding. Humans have the ability to transform into a Wendigo, especially if they have engaged in cannibalism. Notably, in centuries past, those who were suspected by the Algonquion of being Wendigos were decapitated after death, to prevent them from rising from the grave and going on slaughtering, people-eating rampages.

The Native Languages website provides the following: "Windigos are the evil man-eating giants of Anishinabe mythology. Windigos play the roles of monsters and bogeymen in some legends; in others, Chippewa people who commit sins (especially selfishness, gluttony, or cannibalism) are turned into a Windigo as punishment. The apperance of a windigo is huge, monstrous, and made of or coated in ice, but the human it once was is still frozen inside the monster where its heart should be, and must be killed to defeat the windigo. In a few legends a human has been successfully rescued from the heart of a windigo, but usually once a person has been possessed by a windigo spirit, the only escape is death." 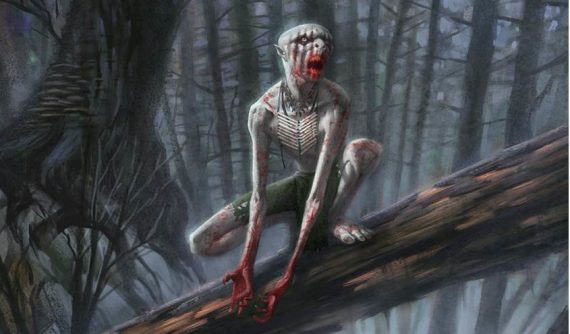 Many of the reports of the Wendigo are focused around large forests, freezing cold and wintry environments, and dark woods. In light of that, there is a theory that the stories of the Wendigo are the result of (a) a distortion of real events, involving regular people who were forced to resort to cannibalism when food was scarce in the winter months; and (b) tales told to try and dissuade people from cannibalism, by making them think that eating human flesh would turn them into Wendigos.

That the Wendigo is very often described as a large, marauding, humanoid beast that dwells deep in the forest, however, suggests we should leave the door open to a highly disturbing possibility: that in the past, and even today, Bigfoot viewed us, the Human Race, as its prey. And that the stories of the Wendigo were - in part, perhaps - provoked by violent and fatal attacks undertaken by Bigfoot creatures. That, of course, requires the stories about Bigfoot chowing down on people to be true, and not just campfire tales, legends, friend of a friend tales, and hoaxes.