The story was like something you'd find within a mystery novel. There lay the bodies of two victims, and beside their remains, a disturbing message with even more frightening implications.

"Sorry, my first kill was clumsy."

The note went on to read, "I can't be like you, telling a lie. I can't love someone without telling them."

This story is no anecdote from some popular murder mystery novel; it is, in fact, an accurate retelling of events which transpired only recently in San Jose County, California. 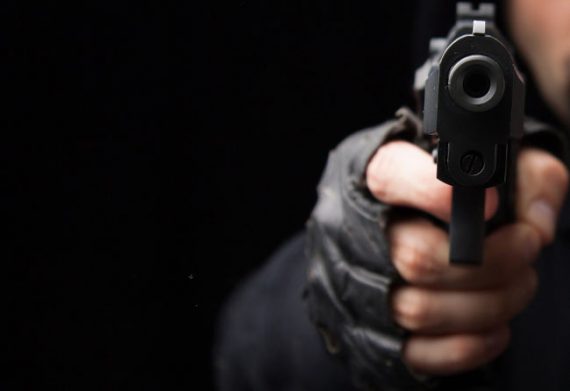 The Toronto Sun reported on the incident, stating that:

"Police are reportedly baffled at the frightening suggestion there may be more, and the motive behind the shooting deaths of the 59-year-old Bangladesh-raised engineer and his 57-year-old accountant wife, and mother of two. Both were beloved volunteers in the city's Bangladeshi community and had no known enemies."

A shock to the large Bangladeshi community in the area, it is not believed that the deaths were racially motivated, nor were they apparently random. Among those sought for questioning are the deceased couple's eldest son, though he is not believed to be have been involved in the crime.

Obviously, what makes this already tragic incident far more unsettling is the implied motives of the killer, as indicated by the apparent note left at the crime scene. In addition to the shades of personality it provides about the killer, it brings to mind the history of mass murderers and serial killers, many of whom have similarly engaged in missives that, in some examples, directly engaged police and other law enforcement agencies, as though planned out the likes of an elaborate game.

Among the most famous letters of this macabre variety, the famous notes penned to Scotland Yard and various news outlets by the infamous Jack the Ripper are probably among the most well known. Records show that many dozens of letters -- hundreds, in fact -- were received either by media organizations that included the Central News Agency, which were purportedly from the killer. Arguably, it would seem highly unlikely that all such letters from this period were indeed from a serial killer operating in the Whitechapel area of London, although three messages that appeared during the months of September and October, 1888, are believed to have been penned by the famed killer, who was never captured.

Among these three "Ripper" letters, arguably the most famous had been what officials called the "From Hell" letter, derived from the aforementioned words appearing in the top right-hand side of the message (see below). The letter was received by the Whitechapel Vigilance Committee's leader at that time, George Lusk, and was accompanied by a grisly token: a portion of a liver, purportedly having been removed from one of The Ripper's victims (many believed this was Catherine Eddowes, whose liver had been removed amidst other mutilations that occurred during her murder. However, some have disputed this). 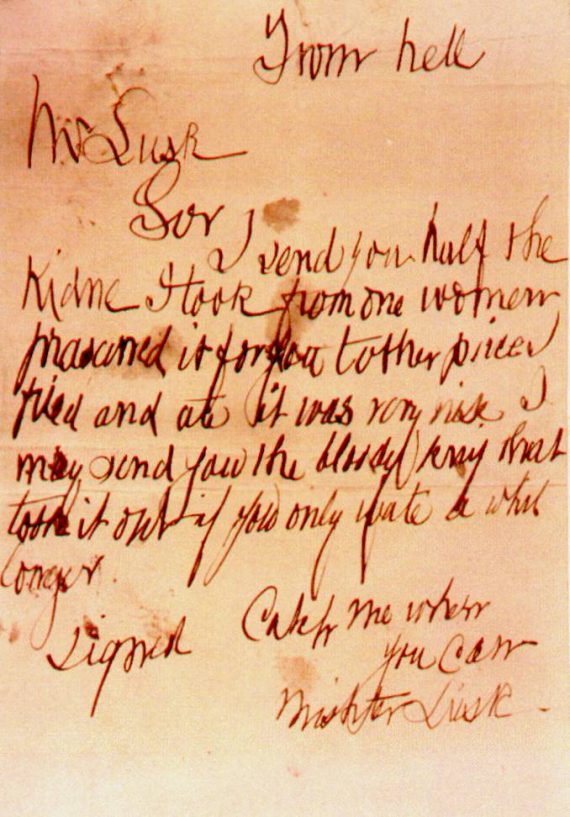 Problems arose in relation to the "From Hell" letter, due to the fact that the distinctive style of writing did not resemble that of the two previous letters believed to have been penned by the killer. Further analysis was also complicated by the fact that a number of individuals would go on to admit to having forged the notes, partially to help maintain public interest in what had become one of the most sensational news items of its day.

The Ripper murders weren't the only unsolved crimes in which the perpetrator left notes behind for authorities. Beginning in 1968, a series of murders in Northern California became the stuff of legend when, the following year, a trio of fragmented cryptograms were sent to three California newspapers. These were accompanied by letters claiming responsibility for a number of the earlier killings, along with a chilling warning: if the letters weren't published on the front page, this individual promised to go on another killing spree that weekend, until a total of twelve lives had been claimed.

A subsequent letter, addressed to the editor of the San Francisco Examiner, identified its author simply as "Zodiac", prompting the famous nickname attributed to the killer who, like London's Ripper, was never captured. Even the subsequent cracking of the cryptograms inclosed with the initial three letters produced no useful additional data; merely the strange ramblings of an individual that claimed to be collecting souls that would become his "slaves in the afterlife."

A number of other equally notable instances that involve such grim communication between killers and press or authority figures exist. The broader questions, of course, deal with the psychological goals or objectives of those who do so: is it purely for the "thrill", or do some murderers maintain a secret, or perhaps subconscious hope that doing so may lead to their capture? Behavioral psychologists might argue that it is a combination of these factors; in some instances, while the purported killer has claimed that such messages may provide clues that will lead to their arrest, with the case of the Zodiac killer, even the solved cryptograms later revealed that the killer had lied about what they contained, later proclaiming (yes, in additional letters) that for him to actually provide this information would compromise his broader goals.

In his book Clues from Killers: Serial Murder and Crime Scene Messages, author Dirk C. Gibson writes that, "Serial killer communication is not spontaneous or frivolous. Rather, it seems to be a standard part of many serial killer cases, serving a variety of psychological and rhetorical functions for the killers. Some killers appear to be leaving clues for the police. To ignore or overlook these rhetorical motives is tantamount to conducting an incomplete investigation."

Arguably, such communications are among the most obvious signatures to be found at a murder scene that indicate the actions of a repeat offender, and thus, what is likely to be branded a serial killer. As far as the ensuing investigations may go, these become of utmost importance to authorities; they also present a strange, and unsettling glimpse into the inner-workings of the minds of those who commit such crimes.