The ability to create and utilize fire was a major driving force in human evolution; we became able to cook, create tools from metal, and keep ourselves warm through cold winters. And it's long been conveniently presumed that our use of fire developed by accident when playing with stone tools. But one team of anthropologists has posed a different theory; that humans were first exposed to fire through dramatic shifts in climate.

There is evidence to suggest that humans first began to cook food around two million years ago, which gives us a reasonable indication as to when humans were not able to create fire, but realized that it was a pretty handy natural tool. 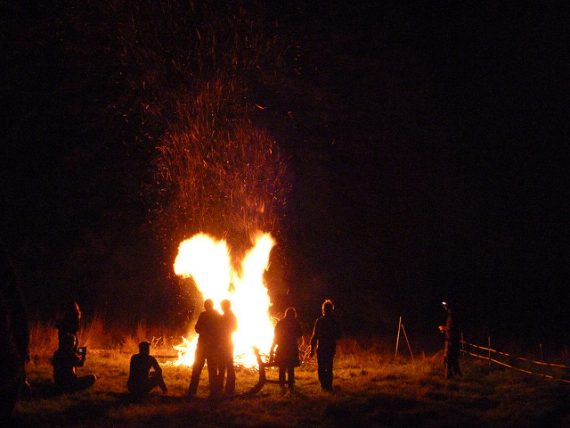 So why is it difficult to believe that ancient humans discovered fire by accident? As Charles Q Choi explains in Scientific American, such theories do not explain why other primates--such as chimpanzees, capuchin monkeys and crab-eating macaques did not develop pyrophillic tendencies. Or, for that matter, why no one's ever seen a sea otter grill a fish. All of these creatures use stone tools.

But evolutionary anthropologist Christopher Parker at the University of Utah in Salt Lake City and his colleagues pose that much larger forces drove humans to utilize fire. Parker looked at environmental conditions during the period between 3.6 and 1.4 billion years ago, when the genus Homo was emerging in Africa.

What he and his team note was that during this period the continent went through bouts of being exceedingly dry, and these conditions caused forests to shrink and dry grasslands to expand. In other words, the climate created a lot of tinder. 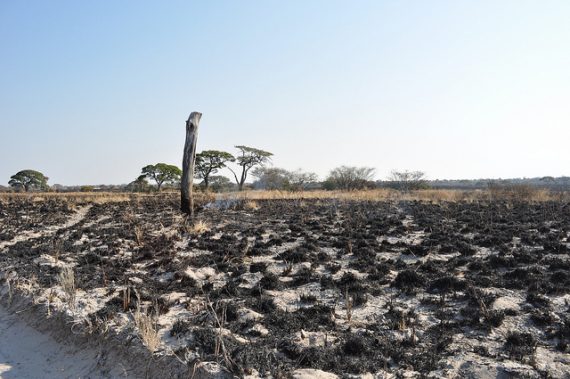 As Parker explained to Scientific American:

The most common cause of natural fire was likely lightning, which can occur without precipitation from clouds. Another source of natural fire may have been volcanoes, as the region was more tectonically active in the past.

First, humans would have adapted to these fires, learning of its danger and noting that it became easier to hunt and scavenge on cleared lands. Secondly they would have discovered the benefits of eating the burned remains of animals, seeds and nuts.

From there, the anthropologists posit, ancient humans would have learned to reignite still smoldering remains, and later intentionally set fires when it suited their needs.

The issue now is how to prove that any of this is true, and to do that, Quoi explains, Parker will look to modern human foragers, such as the Hadza people of Tanzania, for clues as to how our ancestors used fire.