Helium … it’s the gas that puts the lift in birthday balloons and keeps the memory Donald Duck’s voice alive. Unfortunately, it’s also a “for a limited time only” gas that has previously been found only accidentally during oil and gas drilling and whose supplies have been steadily dwindling to the point of rationing. Rejoice, squeaky-voice lovers! A huge underground supply of helium was discovered in Tanzania using a new technique that will probably make it easier to find more.

It’s not just for parties. Helium is a useful inert gas used in liquid form in MRI machines (for super-cooling magnets) and in other high tech equipment such as the Large Hadron Collider so its scarcity was a major concern. While being one of the most plentiful elements in the universe, its lighter-than-air quality makes it rare on Earth. Recently, the Norwegian helium exploration company Helium One teamed up with earth scientists from Oxford and Durham universities to find more.

The researchers knew that intense heat was needed to create helium, so they assumed that there must be caches of it stored deep underground near volcanoes. Of course, active volcanoes create cracks and fissures that release the helium to escape into the atmosphere or get diluted with other gases, rendering it useless. They needed to find evidence of helium gas close to but not in a volcano.

According to Professor Chris Ballentine from Oxford, they found it in the Tanzanian East African Rift valley. And not just a balloon’s worth … a lot.

By combining our understanding of helium geochemistry with seismic images of gas trapping structures, independent experts have calculated a probable resource of 54 Billion Cubic Feet (BCf) in just one part of the rift valley. This is enough to fill over 1.2 million medical MRI scanners.

This single new reserve contains seven times the amount of helium used by the entire world in one year. As usual, businesses already say they’ll use that up and will need more, so Diveena Danabalan, a graduate student at Durham University who presented the team’s findings at the Goldschmidt geochemistry conference in Japan, is looking for a little blonde girl to help them find the right spots for more helium reserves.

[I]f gas traps are located too close to a given volcano, they run the risk of helium being heavily diluted by volcanic gases such as carbon dioxide, just as we see in thermal springs from the region. We are now working to identify the 'goldilocks-zone' between the ancient crust and the modern volcanoes where the balance between helium release and volcanic dilution is 'just right'.

Millions of people who have never sounded like Donald Duck or floated in a lawn chair are anxiously awaiting the next helium discovery. 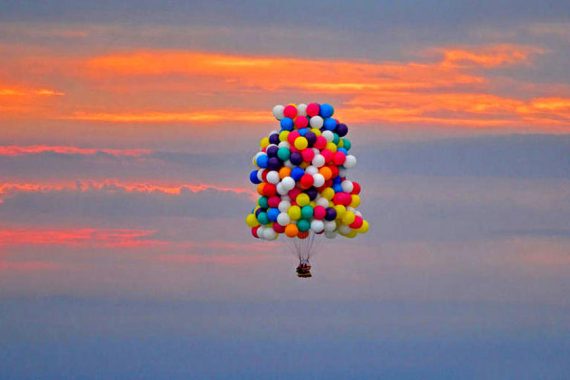