Being Naughty or Nice is in Your DNA

Scientists have discovered that our attitude and altruism is genetic. They designed a mathematical model examining social behavior and the role of genetics (genetic polymorphism). By using colonies of microbes as inspiration, they showed how some individuals are more generous than others in social interactions.

It was discovered that one’s behavior is influenced by a set of inherited genetic tendencies. Thus, DNA influences social behavior. This goes against the common belief suggesting that the environment or experience influences one’s actions. 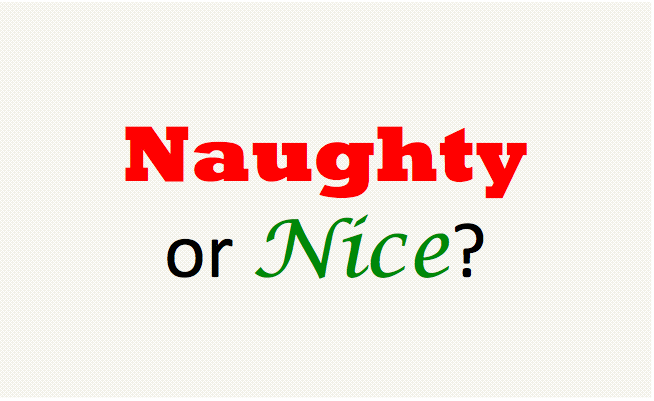 Behavior may be predicted by one’s relationship with other members in the community and the environment and not in direct response to what one senses or experiences.

Dr. Sasha Dall, a senior lecturer of mathematical ecology at the University of Exeter in the U.K. and co-author of the recent study, says,

This means that individuals invest in a “public good” (a resource that is available to all individuals in an area) is strictly genetically determined (i.e. is not affected by experience). As humans, our behaviors are flexible and we base what we are meant to do on what we see after processing information about our world. However, some species rely on inherited instructions on what to do – individuals behave differently according to which specific genetic variants they are born with. What we have been able to show is how you can get a situation where you end up with distinct levels of genetically determined niceness coexisting within a population.

This model has currently only been applied to microbial systems. However, the general results should apply to any social species, including humans. It may advance our understanding of sociality.

Social evolution theory hasn’t previously addressed genetic polymorphism. We have developed a model that allows us to explore this within a general framework alongside other behavioral influences. Our hope and aim is to do further work in this area to test our model experimentally.