In modern day culture, escargot are a pretty divisive appetizer, but in ancient civilizations they were an oddly popular form of nourishment. And for none more so than a newly-discovered marsupial that lived 15 million years ago in Australia; the Malleodectes mirabilis, who reportedly harbored a uniquely insatiable appetite for snails. 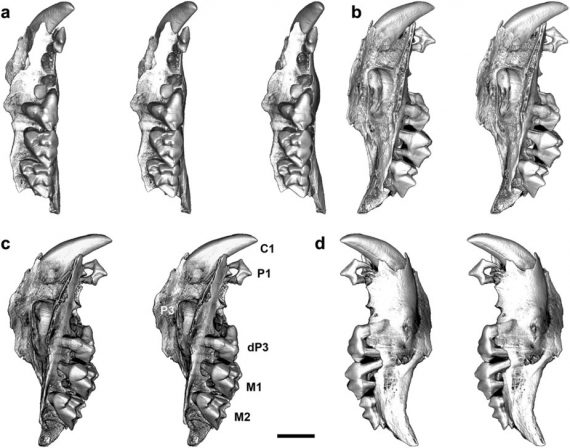 The Malleodectes mirabilis fossil was discovered at the Riversleigh World Heritage Fossil Site in north-western Queensland, Australia by researchers from the University of New South Wales. Although teeth from the marsupial had been discovered before, it is only with the discovery of the complete, well-preserved fossil of the juvenille malleodectid that they were able to determine that the creature was its own distinct species.

In a statement, UNSW Professor Mike Archer and lead author of a study on the discovery explained:

Malleodectes mirabilis was a bizarre mammal, as strange in its own way as a koala or kangaroo.

With its most notable peculiarity coming in the form of its diet:

Uniquely among mammals, it appears to have had an insatiable appetite for escargot--snails in the whole shell. Its most striking feature was a huge, extremely powerful, hammer-like premolar that would have been able to crack and then crush the strongest snail shells in the forest.

The fossil itself was found encased within the limestone floor of a former cave, which has proven to be a trove of fossils from the last 24 million years. Previous discoveries at the site include the fantastically named Thingodonta--believed to be a woodpecker-like marsupial, and the Fangaroo, which as its name suggests was a tusked kangaroo.

During the millions of years in which the limestone cave and the lush forests around it were still standing, it appears to have been a common problem for animals to fall into it. Horrible luck for the forest's inhabitants, and excellent news for scientists. According to UNSW Professor Suzanne Hand, the young-snail hound experienced just such a fate:

The juvenile malleodectid could have been clinging to the back of its mother while she was hunting for snails in the rocks around the cave's entrance, and may have fallen in and then been unable to climb back out.

Over time, climate change transformed the lush rainforest into grassland, wiping out the Malleodectes mirabilis. Subsequent effects on the region's snail population are unknown.