Bumblebees are pretty extraordinary creatures; they can fly higher than Mount Everest, see ultraviolet light and the queen bee can select the gender of her offspring to keep a colony productive. And now, scientists have been able to prove that their fuzzy hairs bend in response to electrical fields, helping the little critters differentiate between flowers.

For a long time it was believed that the only animals able to detect natural electrical fields were those living underwater--sharks, for instance--but three years ago researchers at the University of Bristol, UK identified bumblebees as the first terrestrial creature known to pick up on these fields. The problem was, they weren't entirely sure how the bees were doing it. Until now. 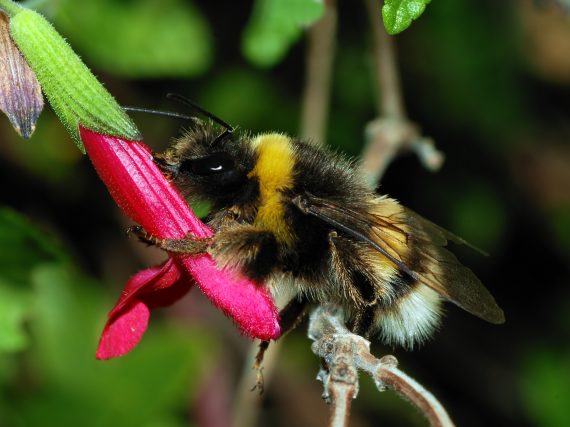 The researchers believed that the bumblebees were sensing electrical fields either through their antennae or through their mechanosensory hairs. So to study this, Gregory Sutton, a Royal Society University Research Fellow at the University of Bristol in the United Kingdom and his colleagues took two sets on near identical flowers. The first set was filled with a bitter liquid, the second had a 30 volt electrical charge.

Sure enough, the bees consistently opted to feed on the flowers with the electrical charge. And when that voltage was removed, the bees couldn't differentiate between the two sets of flowers. Flowers in nature consistently transmit a small electrical field. As Sutton explained to NPR: 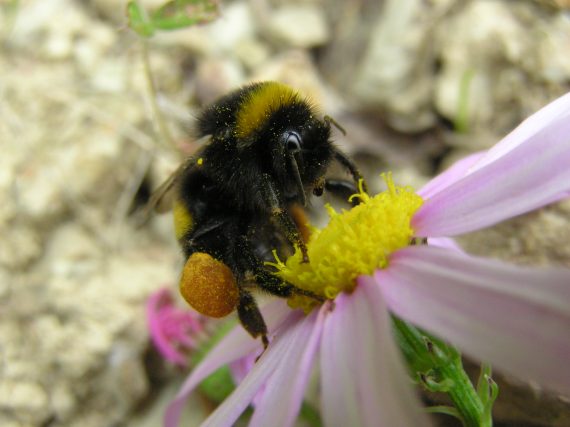 So as the bumblebees in the lab flew to the flowers, Sutton pointed a laser at them to monitor minor movements in the air, the bees antennae and their hair. What he found was that while both the antennae and the hair respond to electrical fields, the hairs transmit a signal to the bee's brains through their nervous system, and it is this that leads them to the flowers.

They've got these really fuzzy hairs all over their body, and when they approach something with an electric field, that electric field will bend the hairs on their body.

And bumblebees aren't the only creatures with mechanosensory hairs--a number of insects have similar features--which means there might be a lot more to learn about how little critters interact with the atmosphere's natural electrical fields.

These Synthetic Dogs Can Bleed, Breathe, and Die