Calling the Operators: Do We Live In a Computer Simulation?

In an age where illegal uploading of copyrighted films and music to sites like YouTube is nearly unavoidable, many companies have been on the defensive in an attempt to protect their intellectual properties. This was the case when, recently, Warner Bros. apparently sent a DMCA takedown notice to Vimeo, which included clips from the classic Ridley Scott film, Blade Runner.

Here’s where things get interesting. While some of the footage that ended up being flagged was remarkably similar to what appears in Blade Runner, what had actually received the removal request was part of an experiment in machine learning. Specifically, a reconstruction of a scene from Blade Runner had been created using data, which was then reconstructed by a computer.

“In other words,” Vox reported, “Warner had just DMCA'd an artificial reconstruction of a film about artificial intelligence being indistinguishable from humans, because it couldn't distinguish between the simulation and the real thing.

We’re seeing an awful lot of similar instances where computers are “learning” to recognize faces, language, and other artifacts of humanity on a daily basis. It’s becoming so commonplace, in fact, that many already take for granted how well adapted we’ve become to having Smartphones read directions to us as we travel, or help us predict how far we are from home, or where else we have to be at any given time based on the little pocket-sized computers we carry around with us, and their ability to predict our schedules based on information they gather about us.

All of this has deeper implications, of course, one of which involves where all this is heading; are we eventually going to pursue technology to such extremes that we reach a “posthuman” reality, in which the end result is no longer what brought “us” to that point… that is, if we can rightly still call our future selves “us” in the literal sense of being human. More likely, we’re looking at the formation of super civilizations that will greatly change the ways of life as we know it in the cosmos. This notion for a posthuman world also carries the deeper implications for modification or alteration of reality, and even that now-classic concept of a sort of “matrix” in which we may eventually, or may already reside within. 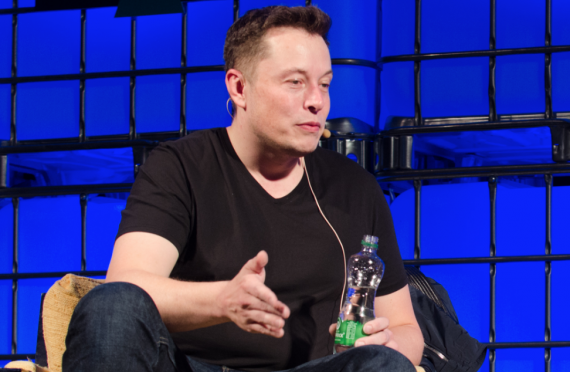 A video making the rounds online recently has helped reignite the debate, as Tesla’s Elon Musk was seen answering a question about the likelihood that humanity may presently exist within a simulation. Not only did he say that the chances of our reality being a “base reality” apart from a simulation are rather slim (somewhere in the neighborhood of one in a billion), Musk also thinks this may be a good thing, as he illustrates thusly:

“Arguably we should hope that that's true, because if civilization stops advancing, that may be due to some calamitous event that erases civilization. So maybe we should be hopeful this is a simulation, because otherwise we are going to create simulations indistinguishable from reality or civilization ceases to exist. We're unlikely to go into some multimillion-year stasis.”

As writer Ezra Klein recently pointed out, Musk borrows his logic from Nick Bostrom’s paper, “Are You Living in a Computer Simulation,” which first appeared in Philosophical Quarterly back in 2003. In its essence, distilled roughly to the finest points, it suggests that

Bostrom’s paper makes some fascinating assertions about the reality of our presumed un-reality, and how all of this relates to the subject of posthumanity, as well as the eventual rise of artificial intelligence (subjects which, especially in this context, may not be far from each other). In his 2003 paper, Bostrum wrote:

“At our current stage of technological development, we have neither sufficiently powerful hardware nor the requisite software to create conscious minds in computers. But persuasive arguments have been given to the effect that if technological progress continues unabated then these shortcomings will eventually be overcome. Some authors argue that this stage may be only a few decades away. Yet present purposes require no assumptions about the time-scale. The simulation argument works equally well for those who think that it will take hundreds of thousands of years to reach a “posthuman” stage of civilization, where humankind has acquired most of the technological capabilities that one can currently show to be consistent with physical laws and with material and energy constraints.”

In the famous Matrix films (yes, most of us are tired of this example, but it works, so deal with it), the reality in which Neo and other characters first presume to be a “real”, base-reality is entirely simulated. The real reality, as the film’s protagonists come to learn, is a future world overrun by, well… squids. At least some of the intelligent machines in this future world were squid-like, although the multi-leveled AI that had overtaken us is far from merely relegated to such animalistic formations. More importantly, they have managed to transform humans into an energy source, while conveniently keeping them subservient within a simulated world they actually believe to be “real.” 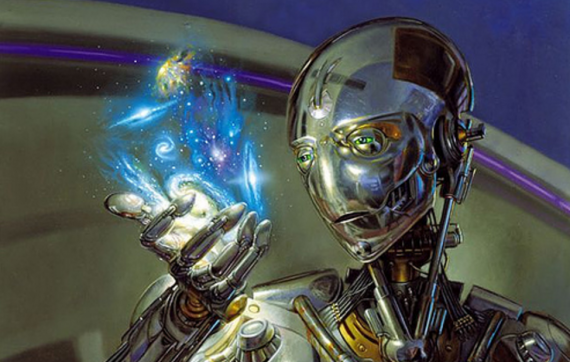 Obviously, this is both speculative fiction as much as it is allegorical. After all, what if we live in the “matrix” right now, but rather than technologies from the future imposing a simulated past onto us for purpose of a coma-like enslavement, what if the control element had utilized much more accessible technologies… psychological warfare, media propaganda, and yes, even mind control the likes of which had begun to be developed by the CIA with its MK ULTRA programs decades ago. One might argue that super-intelligent AI, nor any kind of literal simulation, would really be required for the “matrix” to nonetheless exist around us.

Bostrom touches on other unique concepts in his paper. For instance, he notes that, “As we are still lacking a ‘theory of everything’, we cannot rule out the possibility that novel physical phenomena, not allowed for in current physical theories, may be utilized to transcend those constraints that in our current understanding impose theoretical limits on the information processing attainable in a given lump of matter. We can with much greater confidence establish lower bounds on posthuman computation, by assuming only mechanisms that are already understood.”

This statement is characteristic of the kind of forward thinking Bostrom often utilized. In other words, this holds that the eventual discovery of new natural phenomena may help us better understand computational methods, the likes of which may also render the kind of future simulatory reality we are discussing here. However, it goes a bit more deeply too, in terms of the quest for human understanding. I once had a friend at NASA tell me that he “didn’t care for skeptics,” because if all of his fellow engineers, mathematicians, physicists, and other scientists were all naturally skeptical to the point of being dismissive, “we would never have gotten to the moon.” I realize that this observation is a bit apart from the core argument about a simulated reality, but it is an important tangent, in the sense that, much like the potential for unforeseen catastrophic risks in the eventual future, we also have an equal potential for new discoveries that may completely reshape the future which we currently envision.

Such being the case, we must consider the following: the future reality may not only be vastly different from what we perceive today, but there is also — at very least — some statistical likelihood that new innovations we will encounter along the way may speed up the process, hastening our furtherance toward… what? A future of A.I. living alongside us? A future where the intelligent machines we create enslave us? A future where we are protected from imminent destruction by preserving our consciousness within a simulation? Or, could we be the product of a civilization that has already done this, in which we are the constituent parts of a sort of digital time capsule, where our consciousness remains in a preserved state of synthetic functionality, indistinguishable from our notion of a base reality… for now?

Obviously, what we are seeing today is only the beginning. More and more thinkers and innovators — no less among them the aforementioned Mr. Musk — are being won over by the philosophical likelihood that we may exist within a simulation (and let us not forget, even Neil deGrass Tyson, dismissive of philosophy though he has been, at times, has now warmed up to the notion just as well). Surely, with time even more thinkers will begin to give this principle a second thought… and with the emergence of new technologies, the eventual goal may not be one of whether we can “prove” or “disprove” the idea that such a simulation could exist.

By then, we may be too busy trying to contact the operators.

Man Lives For A Year With His Heart In A Backpack