A 22-year-old recent graduate of the University of British Columbia, Canada, may become the youngest person to ever discover a planet--or, in Michelle Kunimoto's particular case--four of them.

Two of the planets are around the same size as Earth, one is Mercury-sized and the fourth is slightly larger than Neptune. And it's this last one that is the most exciting, as it may have water and even life on its surface. 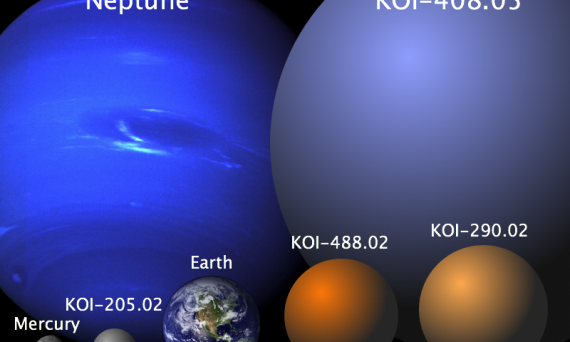 Kunimoto uncovered the existence of the four new exoplanets--or "planetary candidates" as they are termed until her discovery can be confirmed--while examining the masses of data from NASA's Kepler telescope to see if there was anything that might have been overlooked by other scientists. Which alone is pretty bold for an astronomy student.

To do this she spent months looking for tiny variations in the brightness of stars, a process her adviser called akin to "looking for an engagement ring in the grass." As Kunimoto explained in a statement:

A star is just a pinpoint of light so I'm looking for subtle dips in a star's brightness every time a planet passes in front of it. These dips are known as transits, and they're the only way we can know the diameter of a planet outside the solar system

And big planets have really big orbits, which means fewer transits--which makes Kunimoto's discovery of the Neptune-sized planet all the more extraordinary. Currently named KOI (Kepler Object of Interest) 408.05, it takes 637 days to orbit its sun some 3,200 light years from Earth. Of over 5,000 planets discovered with data from Kepler, only 20 have larger orbital lengths than KOI 408.05.

But that's not even the really cool part: the planet orbits within the habitable zone of its star, which means that surface temperatures on the planet could be conducive to the presence of liquid water and life. Kunimoto explained:

Like our own Neptune, it's unlikely to have a rocky surface or oceans, the exciting part is that like the large planets in our solar system, it could have large moons and these moons could have liquid water oceans.

Kunimoto has submitted her research to the Astronomical Journal where the existence of the new planets can be independently verified.

Physicists Twist Light and Slow it Down