Dubai has a habit of creating radically indulgent energy-intensive amenities for its residents--robot camel racing and indoor ski slopes for a start--but that doesn't mean that the once oil-rich nation is completely blind to climate change and dwindling natural resources. And so, The Dubai Electricity and Water Authority (DEWA) has unveiled plans to build a concentrated solar power plant, which will, of course, be the world's largest.

Several concentrated solar thermal plants have been switched on in recent years, including Ivanpah in the Mojave Desert, US, and one near the city of Ouarzazate in Morocco, which is currently the world's largest.

The plants generate power with the use of thousands of heliostats (or, mirrors, if you prefer) centered around a pillar, where the heat from the sun is "concentrated" and collected. This heat can then either immediately drive steam turbines to generate electricity, or it can be stored for later nighttime use--which is much easier and more cost effective than storing electricity itself.

It's pretty cool technology, except when it immolates passing birds.

So just how big is Dubai trying to go? According to the DEWA the project will consist of five phases, the first of which will see the plant generating 200MW by 2021. By 2025, when Dubai aims to be sourcing 25 percent of its power from renewable sources, the CSP facility will be producing 1000MW, almost twice the predicted output of Morocco's CSP. 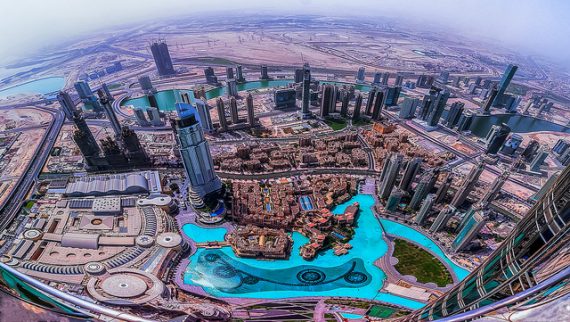 The project is part of a larger project within the Mohammed Bin Rashid Al Maktoum Solar Park, which will ultimately combine solar photovoltaics (solar panels) and CSP, to produce 5000MW of clean energy by 2030. This one massive solar park will reduce Dubai's carbon emissions by 6.5 million tons each year at a total cost of $136bn (USD).

All of which is excellent news, except for the birds.

Baby Dragons are Hatching Deep in a Slovenian Cave