Elon Musk and The Pentagon Are Discussing a “Flying Metal Suit”

In what might be the most significant move yet to blur the line between the fictional Tony Stark and the implausible Elon Musk, the Space X founder has disclosed that the recently met with officials at the Pentagon to discuss "something about a flying metal suit."

Something about a flying metal suit...https://t.co/6Z1D9iZ1fV

Which can only lead us to imagine some kind of Iron Man-like exoskeleton. And while it could be nothing more than a joke--comparisons between Musk and the Marvel Comics superhero have been rife for some time, which Robert Downey Jr. going to far as to meet with the Tesla founder so as to research his role--work by both private companies and government agencies to develop exoskeletons does make the glib tweet seem somewhat plausible. 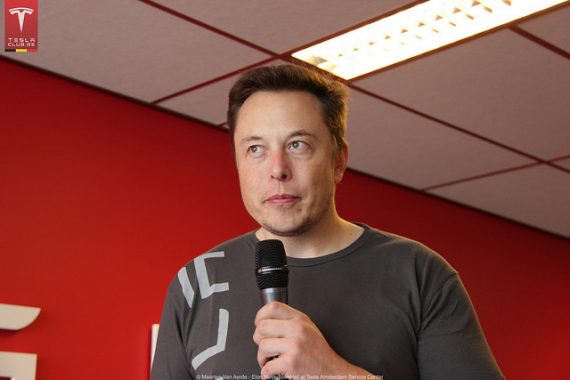 Indeed, DARPA has already been testing at least one exoskeleton on US soldiers, though the device is most certainly of the ground-dwelling type; a battery-powered rig that fundamentally makes walking easier.

So if anyone were to guide, or partner, with the Pentagon on getting a flying exoskeleton off the ground, who better than the man who has launched a successful electric car company, a private space agency and who sincerely plans to pack a group of humans off to work on the first Mars colony within the next eight years?

The Department of Defense is predictably tight-lipped about the whole thing, confirming only that Elon Musk met with Secretary of Defense Ash Carter to discuss... "innovation."

Is This the TR-3B? New Footage Of Alleged “Triangle UFO” Surfaces