Pennsylvania, one of America’s thirteen original British colonies, is a treasure trove of important points in United States history. Independence Hall in Philadelphia is the building in which the Declaration of Independence, as well as the U.S. Constitution were signed. Philadelphia is also home to the Liberty Bell, a symbol of American independence. Author, inventor, statesman, and founding father Benjamin Franklin died and is buried there. More modern famous residents (at least more modern than Ben Franklin) include artist Andy Warhol, actors Will Smith and Bradley Cooper, NBA legend Kobe Bryant, and singer Taylor Swift. Pennsylvania isn’t a small state, nor is it large, ranking thirty-third in size. Its geography is diverse, containing everything from mountains to inland shores, and, of course forestland. Lots and lots of forestland. This gives Pennsylvania plenty of room for unknown creatures to lurk. 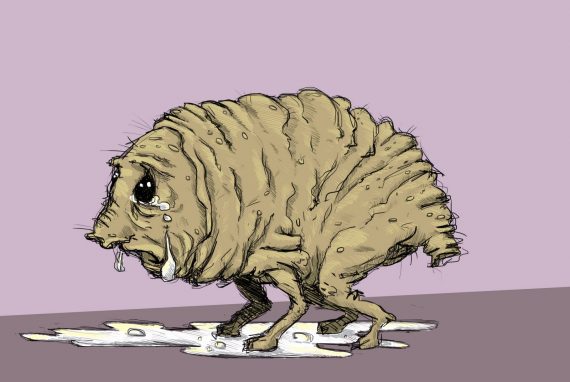 In the old growth forests in northern Pennsylvania lurks an odd beast named Squonk. With saggy skin covered in warts, this pig-like creature hides in the woods. A pathetic being, the Squonk spends its life crying. According to legend, anyone who tries to capture the Squonk ends up standing in front of a pool of tears.

The only story of a captured Squonk is from the book “Fearsome Creatures of the Lumberwoods,” by William T. Cox. Apparently a man named J.P. Wentling snagged a Squonk in a sack, but as Wentling walked toward home, the heavy sack slowly became lighter. When Wentling looked inside, all he found was a wet spot. 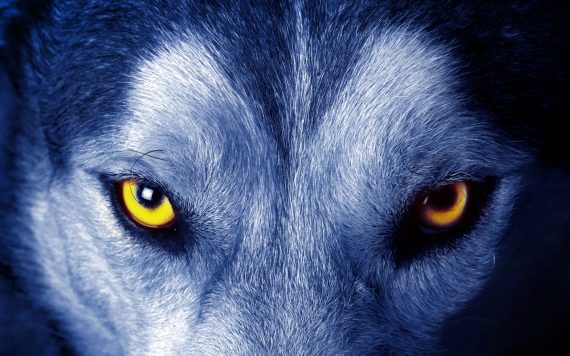 The following encounter in Mercer County, Pennsylvania, was sent to the Dogman Field Research Organization.

In 1990, a group of friends walked in the forest near their homes when they heard a crunching sound in the dark. One member of the group trained a flashlight on the area of the sound, and the light showed an enormous dog eating something on the ground. When the large canine became aware of the light, the creature, described as a man with a dogface, stood on its hind legs, glared at the group of friends and dashed into the trees. Some of them went back the next day and discovered a partially eaten deer carcass at that spot.

You wouldn’t think a man-made lake would be the basis of a monster story, but that’s just what they have in Huntingdon County, Pennsylvania.

Raystown Lake is a 28-mile-long reservoir with a surface are of 8,300 acres, and a maximum depth near 200 feet. It’s also allegedly home to Ray. Ray was first reported in 1962 in the first incarnation of the lake. The lake had originally formed in 1905 when a dam was created to control flooding. The Army Corps of Engineers replaced that dam in 1971. The 1962 sighting nearly canceled the Raystown Ski Club Water Show. People reported seeing a fifty-feet-long “Loch Ness Monster” type creature around the ski area. It had a lizard-like head attached to a thick, serpentine neck.

Although sightings are slim, the above photograph taken by a tourist in 2007 has kept the legend of Raystown Ray alive.

Werewolves and Bigfoot (see later) aren’t the only hairy bipedal critters encountered in Pennsylvania. The woods around the city of Columbia are supposedly inhabited by a four-foot-tall human-like monster called the Albatwitch.

The name is a somewhat shortened form of “apple snitch,” which these creatures are known to do. The Albatwitch have a habit of stealing apples from picnic baskets, or while sitting in trees, and throwing the fruit at people. A healthier habit than their bigger, hairier cousins the Bigfoot who are known to throw large stones.

Although most encounters with these small, furry forest dwellers are from the early history of the state, there are reports from the 1950s through the 1970s of people seeing and hearing the Albatwitch. 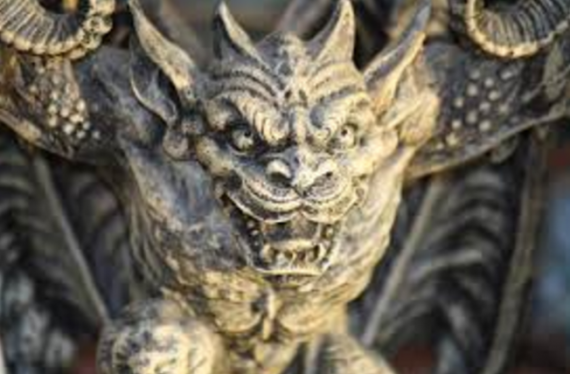 In and around Butler County, Pennsylvania, a number of people have seen what they described as a gargoyle. One encounter, reported to researcher Stan Gordon in March 2011, involved a man driving in rural Pennsylvania. He saw what he thought was a deer on the side of the road, but when he eased closer a leather-skinned eight-foot-tall humanoid shape stood from a squat, and crossed the road in three steps.

The witness described the head of the monster as sloped in the back like it wore a bicycle helmet. Its muscular arms ended in claws, and its legs bent like a bird’s. But the strangest part of the creature were the wings on its back that lay flat on its body, the tips reaching up to its ears.

This wasn’t the only encounter with the gargoyle. In that same month, at least six motorists saw the Butler Gargoyle along that stretch of road.

Sightings of monsters in Pennsylvania already covered in “Exploring American Monsters include Bigfoot, thunderbirds, and pterodactyls.

Next up: Rhode Island.