Ghost Rockets in Dreams: Phantom Projectiles From the Subconscious?

Some of the most unusual and, at times, even meaningful experiences of the esoteric variety are those which occur during dreams. On the more extraordinary side of things, some claim to have had what are believed to be "psychic" dreams, in which they foresee coming events before they have actually transpired. On the lesser end of the mysterious spectrum of dreams, many have described having recurring dreams, which sometimes repeat dozens of times over the years, or even spanning an individual's entire life.

Recently, I received an email from an individual that described such a dream, and its odd imagery that had persisted throughout the experiencer's nighttime escapades for many years. He relates the odd details of the dream as follows:

When I was about 5 or 6, I had a dream that repeated exactly dozens if not a hundred times over.

It would be dark and my three brothers and I would be playing on our swingset in the back yard. Our mean babysitter at the time would yell something at us out the back door (but in the dream it was just her voice, and not real words) and go inside. Then my parents would pull up the drive and get out of the car and yell hello to us as the smell of McDonald's filled the air. Once they walked into the house, me and my brothers would tie one of us to a rocket (like the acme rockets the coyote used) and light it and watch it launch into the sky.

This dream never wavered a bit except for which brother we tied. There was no malice. The brother tied didn't care. It was a willing thing. I have no idea what came of the rocket. It never exploded, just took off. 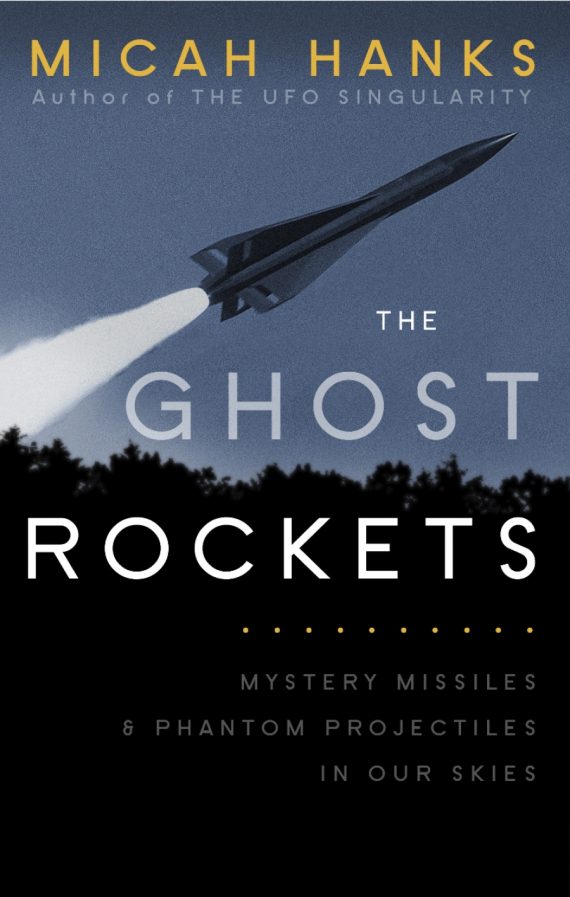 I found the imagery described in this recurring dream odd, and even a bit comical; although it also reminds me somewhat of a series of childhood encounters that incorporated sightings of "rockets" into the narrative, which I had managed to collect for inclusion in my book The Ghost Rockets: Mystery Missiles and Phantom Projectiles in Our Skies.

One of the stories allegedly took place on Halloween night in 1976, near Garland, Texas. The witness, who was just a child at the time, described observing several copper-colored, rocket-shaped objects or aircraft as they moved over the street in his neighborhood. Though there were other children, and even several parents that were all present at the time as well, no one else nearby seems to have seen the “rockets”:

I was 4 or 5, and it was Halloween. I had been across the street from my house playing with a friend, and my mother came to take me home for bed. I always went to bed around 8:00 (PM). As we were walking across the street, I saw almost directly over me, and flying over my house (about 10 ft above house), a line of crafts that were copper, and shaped like missiles. They were going pretty slowly, and there were no windows or anything like that. It made no noise.

A similar story of a boyhood "rocket encounter" that I found had taken place in 1983, at Balderton Newark on Trent, near Nottinghamshire, England. The ten-year-old witness had been playing with his elder brother and the local vicar’s son, and were headed toward the witness’s home. 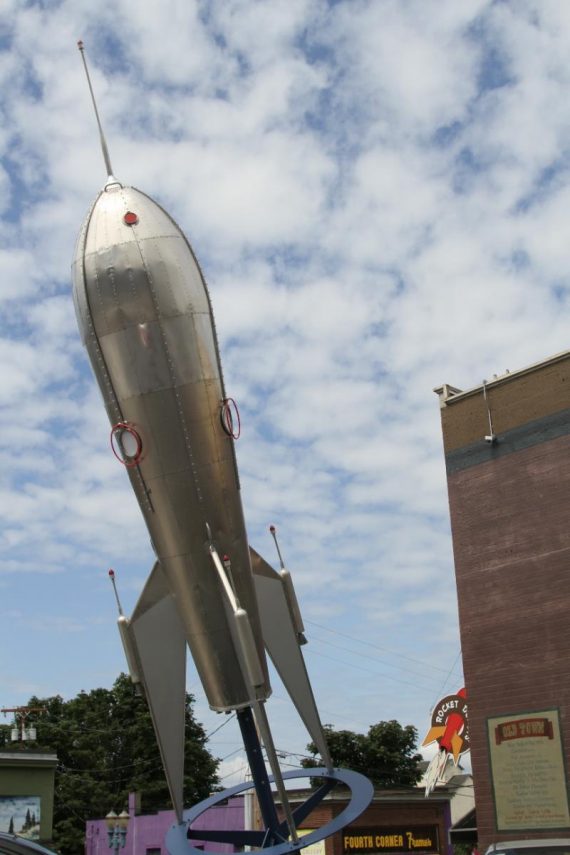 At some point, the three children noted a "strange silence" that came over the entire neighborhood, during which "all the summer sounds of birdsong, traffic nearby, etc, had seemed to cease altogether." Suddenly, the boys observed three missile-shaped objects, which were flying at low altitude over their neighborhood. According to the main witness, these "rockets" looked to be moving approximately 10 miles per hour, and were “about two buses in length and about a double bus height.” Each one appeared to have been made of some dark colored metal, and possessed three large fins toward the tail portion of the craft. The boys watched as each rocket moved noiselessly through the air, producing no flame or exhaust, and that one objects even passed through through his parent’s house, “like a magician walking through a wall.”

Although the above recollections aren't described as having been "dreams" like the initial story that was emailed to me, I chose to make the comparison between them because of the unusual, and what are arguably even dream-like circumstances they relate; in one, an object described as being similar to a rocket is observed by a child who is the only individual capable of seeing the craft; in the other, three boys are purportedly able to observe an object, which seems to possess "ghostly" characteristics, and is observed during a strange period of silence in his neighborhood. What are we to make of such descriptions, and is there any particular significance to the imagery of the "rockets" that occur in these stories?

In my aforementioned book, I note the fact that so many of these "rockets" of the spectral variety do tend to be seen by young boys. "Had the witnesses been girls instead," I noted at the time, "would they have been as prone to describe seeing large projectiles or other potentially deadly and destructive objects? Again, this is not to say that many of these young male witnesses over the years hadn’t seen anything at all. However, the realistic potential for the creation of false memories on account of an overly impressionable young mind (particularly with those reports where witnesses were between five and ten years of age) must be given fair consideration, especially when such striking similarities continue to emerge decade after decade."

Generally the appearance of a rocket in a dream is representative of what are called "transportation dream symbols", which represent the dreamer's journey toward accomplishing goals; in the case of the dream at I was sent via email, as I discussed earlier, perhaps the act of one of the brothers being tied to a rocket was symbolic of the children overcoming feelings of oppression by their babysitter; some might instead attribute the presence of rockets in such dreams to Freudian notions of sexual symbolism which, in some cases, might indeed be linked to the appearance of what are perceived as "rockets" by the young male observers.

Granted, in other cases, perhaps some of the imagery discussed actually had been representative of real happenings, as may have been likeliest with the last of the three stories above. If the three objects were indeed seen by all of the witnesses, could there have been another explanation for the projectile's apparent "phantom" capabilities, that allowed it to pass directly through the observer's parent's home; an optical illusion? Regardless, there may yet be some instances that do involve legitimate "anomalies", or even more traditional misperception of known varieties of aircraft that, time and time again, lead to unexplainable observations that have filled the drawers and file cabinets of many hopeful UFOlogists over the years.