We know giraffes are disappearing because of human encroachment, but one in Kenya is actually fading away right before our eyes. Spotted (pun intended) six year ago and monitored ever since, this male giraffe may have something in common with the late Michael Jackson.

I first started to see a few white spots appear on the animal’s coat back in November 2009, and was puzzled as I had never seen this before.

Biologist Zoe Muller from the Rothschild’s Giraffe Project and the University of Bristol works at the Soysambu Conservancy in Kenya. She’s well aware of the rare cases of so-called albino giraffes, including the young female born a few years ago in the Tarangire National Park in Tanzania. That giraffe, as with most other white ones, is actually leucistic, meaning it suffers from a partial (in her case, nearly total) loss of pigmentation but does not have red eyes of a true albino.

Since this Rothschild giraffe was not born partially white but is becoming white over time, Muller believes it suffers from vitiligo – the same disease that caused Michael Jackson’s skin to turn lighter overall and white in patches later in his life. While rare in humans and among a few animal species (horses, dogs and buffaloes), this is the first known case in giraffes.

Although the cause of vitiligo is not know, Muller says the giraffe’s behavior made her suspect it was infected with a skin virus.

I noticed the giraffe would engage in excessive scratching. He would position himself in a thick bush, and rock backwards and forwards for thirty minutes or so, scratching his head and neck area.

That’s not good. Besides the fact that its less-camouflaged color and possibly weakened condition make it vulnerable to predators, the virus could spread to other members of Rothschild’s giraffe population, which numbers around 1100. While vitiligo isn’t fatal, anything that endangers an already endangered species is a cause for concern and both the infected giraffe and others in the park will be closely monitored.

Will having vitiligo have any other Michael Jackson-like effects on this giraffe? 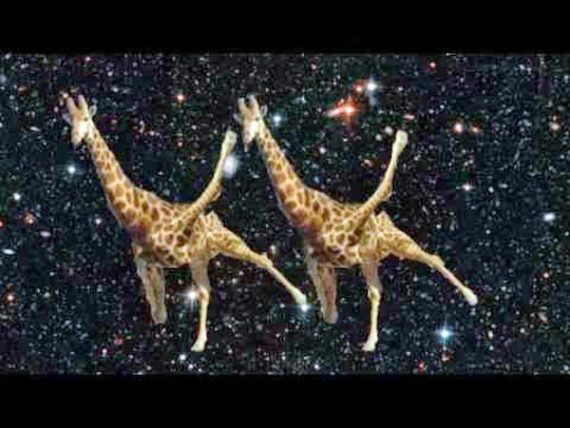 Newly-Found Earth-Orbiting Object May Be a Mini-Mini-Moon