The ancient city of Petra, Jordan, is a pretty well-documented place; it’s one of the seven new wonders of the world, a UNESCO world heritage site, and archaeologists have been examining the place for 200 years--even Indiana Jones was a fan of the place. But it turns out the city has yet to reveal all its secrets, and one “space archaeologist” has uncovered a large undiscovered structure “hidden in plain sight” at Petra with the help of Google Earth. 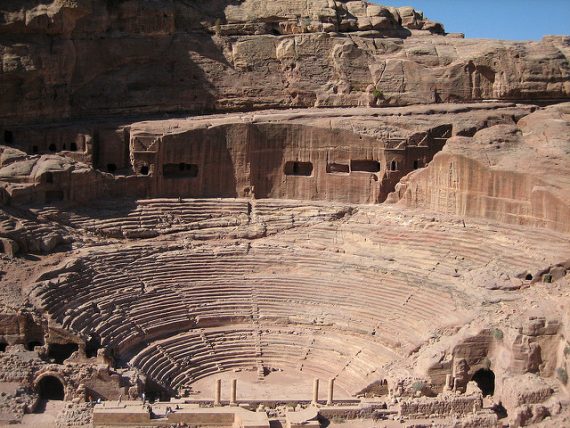 The space archaeologist in question is Sarah Parcak, a professor at the University of Birmingham, Alabama, who uses satellite imagery and algorithms to uncover lost sites hidden beneath vegetation. And she’s pretty successful; to date she has uncovered 3,100 settlements, 1,000 lost tombs and 17 potential pyramids in Egypt. But when Parcak set out to look at Petra, her ambitions were somewhat modest.

As Parcak explained to NPR:

We thought that we’d maybe find some small stone structures or roads, but we didn’t think at all that we’d find anything large, just because Petra is a world heritage site and it’s been worked on intensively for 200 years.

But as Parcak examined high resolution satellite images from Google Earth and the WorldView-1 and WorldView-2 satellites she noticed a large rectangular shape on a plateau just one mile south of Petra’s ancient city center. 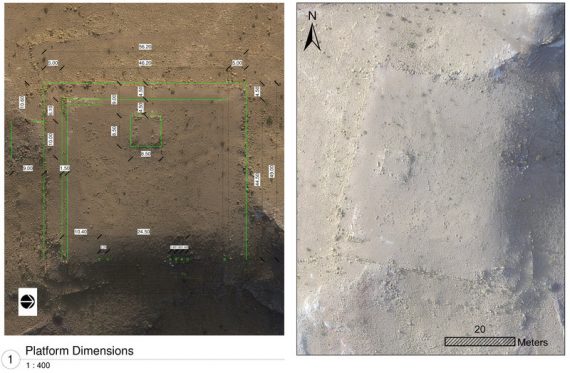 Parcak passed along her findings to colleagues in Petra, who conducted ground surveys and aerial photography to confirm that there is indeed a grand 184 by 161 foot platform that features columns and a starcaise right there in Petra. It’s an incredibliy grand structure, and archaeologists believe it was constructed in the second century BCE when Petra was flourishing as the Nabataean capital.

We know it’s large, it’s significant, it’s important. It probably would have had some kind of public function… Could it be used for religious purposes? Was it some sort of public administrative structure? I wish I knew.

There is an additional smaller structure atop the ancient platform that sits east to west, and dates from the seventh century--which could indicate the construction of a Christian chapel constructed during the Byzantine era directly before Petra’s fall.

Parcak hopes that some of the mysteries surrounding the structure will be revealed during excavation later in the year.

Photos CC by 2.0 Doug Perkins and Maureen on Flickr

The Professor and His Companion: Myth, Archetypes, and Time Travel