King Kong is one of the most iconic movie monsters of modern cinema. Dating back to his conception in the 1930s, the creature was envisioned by creator Merian C. Cooper as a massive, prehistoric ape, although the protagonist of the original King Kong film in 1933, adventurer and promoter Carl Denham, described the creature as "neither beast nor man."

Elsewhere, those who believe in the existence of the creature known as Sasquatch might consider it to be a sort of real-life counterpart to King Kong; each possesses a strange confluence of both beastly and manlike traits, all befitted upon an animal of massive stature.

Arguably, the confusion about what qualifies as "beast", and what can be likened more to being "manlike", is a prime contributor in the divisive attitudes among those who study Sasquatch: the creature seems too extraordinary to be anything remotely feasible as far as what nature alone may provide, and yet the best evidence supporting their existence suggests that this creature, if real, is something a bit more than merely human. Such confusion has helped foster  notions among the more open-minded that the creature may be more than physical -- possibly some kind of inter-dimensional or spirit-being -- similar to existing notions about Sasquatch that exist among North American Indians which incorporate such things as shape-shifting "skin walkers" into their mythos. 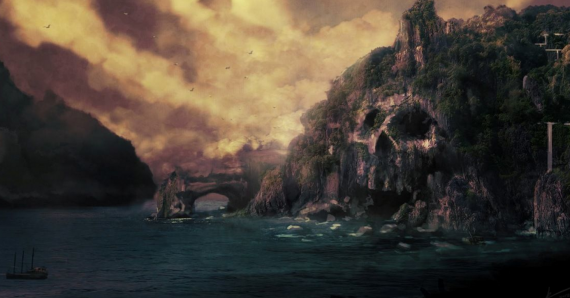 It is hard not to recognize the similarities between the King Kong, and the various interpretations of Sasquatch as a similar, massive "man-beast". However, careful observers over the years will have noticed that King Kong, apart from his innate monstrosity, has possessed even more curious features, at times.

Kong's physical traits and overall appearance have changed throughout the course of the various film adaptations in which the creature appears. While the original 1933 film featured a creature that was distinctly more ape-like, Dino De Laurentiis's 1976 remake saw Kong as a bipedal monster (once again giving the creature a more Sasquatch-like appearance). However, despite the variable anthropomorphisms attributed to Kong over the years, nothing about the monster has been more inconsistent than the creature's size, which the watchful moviegoer may have seen changing several times within a single film.

The original size of the monster intended by creator Merian C. Cooper had been a 40-50 foot tall apelike beast. However, during production of the 1933 classic, Willis O'Brien, the film's animator, designed models of the creature that, paired with the sets they accompanied, placed Kong at a mere 18 feet tall while on his home of Skull Island; once the creature arrives in New York later in the film, his size is noticeably larger, having gained an additional six or seven feet. Although these are the official scale sizes between the sets for the two locations in relation to the models of Kong used in the film, O'Brien and Cooper used camera angles and placement of various props to create the impression that Kong was even larger; at times, the beast appeared to have grown to a startling 60 feet!

Cooper explained the "shape shifting" in an interview after the film was released, in which he discussed these changes as being stylistic choices, rather than inconsistencies resulting from error:

I was a great believer in constantly changing Kong's height to fit the settings and the illusions. He's different in almost every shot; sometimes he's only 18 feet (5 m) tall and sometimes 60 feet (18 m) or larger. This broke every rule that O'Brien and his animators had ever worked with, but I felt confident that if the scenes moved with excitement and beauty, the audience would accept any height that fitted into the scene. For example if Kong had only been 18 feet (5 m) high on the top of the Empire State Building, he would have been lost, like a little bug; I constantly juggled the heights of trees and dozens of other things. The one essential thing was to make the audience enthralled with the character of Kong so that they wouldn't notice or care that he was eighteen feet (5 m) high or forty (12), just as long as he fitted the mystery and excitement of the scenes and action.

Kong's career as a shape-shifting, Sasquatch-like beast didn't end in 1933, though. In the 1976 Dino De Laurentiis remake, the creature had been 42 feet tall while at home on Skull Island, and later appears to have grown to 55 feet once he arrives in New York. Once director Peter Jackson tried his hand at directing a Kong film in 2005, the monster was made to be noticeably more ape-like, and was scaled a consistent 25-feet in height throughout the film.

Following the recent Legendary Pictures release of Godzilla, in which the prehistoric protagonist stands at a whopping 350 feet, new about the company's upcoming film Kong: Skull Island has disclosed that the famous man-monkey will now be scaled at a 100-foot-tall. With a projected release of March 2017, Kong: Skull Island will be followed in 2020 by Godzilla vs. Kong on May 29, 2020, in which our Bigfoot-like buddy will face off against the King of the Monsters in an epic world filled with similar mighty (and monstrous-sized) characters. 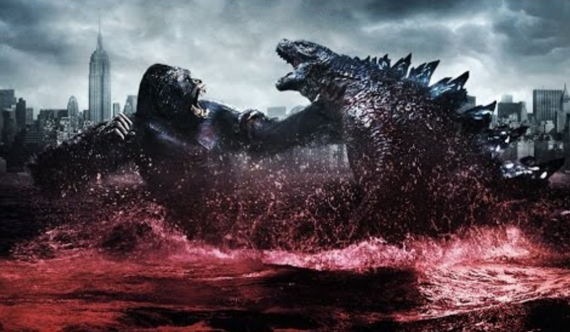 Granted, since even at his largest, Kong will likely be less than 1/3 the size of Godzilla, perhaps the hairy antihero's days of "shape shifting" aren't yet over... unless the directors can come up with another conceivable way to make the two monsters an ideal size-match for one another on the silver screen. Then again, here's an idea: maybe Legendary Pictures can make their version of Kong even more like Sasquatch, and grant him the apparent abilities of:

Surely, if Kong were to possess these Sasquatch-esque traits, he might prove to be quite a formidable opponent for Godzilla, after all!