Misinformation: The “Bad” Ideas That Shape Our Beliefs

Generally, the discussion of UFOs today revolves around one of two dominant, relatively polarized positions on the subject. One is the advocacy or "belief" in a real, tangible phenomenon, and the other is the skeptically-oriented attitude that all belief in UFOs can be chalked up to misperception, or some other underlying psychological factor ranging from delusions and fantasies, to outright dishonesty.

While the debate over the existence of UFOs rages on, there is an underlying factor that is less widely discussed, which has little concern for whether a case "for" or "against" UFOs can be made. This is because it deals with the fact that both of these positions have been actively promoted by official agencies over the years, whenever circumstances arose in which one or the other became particularly advantageous in the name of government secrecy. 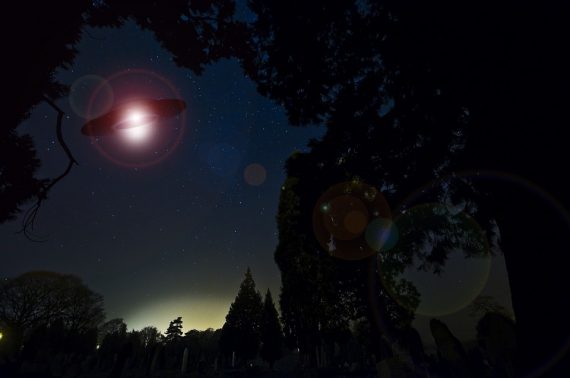 Because of this, over time I have begun to gravitate more toward what I perceive as being the likelihood that, while certainly not all UFO sightings and reports can be easily explained, a distinct majority of the more well-documented UFO cases over the years involve some element of misdirection, typically presented to one or more individuals that are in some way involved with UFO research. This is typically for the purpose of steering their attitudes on the subject, perhaps in an effort to distract them from coming to more logical conclusions (as we will examine in a moment with the story of Paul Bennewitz), although there are also instances where the broader objectives appear to be aimed at merely gauging the reactions of the targeted individuals.

The story of Paul Bennewitz is, arguably, among the most widely-recognized instances where a person interested in UFOs was deliberately given bad information about the subject by a government agency. Here, the reason for this had been aimed at misdirecting his attention from what were, at the time, secret NSA coded microburst tests that were being carried out at Kirkland Air Force Base (and, as I have noted on many occasions before, my friend Greg Bishop's book Project Beta is the best source of information on the Bennewitz affair; I also reference Bishop's research in an article here at MU, which suggests that astronomer and UFO advocate J. Allen Hynek may even have played a roll in the operation). Bennewitz was given equipment that helped him decode what he thought were "alien" messages, and furthermore, was encouraged to continue this UFOlogical research by Air Force authorities that included AFOSI Special Agent Richard Doty.

Influenced by Bishop's work, London-based researcher and musician Mark Pilkington's book Mirage Men (upon which a documentary film of the same name was based) delves into numerous other famous UFO cases from the last several decades, in which similar operations could  have been underway. These range from the possible manipulation of some of the key players in the famous Maury Island UFO incident, (which included pilot Kenneth Arnold), and the strange role of one man, Fred Crisman, whose role in the affair seems to strongly suggest government involvement; as noted by Pilkington, and cited earlier by researchers Peter Levenda and Nick Redfern, Crisman would go on to be associated with numerous circumstances which makes his appearance all-the-more questionable.

No less among these had been the assassination of U.S. President John F. Kennedy, as Crisman was later subpoenaed to appear before the Warren court regarding the case against Clay Shaw, the only man prosecuted -- and acquitted within one hour of appearing before a jury -- in the investigation of the assassination of JFK.

There is also the bizarre kidnapping and sexual escapades of Brazilian farmer Antonio Villa-Boas in the 1950s (an early "UFO abduction" so lacking in sophistication by its players that it can hardly be disputed that the "craft" which kidnapped him had been a helicopter... though his forced sexual encounter with a beautiful blonde "alien" while on board isn't the worst thing he might have been subjected to). Such staged UFO sightings and phony "alien" encounters were carried out in this way, with the apparent intention of inspiring belief in extraterrestrials among the more imaginative members of the general public... but to what end?

Meanwhile, official disclosures made by government groups and scientific organizations such as the 1968 Rand Corporation study, as well as the University of Colorado UFO Project headed by Edward Condon, presented "objective" opinions on the matter which underscored the need for "badly needed objective data", paired rather paradoxically with the notion that no further scientific benefit could be derived from the study of UFOs. Of course, we can't prove precisely who, or what agencies were likely behind incidents like the Villa-Boas "abduction", or countless other stories involving UFOs; careful review of the evidence, however, suggests that there was hardly anything "alien" about such cases, with the data favoring psychological manipulation and misdirection instead.

Even more recently, the degree to which detailed data has appeared in conjunction with UFO hoaxes has been impressive; consider the famous case of the CARET drones (more about which can be read here). With the plentiful appearance of digital imagery that had been *almost* convincing, paired with shadowy, official-looking documentation, supplemented by further commentary by an individual calling himself "Issac", the entire affair brought an air of realism to it that was almost on-par with the famous MJ-12 documents... another classic example of bad information that has made its hands into otherwise good researchers, with the net result of dividing opinions, and feeding the polarization of people's attitudes.

Today, that polarization continues, of course. But as we stop to consider the way our beliefs are so often affected by what information appears before us, we must remind ourselves that there are deeper questions that we must ask from time to time... questions with implications beyond simple "do you" or "don't you" positions. Between the realms of doubt and belief, one can find that dogmatic attitudes about UFOs, and perhaps countless other subjects, have slowly formed -- or have perhaps even been shaped -- over time, with the help of those who have pushed either ideology for purpose of gain in other areas.

A Perfect Place to Die: Mysterious Suicide Spots of the World