Mysterious Origin of the Devils Hole Pupfish Has Been Found

Devils Hole is a hot, oxygen-starved, limestone cavern with an underground pool containing what may be the world’s most isolated species: a small group of tiny pupfish whose every member has mysteriously lived in this desolate part of Death Valley National Park undisturbed for tens of thousands of years. A new study has finally determined where the Devils Hole pupfish came from and how its dwindling numbers might be saved from extinction.

Devils Hole is part of the Ash Meadows complex, an area of springs fed by a groundwater system containing so-called “fossil water” that has been there for thousands of years. That water makes this a desert oasis home for unique plants, animals and endangered fish like the Devils Hole pupfish (Cyprinodon diabolis), a tiny (one inch-2.5cm long) that mysteriously showed up thousands of years ago and never saw any reason to leave. Unfortunately, its dwindling numbers (some estimates put the remaining total at 30) threatened to make it extinct before its origin was discovered. 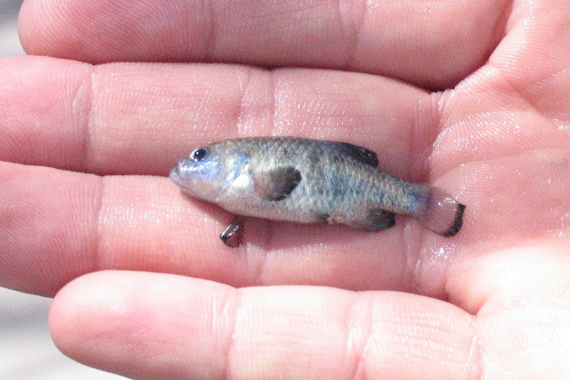 That’s no longer the case. Researchers led by Ismail Saglam and Michael Miller of the University of California, Davis, compared the genetic history of Devils Hole pupfish to two others - the Owens pupfish (C. radiosus) and the Ash Meadows Amargosa pupfish (C. nevadensis mionectes). They found that the Devils Hole pupfish split off and entered its isolated kingdom 50,000 to 60,000 years ago, living there far longer than previous estimates of no more than 10,000 years.

That new date-of-origin coincides with another significant event – the birth of Devils Hole itself – which told the researchers how they got there.

The pupfish colonized and have survived in Devils Hole since the cavern opened to the surface. The two events, [the] colonisation and collapse of the cavern's roof, could have been caused by a common, yet unidentified, geologic event.

According to their study, published in Molecular Ecology, the researchers determined that the pupfish did not enter Devils Hole by choice but managed to survive there for 60,000 years in spite of it. And, unfortunately for the endangered species, that is where it will stay. Efforts to establish new colonies in aquariums or other caves have failed. A Devils Hole pupfish recovery plan has been in place since the 1980s to study the Devils Hole and Ash Meadows ecosystem to raise and preserve water levels and maintain the chemicals and organisms in the water crucial to pupfish life. Knowing its genetic connection to other pupfish may help.

The Devils Hole pupfish is a living fossil and a monument to survival. Let’s hope we can save it before it’s too late. 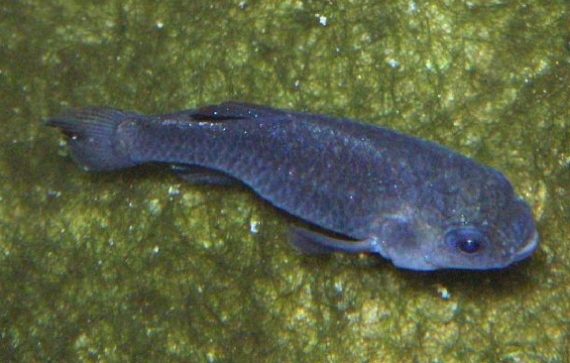 Chinese Scientist May Have an Explanation for Ball Lightning