A construction project in Grahamstown, South Africa has turned up a collection of fossils dating back 360 million years, some of which represent previously unknown species. The South African National Roads Agency, who was overseeing the construction, made the announcement in June 2016 after the fossils had been carefully excavated from other rock which was being cut with explosives. 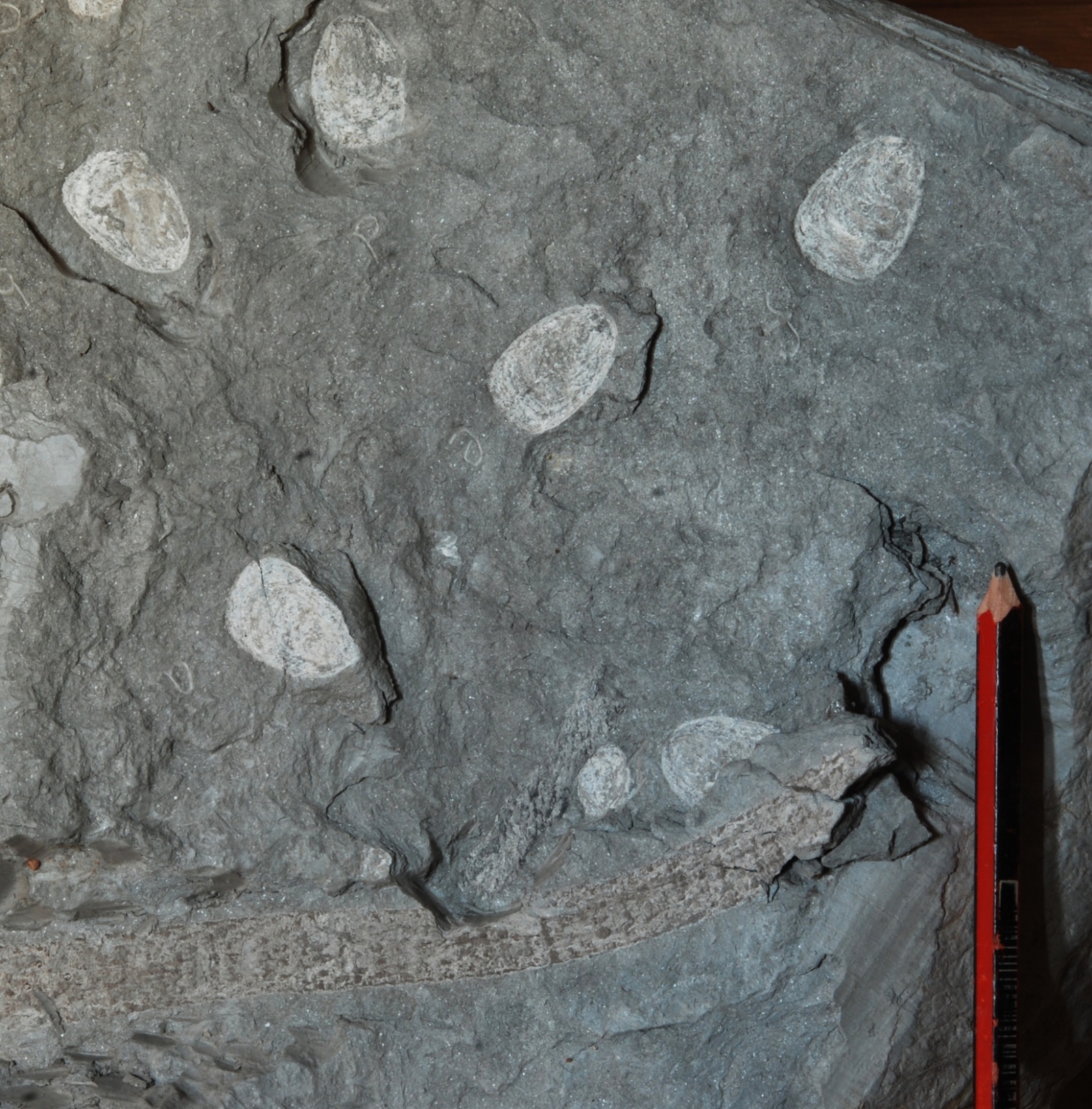 Bivalve fossils found at the site

The fossils date back to the Devonian period, a time when Africa, Antarctica, South America, and Australia were joined together to form a supercontinent called Gondwana. The Devonian period lasted around 60 million years and was a time when terrestrial species began to diversify and spread out across the Earth’s landmasses. Trees and plants as we know them now first began to appear during this time, and the Earth’s oceans saw an explosion of fish species; fish species multiplied so much that the Devonian period is sometimes called the “Age of Fish.”

These new fossils show evidence of ancient, now-extinct bivalve species that have not yet been identified, as well as some new plant species. The plants discovered include several ancient shrubs, a number of lycopods and Zosterophylls. The most significant find is the complete specimen of an Archaeopteris notosaria tree, a first of its kind.

One of the plant fossils collected at the site

Dr Robert Gess, an environmental consultant with Grahamstown’s Albany Museum, said that these fossils will help complete the fossil record of this particular part of South Africa, which has previously been based solely on a collection of fossils taken from a nearby farm:

The discovery is significant as paleontological research and scholarship on marine ecosystems of the Devonian period was primarily anchored in the fossil discoveries of Waterloo Farm. Now, we are able to trace a much broader picture of life along an ancient coastline through the discovery of new plant and invertebrate species.

The site where the fossils were found is believed to be an ancient river bed. Since a high number of other fossils have been found nearby the site, it has now been chosen for a protected area with educational displays for the public.