NASA has just deployed the first test of a long-in-the-works technology that will provide solar system-wide internet. The technology--called Delay/Disrupt Tolerant Networking (DTN)--behaves somewhat like a terrestrial wifi system, and will enable better data transmission between the ISS and ground stations on Earth, with robotic spacecraft in deep space, and one day with humans on other planets.

On Earth, data transmissions are passed along through a series of nodes, or static communication points that are all active and available at the same time. But in space such nodes are not stationary, so new technology had to be developed to allow data to be stored at a given node and then passed along to the next one as and when it becomes available, as shown in the video below.

The first test of DTN has been installed aboard the International Space Station's Telescience Resource Kit (TReK), which NASA explains is "a software suite for researchers to transmit and receive data between operations centers and their payloads aboard station." The DTN will enable operational file transfers and enhance mission support applications. 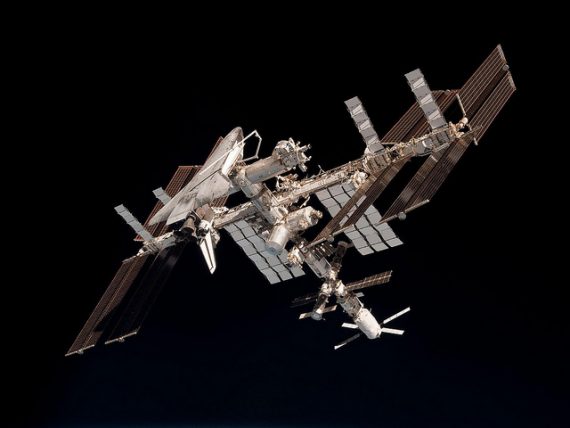 But the implications of DTN beyond this are pretty wide-ranging. Sure, it will enable communication with the first human colonies on Mars (assuming that such missions go ahead), but it could also prove useful here on Earth in post-disaster scenarios.

Our experience with DTN on the space station leads to additional terrestrial applications especially for mobile communications in which connections may be erratic and discontinuous. In some cases, battery power will be an issue and devices may have to postpone communication until battery charge is adequate. These notions are relevant to the emerging 'Internet of Things'.