Cute and colorful are not typical descriptors for spiders, but then again, the peacock spider family is remarkably unlike any other. The tiny, vividly-marked jumping spiders--which are native to Australia-- have developed quite a following, and the Sydney-based expert who has just discovered seven new species of the arachnid says that their behavior is less spider-like, and more akin to that of cats and dogs. 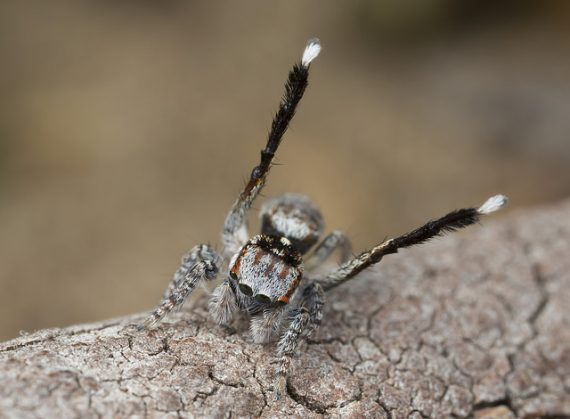 Jurgen Otto has devoted much of the past 10 years to the study of peacock spiders, and has been responsible for the discovery of many of the roughly 48 species of the Maratus gene now recognized. At between two and half- and five-millimeters long, the creatures are rather hard to find as they leap between leaves and branches in forests and parks. Indeed, Otto first encountered them when he nearly stepped on one. 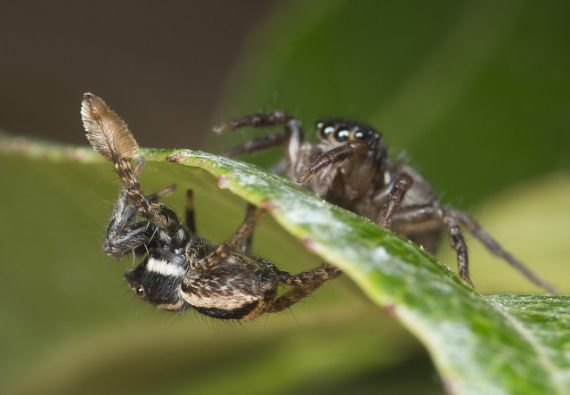 They are primarily notable for the extraordinary, colorful patterns that adorn the bodies of the males. And it's believed that the ornamentation is strictly for the purpose of attracting a mate; the male will perform a dance to show off its bright abdomen, and if the female is enamored with the patterns, they'll mate. If not, she'll move on.

All in all, the courtship behavior is nothing short of comical. As Otto explains on his Facebook page, "it is like they stepped all out of a Pixar movie."

But it's not just their extraordinary markings and wacky dances that make the Peacock Spider unique--underlying aspects of their behavior also set them apart from other arachnids. As Otto explained to The Guardian:

They behave very differently to how people think a spider does ... they behave more like cats and dogs, moving around, perceiving and reacting to their environment. 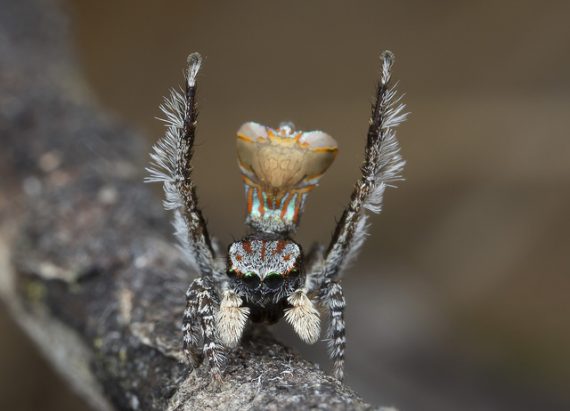 Otto has coauthored a study on the recent discoveries, and has named the most colorful of the newest peacock family members Maratus bubo, as the pattern on the abdomen reminded him of an owl (bubo being the genus name for horned owls).

And Otto hopes that the fascination with the comical, "fairly cute" peacock spiders might help change public perception of our maligned eight-legged friends:

Next time someone sees a spider in their kitchen--even if it is black and scary--I hope that they might stop and think before they step on it.