Orson Welles Terrified a Nation with ‘War of the Worlds’… Twice

“Good heavens,” the announcer said, the clear presence of dread entering his voice. “Something’s wriggling out of the shadow like a gray snake. Now here’s another and another one and another one."

It is indeed hard to imagine what, precisely, listeners tuning in to The Columbia Broadcasting System and its affiliated stations must have thought on the evening in question. The date was October 30, 1938, and 23-year-old Orson Welles was presenting, in conjunction with the Mercury Theater, a live radio drama based on the work of another man of a similar name: H.G. Wells' War of the Worlds.

"They look like tentacles to me … I can see the thing’s body now. It’s large, large as a bear. It glistens like wet leather. But that face, it… it … ladies and gentlemen, it’s indescribable. I can hardly force myself to keep looking at it, it’s so awful. The eyes are black and gleam like a serpent. The mouth is kind of V-shaped with saliva dripping from its rimless lips that seem to quiver and pulsate.” 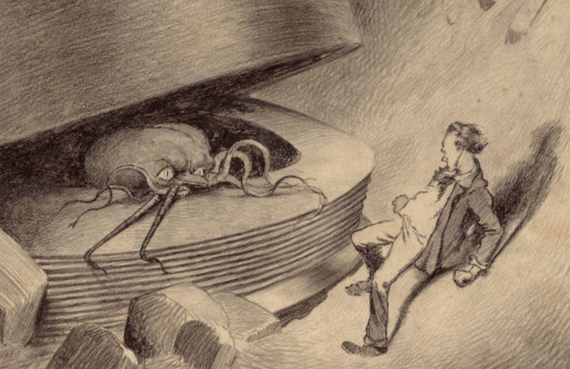 For its time, the entire stunt was indeed innovative, as well as convincing on many levels. So much that, across the American countryside, sharecroppers armed with shotguns and pitchforks had holed up  with their families in farmhouses, awaiting the threat of these massive, tentacled monstrosities on their way to capture and enslave humanity.

All hell was breaking lose, essentially... with or without an actual alien invasion.

The following day, Orson Welles held a press conference in which he apologetically explained that his intention, compared with the end result, had been very different indeed:

"I am terribly shocked by the effect it has had. I don’t believe the method is original with me or peculiar to the Mercury Theatre’s presentation. . . . Radio is new and we’re learning about the effect it has on people."

The incident had caused so much of a stir that the the Federal Communications Commission (FCC) led an investigation, but found no laws were ever broken during the live taping of what so many had believed to be a real alien invasion. Despite no litigation or other penalties, the young Orson Welles had been convinced that his career was ruined; and yet, he went on to contribute to such memorable classics as Citizen Kane, in addition to a number of other notable scripts and performances.

One would think that, after the sheer madness that ensued in the United States following that ill-fated Halloween broadcast in 1938, that the proverbial lesson would have been learned. This was indeed the case, at least for Orson Welles and the FCC... but it wouldn't quite ring true elsewhere.

A lesser known incident, which nonetheless ended under remarkably similar circumstances, would occur six years later after a similar broadcast was staged in Santiago, Chile. Shortly after 9:30 PM on November 12th, 1944, residents throughout the region became entranced, enraged, and affrighted (to employ a bit of archaic terminology), as the now-famous story of slithering assailants was projected into homes throughout Santiago's rural countryside.

The script for this rendition of the story had, in fact, been written by William Steele, an American who, in likelihood, had been quite familiar with Welles' previous exploits into infamy. The British Website War of the Worlds, Invasion: The Historical Perspective, gives the following account of Steele's involvement with the project:

"Steele and his assistant Paul Zenteno did exactly as Welles' writer Howard Koch had done and decided to plot the conquest of Chile using familiar place names. The initial landing site they settled upon was some 15 miles south of Santiago in the town of Puente Alto. The same device of relaying the action as a series of news flashes was also employed, to identical devastating effect, such that according to a Newsweek report of the time (27th Nov 1944 issue) an electrician named Jose Villarroel, a resident of Valparaiso (70 miles northwest of Santiago) was so frightened that he died of a heart attack."

Earlier reports of death and suicide during Welles' initial broadcast in 1938 had apparently gone unsubstantiated, although records seem to indicate that the man referenced above, Jose Villarroel, had indeed succumbed to a heart attack in the wake of the panic caused by the Santiago broadcast, which had indeed made him what appears to have been the first, and only individual that died as a result of a perceived "alien invasion." 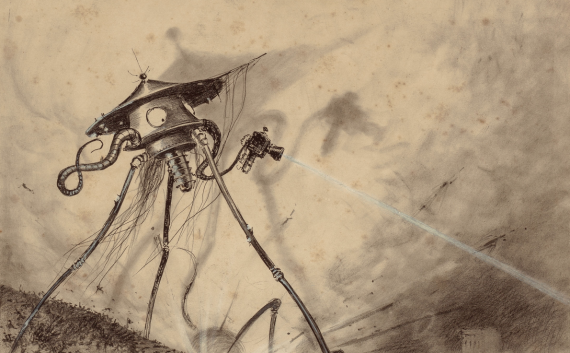 Many decades after the initial scare caused by Welles' American broadcast, the notion would begin to enter popular discourse on this subject that the entire thing had been some kind of a massive psychological experiment, aimed at gauging public reaction to a perceived "alien" threat. And interestingly, Santiago would be home to another purported "alien" incident many decades later, which turned out to be a weather balloon, although possible connections to some reality apart from presumed UFO phenomenon might be considered of the case, which I recently covered here at Mysterious Universe.

Indeed, to attempt to make connections between the 1944 War of the Worlds broadcast and later purported UFO incidents occurring in Chile would be an exercise in tenuousness. Still, after the nearly-catastrophic effect of Orson Welles' original broadcast, it is rather remarkable that a similar stunt would be carried out on an entirely different continent... and that the effects would be so remarkably similar. Surely there must have been some awareness in Steele and Zenteno's minds of what was yet to come... and yet, it was carried out in remarkably similar fashion to the original War of the Worlds Mercury Theatre broadcast, with equally similar results.

Whatever the case, knowledge of this second incident, having occurred in another part of the world entirely, seems to have been overshadowed by its more widely-reported predecessor. Despite this, the affair offers another curious glimpse into the peculiar responses people had to radio plays carried out during that era of innocence, before most listeners of late-night-radio shows were entirely jaded about the idea of alien invasions and flying saucers.

The Amityville Horror House is For Sale