Something Tore a Hole in Saturn’s Outermost Ring

If planets have insurance, some company is about to get a huge collision claim from Saturn after something big recently crashed into its outermost ring and tore a hole in it. If the insurance company wants evidence, the aftermath was recorded by the Cassini space probe and NASA has the photographs. Who or what caused this solar system hit-and-run?

This collision, which formed a hole in Saturn’s F ring known as a “jet,” took place within a day or so of April 8th when Cassini took the photograph, according to ring scientist John Weiss. (‘Ring science’ sounds more like a major for college football players, not astronomers.)

You get to expecting in planetary science for things to have happened millions of years ago and you don’t think to ever get to observe things actively happening. But that’s the kind of funky thing with Saturn’s rings. You can actually see evidence of things that happened yesterday, or the day before. 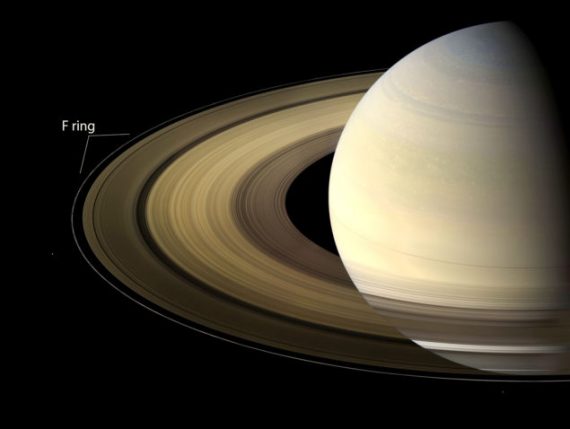 Weiss also points out that Saturn would not be able to collect on an insurance claim for the ring damage because the collision was self-inflicted, probably by an object from one of the inner rings.

There’s good evidence that there’s a lot of these sized bodies in the core of the ring itself, but you can’t normally see them because they’re covered by the dust cloud around them. But they’re in there, and every so often move across the ring space and blow a bunch of those dust particles out.

With a good lawyer, Saturn might be able to blame one of its moons – Prometheus or possibly Pandora – for exerting enough gravitational pull on a close pass to yank a rogue body out of orbit.

They stir up some of these bigger bodies so when they come by their orbit, the moons’ gravity give them little nudges and randomizes their speed and they come crashing through the ring. It’s a slow, cumulative effect that over time the moons will stir things up in the outer rings.

Weiss should know … he’s a ring scientist – the kind of expert witness called upon to testify at insurance claim hearings. Fortunately, he probably won’t have to since the jet is a temporary condition and Cassini’s next photo will likely show it's gone.

Just to be on the safe side, maybe Saturn should put up a warning sign. 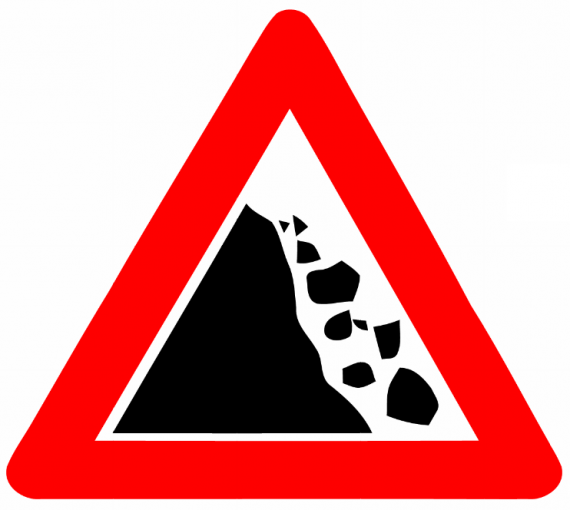 Siberian Gateway to the Underworld Keeps Getting Bigger