A secret and controversial meeting of genetic scientists took place at Harvard University in May 2016 to discuss the development of a synthetic human genome – a genetic blueprint that could create humans without the need for a sperm and egg … humans that could be made-to-order. The development project - the Human Genome Project–Write – was unveiled recently in a report in the journal Science.

Jef Boeke, project member and geneticist at the New York University Langone Medical Center, addressed the biggest concern immediately. The report says the goal of the HGP—Write Project is to raise $100 million in public and private funds by the end of 2016 in order to build a synthetic genome and test it in laboratory cells within 10 years under the direction of a non-profit organization called the Center of Excellence for Engineering Biology.

Exponential improvements in genome engineering technologies and functional testing provide an opportunity to deepen the understanding of our genetic blueprint and use this knowledge to address many of the global problems facing humanity.

George Church of Harvard Medical School describes what the HGP—Write members see as the upside of project. Once human DNA is better understood, new medications and better treatments and preventions for diseases and disabilities might be developed.

What could possibly go wrong? Francis Collins, former head of a previous Human Genome Project and current head of the National Institutes of Health, offers his expert insight:

To allay serious concerns such as these, the project says it will first attempt to synthesize just 1 percent of the human genome to determine of full synthesizing is truly feasible. Really? Once one percent of the DNA horse is out of the barn, will a project such as this be able to stop for any reason?

Yes, scientific progress is important and benefits from limited restraints and the ability to move quickly. However, it needs to consider ethics and a broad societal consensus. The Presidential Commission on Bioethics defined five guiding principles for the field of synthetic biology: beneficence, responsible stewardship, intellectual freedom, justice and democratic deliberation.

Is a presidential commission enough of a defense against controversial human genome science backed by large amounts of money? Is ten years enough time to determine its safety? How long is long enough to determine if it’s ethical?

Can we be sure? 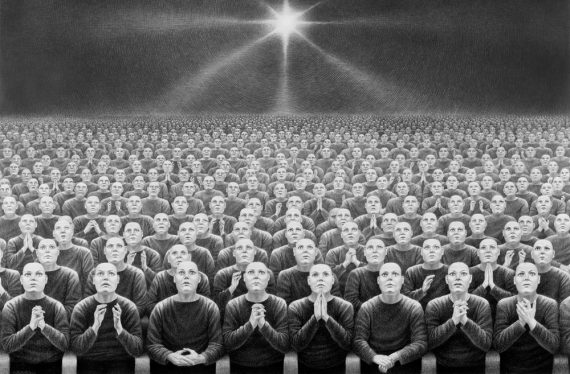