The Amityville Horror House is For Sale

Yes, it’s true. The house made famous by the murders committed there in 1974, the book “The Amityville Horror: A True Story” and the movies it spawned about the family who moved in and didn’t last 30 days in its horrifying confines is up for sale. Located on the Amityville River, the house measures 3,600 square feet and has 5 bedrooms, 3.5 bathrooms and six ghosts. At $850,000, it’s a steal even without the ghosts. 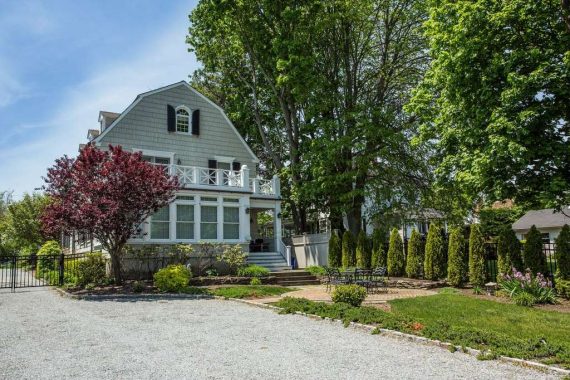 It is an absolutely gorgeous home and it’s completely finished from top to bottom. The present owners did even more rehab to the home and did a beautiful job. The house is haunted, yes, but not by who you think. It’s haunted by the curiosity seekers that make it difficult for the people that live there.

Broker Joanne Mills, who helped sell the house in 2010 to the current owners, says people find it even though the address has been changed from the famous 112 Ocean Avenue to 108 Ocean Avenue (wow, that must really mess up Google Maps). A quick recap for those unfamiliar with the house’s horror history. In 1974, Ronald DeFeo Jr. killed six members of his family in the house and claimed at his trial (unsuccessfully – he’s still in prison) that voices in the house told him to do it. In late 1975, it was purchased by the Lutz family, who allegedly fled in terror 28 days after moving in (see book or movie for their haunting experiences). Their story inspired the original book plus at least 10 more and at least 15 movies. 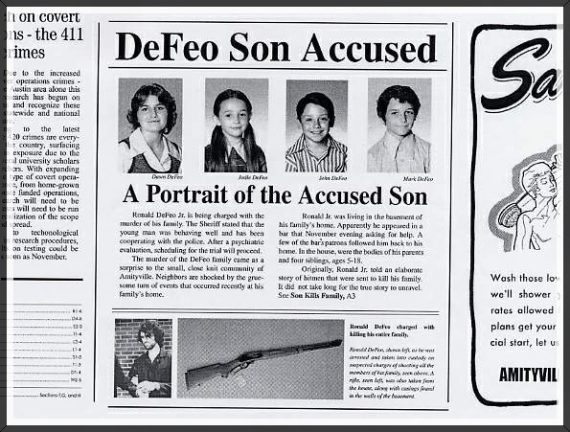 The realtors point out that the house sold in 1977 and those owners lived there for ten years with no ghosts. It sold again in 1987, 1997 and 2010 with no further ghost stories. The current asking price is $100,000 less that the 2010 selling price but the realtor blames that on the horror of the housing market.

If you want to see what the interior looks like, you have to watch the movie because the Zillow listing shows only exterior photos. If you want it inspected by your personal paranormal investigator, you have to show up with an open checkbook to prove that you’re a serious buyer.

Would you live in the Amityville Horror House? Whether you believe the stories or not, would you wish that the marching band music would play once in a while just to scare away the tourists?

Ancient Greek Device is a Philosopher’s Guide to the Galaxy