Available right now is a new release from Anomalist Books. Its title: Neanderthal: The Strange Saga of the Minnesota Iceman. The author: Bernard Heuvelmans. When I say it's "a new book," a bit of background information is required. Neanderthal was originally published in France in 1974. But now, and for the very first time, it has finally been translated into English. So, for all intents and purposes, and specifically for an English audience, it is new. Also new are (a) the introduction from the translator, Paul LeBlond; and (b) the afterword from cryptozoologist Loren Coleman.

I'll come straight to the point and say this is an excellent study of one of Cryptozoology's biggest and most enduring enigmas: that of the Minnesota Iceman. If you don't know the story, a bit of background data is definitely required. And a perfect, concise summary comes from the good folks at Anomalist books: "The story begins at the end of 1968 in New Jersey, when zoologist Bernard Heuvelmans and biologist Ivan Sanderson first hear from a correspondent about the frozen corpse of an extremely hairy man-like creature being exhibited in the Midwest. Upon arrival in Minnesota, the two scientists come face to face with a 'hominid' not of our species embedded in a block of ice." 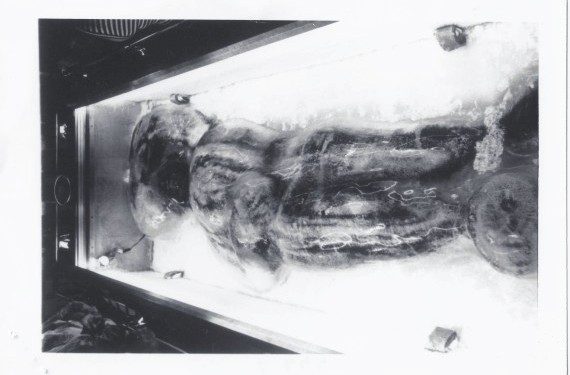 The pair also photographed the creature and came away very impressed by the whatever-it-was in the ice. The story, however, isn't quite as simple as that. Such stories seldom are! Although Neanderthal is a study of the Iceman of the book's subtitle, it's actually far more than that. It's a story with an absolute cast of entertaining and intriguing characters; a cast which is equally as important as the hairy "thing" itself. In some respects, the players in the story are more important than the alleged beast. As Anomalist Books note, it's thanks to Heuvelmans and Sanderson that we know of the numerous twists and turns in this bizarre tale. Indeed, as they follow the trail, the pair comes across not unlike monster-hunting equivalents of Sherlock Holmes and Dr. Watson. This is quite appropriate, given that Heuvelmans references Holmes on several occasions in his book, even describing the famous, fictional detective as "my master."

Then there is the most mysterious figure in the story. No, not the Iceman, but a man named Frank Hansen, who Heuvelmans described as "a fairground showman." He was the man who had the goods, so to speak. And, almost as mysterious as Hansen, there was the elusive and perhaps even non-existent west-coast millionaire that allegedly owned the Iceman - even though it was in Hansen's possession. Add to that conflicting tales concerning the Iceman's origins, Hansen's motivations, and more than a few conspiracy theories, and what you have here is a story that is as entertaining as it is captivating. Certainly, the story is so entertaining that you don't actually have to be a fan of Cryptozoology, at all, to read it. Anyone and everyone with an interest in how and why people pursue enigmas will find Neanderthal to be highly engaging reading.

The crux of the story revolves around whether the thing which Heuvelmans and Sanderson got to see and photograph in Minnesota, back in 1968, was actually the frozen corpse of an unknown, hair-covered humanoid, or an expertly crafted model. Or, paradoxically, was it both: the former hastily replaced by the latter? Heuvelmans gave several solid reasons as to why he felt that Hansen's crowd-drawing beast was real. One being that upon getting close to the ice, he detected the unmistakable odor of rotting meat. On top of that, there was the matter of all that hair.

In Heuvelmans' own words: "To manufacture from scratch such a fake would have first required the construction of a mold, made out of rubber, or wax, or some synthetic material, carefully colored so as to reproduce details as fine as the papillae and skin pores, together with wrinkles and folds corresponding to muscles and joints, veins just below the skin and all the small defects likely to be found: scratches, scars, moles, and pigmented spots...About half a million hair would then have to have been implanted at the correct angles...and all those subtle disorders such as wounds, abrasions, blood stains would also have had to be imitated..."

Such a thing, of course, would not have been impossible to achieve, if one had the right connections and enough money. But, for Heuvelmans, all of those issues - and particularly those of the rotting odor and the hair - led him to conclude this was the real deal.

And then there was Frank Hansen, the man who kept the Iceman frozen in a trailer on his property. There's no doubt, and as Neanderthal makes clear, that the entire mystery could have been resolved had Hansen chose to come completely clean. But, as the book also shows, Hansen did not come clean. Maybe never. Instead, he spun numerous tales as to where the Iceman came from, where he obtained it, and under what circumstances. All of the stories Hansen told were entertaining, thrill-filled, and guaranteed to (a) intrigue Heuvelmans and Sanderson and (b) reel in the punters - which may very well have been the point of it all.

But, on the other hand, there was something else: Hansen was a deeply worried man. Particularly so when Sanderson tried to find a way to have the Feds get involved in the investigation. The reasoning was simple. There were numerous laws governing the transportation, as well as the importation and exportation, of human corpses. Sanderson (far more proactive in this area than Heuvelmans) felt that by having people in authority examine the body would confirm it as a human being (of some sort), an unknown creature, or a money-making hoax. Rather oddly, officialdom failed to touch this definitive hot potato. To say that Hansen became paranoid over all this is not an understatement. The book makes it very clear that he was a guy with a lot of secrets - most of which he clearly did not wish to tell. And when he did tell them, Sanderson and Heuvelmans could never be sure what was true and what was lies or disinformation. 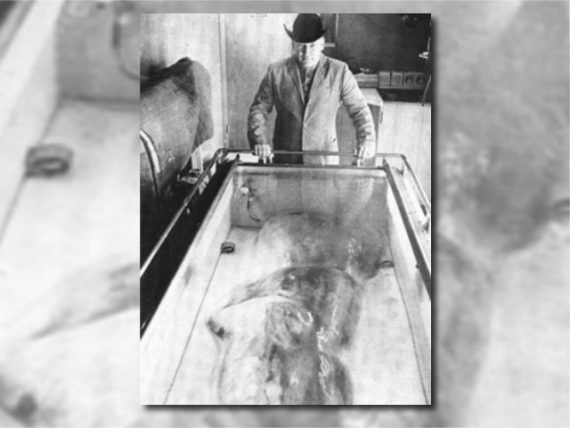 There may very well have been good reasons for Hansen's undeniable worries: as the story progresses we find out that Hansen was not just concerned about the Feds, Customs, Immigration, and incurring the wrath of that alleged west-coast, string-pulling millionaire. Nope: things quickly go from slightly sinister to downright conspiratorial. It's at this point in the saga (or, perhaps, "the soap-opera" would be better) that we are introduced to the world of the Vietnam War. We're talking about the U.S. military shooting and killing a huge ape-like animal in the wilds of Vietnam, the smuggling of drugs into the United States in body-bags and coffins (which is offered as a theory as to how the body of the Minnesota Iceman really reached U.S. soil), and even the insertion of the Mob into the story! Add to that the alleged corpse soon being replaced by a well-crafted model (or maybe even two), and the affair becomes definitively inflammatory.

Neanderthal reveals that Sanderson ultimately became very skeptical of most of the story. Heuvelmans, however, was won over and concluded that in all likelihood what Hansen had in his possession amounted to the well-preserved remains of a Neanderthal. But, not a Neanderthal which died tens of thousands of years ago, but one which met its end relatively recently. And which had been frozen recently, too. Loren Coleman, in his afterword, offers solid and good reasons as to why the Iceman was not a Neanderthal; however, Coleman also provides data which is strongly suggestive of the body being that of something which once lived.

As Coleman notes on this issue: "The parasites seen on the body, the vegetable matter viewed in the teeth, and the odor from the alleged decomposition - as well as the differences seen between the 1968 and post-April 1969 photographs - all point to the Minnesota Iceman having been an actual carcass. Maybe it was."

A tale of a man-beast, models and mystery, Neanderthal is one of the most entertaining books I have read in a long time - and for many reasons!

PS: One such model of the Iceman can be found at the Austin, Texas-based Museum of the Weird. I have been to the museum on a number of occasions and have seen the model close-up twice. It's clearly not the remains of a living creature. But, it is a part of cryptozoological history, and its existence adds weight to Heuvelmans' beliefs that at some point in the late-1960s, Hansen made a switch - from monster to model.

Strange Whistle From The Caribbean Sea Can Be Heard In Space