On Friday, a study appearing in Science Advances has raised questions over the influence ancient humans may have had on the extinction of megafauna species, which began to occur in Patagonia around 12,000 ago.

“The research offers a significant moment in the natural history of the continent," the New York Times reported. "A definitive date of the mass extinction of megafauna — large or giant animals, like mammoths and giant sloths — in this part of the world. It also suggests a potential relationship between threatened species and climate change in our own time."

The study appearing in Science Advances is one of many papers that suggest an increasingly popular trend: the role that humans have played in relation to environmental change since ancient times, as well as the periodicity of climate change throughout history. In this instance, the human influence had been additional pressure placed against megafauna species, whose habitat was already being encroached upon due to the natural growth of vegetation in the region. These combined factors led to extinctions that occurred within just three centuries, during the warming that followed a sudden, unusual cooling period known as the Antarctic Cold Reversal. 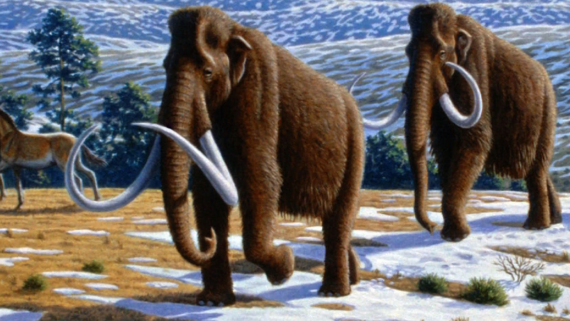 The idea of periodic "climate change" throughout ancient history, despite its increasing appearance in current news, is hardly a new idea. Information gleaned from the study of ice cores has contributed to what are known as "proxy climate records" over the years. In short, this "proxy data" is information about temperature and environmental change that paleo-climatologists are able to obtain from tree ring data, fossil pollen, ocean and lakebed sediments, coral reefs, and as suggested above, ice cores, all of which contain reliable data about our planet in ancient times. At some point between 20,000 and 10,000 years ago, Earth was emerging from the last ice age, which spanned roughly the last 100,000 years of the Pleistocene period. But the proxy data shows something else, as well: as the earth began warming again, there was a brief period of temporary cooling that also occurred, lasting about 1,500 years. This is the period known as the Antarctic Cold Reversal, as referenced earlier, which occurred between 14,500 and 13,000 years before the present day (ypb).

Vincent I. Morgan's paper on the Antarctic Cold Reversal describes this period in greater detail, and notes the continuing periodicity of climate changes throughout history, based on the work of Serbian scientist Milutin Milankovitch:

"The transition between the last glacial period and the Holocene is the most recent of a series of major changes in climate that have occurred throughout the Quaternary as the Earth cycled between glacial and interglacial conditions. These cycles, often referred to as Milankovitch cycles after Milutin Milankovitch, the Serbian mathematician who first showed that climate cycles are synchronized with cycles in the Earth’s orbit, are characterized by a sawtooth pattern in which temperature decreases to a minimum over a period of about 90,000 years and then rises to warm or interglacial values within about 10,000 years."

The "Milankovitch Cycle", as described here, is attributed to cyclical changes that occur during our planet's circumnavigation of the sun, leading to periodic changes between glacial (ice ages) and interglacial periods. A number of factors contribute to the climate changes that occur over the course of these warming and cooling periods, including variations in the shape of the Earth's orbit around the Sun (this is called eccentricity), as well as precession, and finally, the Earth's axial tilt; these three are the primary factors that Milankovitch amassed in his cyclical calculations. 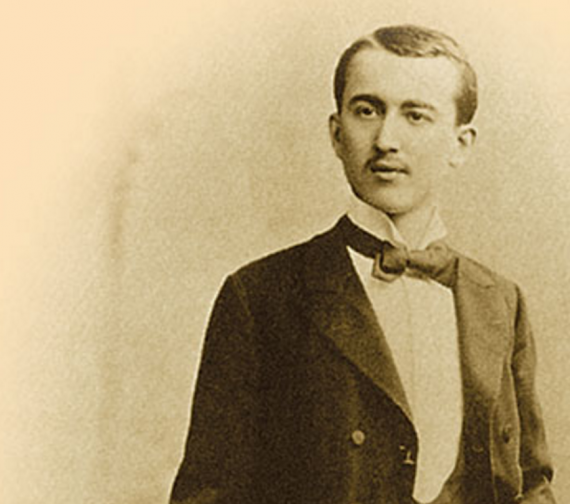 Combining these, Milankovitch determined that changes will occur in the seasonality of solar radiation that reaches the Earth over time, directly influencing our planet's climate, and giving rise to the periodic advance and retreat of glaciers during ice ages (more can be read about the principles underlying the Milankovitch Cycle here). Hence, climate change of this sort has not only been a mainstay of cyclical Earth changes for the duration of our planet's existence, but it is also a proven, recurring feature that happens with -- or without -- the further aid of human actions.

For sake of clarification, none of the observations related here should be misconstrued as "climate change denial"; instead, they represent an understanding that much broader models pertaining to Earth changes over time are available to us, along with knowledge of the factors that influence such cycles. While humanity certainly plays a role in climate changes in the present day, our hope is to emphasize that there is much more that can, and should, be considered as well.

On a final note of intrigue, part of what inspired Milankovitch to take interest in a mathematical approach to understanding historic glaciation in the first place had been the notion of what, at the time, was perceived as a "mystery ice age." Hence, the pursuit of answers to seemingly anomalous temperature fluxes in prehistory helped to lead Milankovitch, and others that followed, toward some unique discoveries about our world; discoveries that, even in lieu of our modern advances in climate science, still managed to present a great amount of reliable data about our ever-changing home in the cosmos.