It’s summertime in Scotland and that means it’s time for the annual sightings of the Loch Ness monster by tourists who obviously don’t have tree stumps where they come from. The latest report includes a video showing not one but five humps in a line, suggesting the Nessie is a serpentine beast, Or is it?

It was quite long. The humps were consistently the same length apart. I don’t know what it was. It was very unusual.

According to local media, it was June 1st and Tony Bligh of Dublin was standing on the Wellington layby on the A82 when he saw something unusual in the loch, “about three-quarters out.” Fortunately, he had the presence of mind to take out his cell phone and take a selfie of himself spotting Nessie. 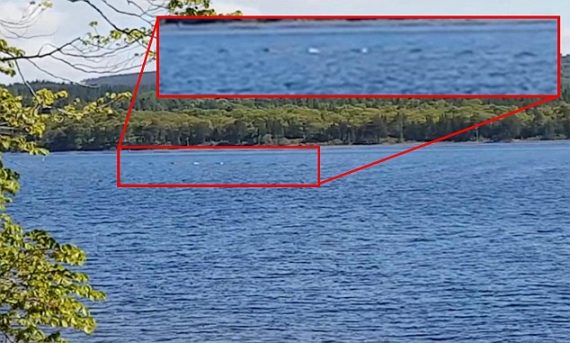 Just kidding. Bligh pointed his phone at the water and filmed the five humps, which he believed were moving in unison through the water. Although he didn’t record it, he also remembered a boat that appeared to be about 400 yards away. Another Nessie spotter trying to barge in on his discovery? 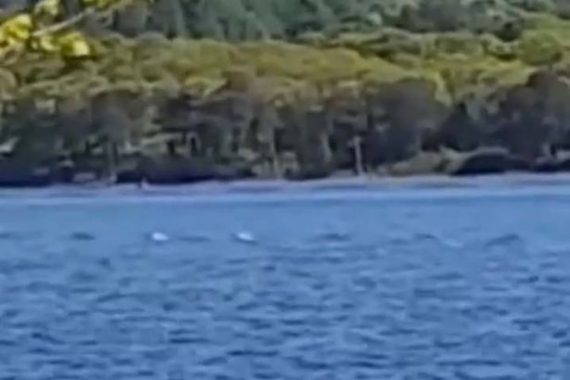 Bligh was not the only witness. His friend Annie Hawkes also saw the humps but was apparently too excited to take her own video. Did they stand on this busy motorway pointing at the water and flagging down motorists to stop and verify their discovery? Of course … not. Bligh uploaded the video so people who weren’t there could see what was or wasn’t there. Then he and Hawkes went to show it to some experts.

They were really excited by it, It is interesting everyone who has seen it on my telephone.

That’s the response Bligh got when he arrived at the Inverness office of VisitScotland … at least until Loch Ness Project expert Adrian Shine looked at the video.

It is a particularly good example of the effect that a reasonably high boat wake can make. It shows how powerful this illusion could be. It produces a line of very solid looking humps.

Is this true or something he says to everyone to protect what may be the last dinosaur, not to mention the greatest tourist attraction of all time? Bligh reluctantly conceded it was probably a wake.

I am an engineer and I am on the side of logic.

And yet, this engineer truly believed he was seeing the Loch Ness monster for real when he spotted the humps in the water. The intoxicating smell of the loch does that to people.

It’s a long, hot summer and the new Nessie season has just begun.