In a genuinely staggering discovery, archaeologists have uncovered the remains of several vast, previously unknown, medieval cities hidden beneath the Cambodian Jungle. The cities, which sit close to Angkor Wat and are between 900 and 1,400 years old, could form one of the largest empires of the time, and provide insights that may change the history books. 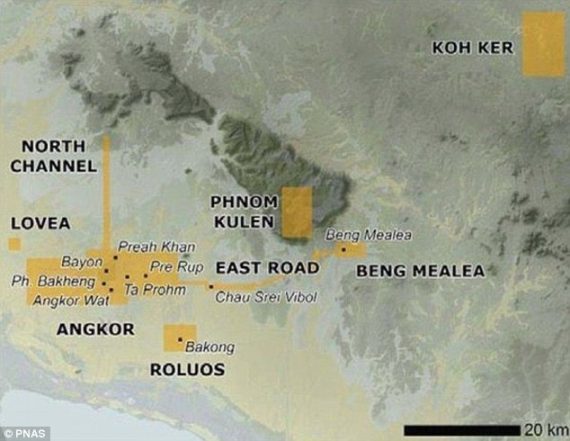 The findings are the result of several years of work by Australian archaeologist Dr Damian Evans, who used lidar (light detection and ranging) equipment mounted on a helicopter to survey 734 sq miles around the world-famous temple city of Angkor Wat .

During Evans first survey in 2012 he was able to provide the first map of Mahendraparvata-a sizable city that scholars knew existed, but had never had concrete evidence of-that alone a pretty remarkable feat. But it was on his his lidar-equipped flights in 2015 that he discovered the real extent of medieval Cambodia hidden beneath the jungle:

The lidar quite suddenly revealed an entire cityscape there with astonishing complexity. It turned out we'd been walking and flying right over the top of this stuff for ten years and not even noticing it because of the vegetation. 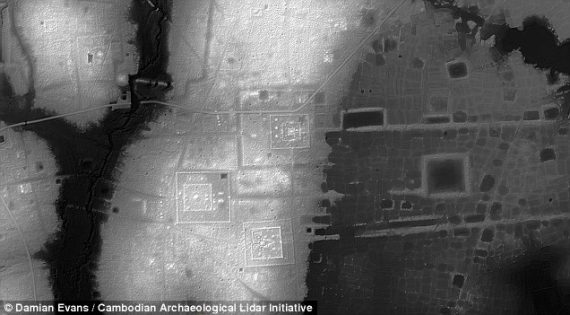 Indeed, what may appear on the ground as "random lumps and bumps," Evans explained, could "actually be evidence of old excavated ponds or built-up roadways." All of which form a network of temple cities, some of which rival Phenom Penh in size.

With the images Evans has been able to create, he has revealed that the cities had elaborate water management systems in place hundreds of years before historians had previously believed possible--and there is still more for archaeologists to discover:

The broad conclusion to draw from this is that we’ve underestimated how much humans have shaped their environments. 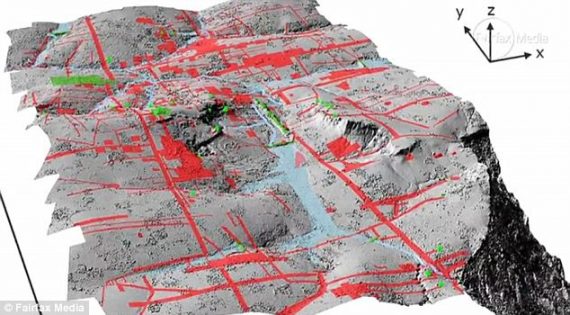 The cities also alter what has long been assumed about the decline of the Khmer empire in the 15th century. As Evans explained to The Guardian:

There’s an idea that somehow the Thais invaded and everyone fled down south – that didn’t happen, there are no cities [revealed by the aerial survey] that they fled to. It calls into question the whole notion of an Angkorian collapse.

Equipped with Evan's lidar images, archaeologist are now equipped with far more information about where to search for more clues as to the history of Cambodia's temple cities. Speaking to The Guardian David Chandler, emeritus professor at Monash University in Melbourne, Australia, and an expert on Cambodian history explained that the findings "rewrite history" and added:

It will take time for their game-changing findings to drift into guide books, tour guides, and published histories. But their success at putting hundreds of nameless, ordinary, Khmer-speaking people back into Cambodia’s past is a giant step for anyone trying to deal with Cambodian history.