What Do Ancient Texts Tell Us About Cataclysms in Human Prehistory?

From the the intricate monuments and cities that once covered the ancient Indus Valley, to the weathered steppes of Central Asia; and much further beyond, the ruined, vine-decorated temples of South America, such remnants of the ancient world have long remained among our most fascinating treasures.

The ancient past has long kept many mysteries, some of which we possess at least a degree of knowledge here in modern times. Among these are the notions of ancient cataclysms of truly epic proportion, which seem to suggest that there was more great change on our planet in ancient times than history has managed to yet account for.

Some of the most famous examples of epic, earth-shaking mysteries from times long past come to us in the retellings found in documents from antiquity. For instance, Plato’s dialogue Critias, a text for which only incomplete portions exist today, is famous among both historians and alternative scholars alike, for its description of the fabled island kingdom of Atlantis.

Critias divulges the following about the mythic Atlantean kingdom, and its war with those further inland:

"Let me begin by observing first of all, that nine thousand was the sum of years which had elapsed since the war which was said to have taken place between those who dwelt outside the Pillars of Heracles and all who dwelt within them; this war I am going to describe. Of the combatants on the one side, the city of Athens was reported to have been the leader and to have fought out the war; the combatants on the other side were commanded by the kings of Atlantis, which, as was saying, was an island greater in extent than Libya and Asia, and when afterwards sunk by an earthquake, became an impassable barrier of mud to voyagers sailing from hence to any part of the ocean."

The passage is indeed a curious one, likened by many to an actual retelling of events, while others maintain that its origins had been a mere thought experiment, never with intention that its contents should be taken literally. Whatever the truth may be, this odd bit of information from the halls of antiquity has spun innumerable legends about the true nature of the lost kingdom of Atlantis, as well as speculation about its origins and possible existence. 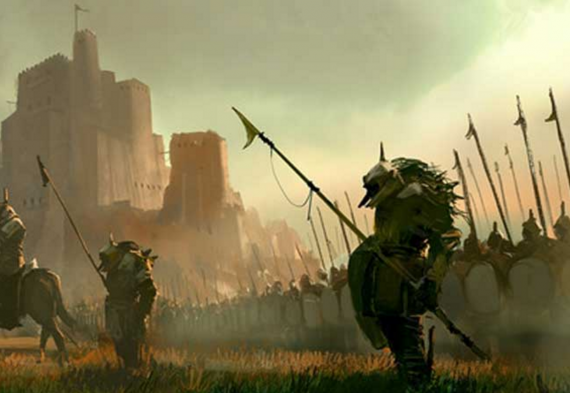 Perhaps of equal interest, however, is Plato's reference to a war that had transpired nine thousand years prior to his own retelling of the events. This, again, might only be a brief, but novel aside in the broader legend; however, its similarity to stories that appear elsewhere -- namely those within ancient Hindu epics like the Mahabharata and the Bhagavad-Gita -- also seem to describe ancient battles that were fought not only on an epic scale, but with weapons possessing tremendous destructive potential.

The Mahabharata speaks, for instance, of an “unknown weapon” that destroyed an entire race, which is described thusly:

".... a blazing shaft possessed of the effulgence of a smokeless fire (was) let off… That was how this weapon was perceived. The consequences of its use also evoke involuntary associations. '... This makes the bodies of the dead unidentifiable... The survivors lose their nails and hair, and their food becomes unfit for eating. For several subsequent years the Sun, the stars and the sky remain shrouded with clouds and bad weather'.

The weapon, sometimes called either the “Weapon of Brahma,” “Flame of Indra,” was described in the Hindu epics in such a way that, to the modern mind, many of its characteristics resemble our conception of modern nuclear weapons, the likes of which were developed and first used during the Second World War:

"(It was) a single projectile charged with all the power of the Universe. An incandescent column of smoke and flame as bright as the thousand suns rose in all its splendor… it was an unknown weapon, an iron thunderbolt, a gigantic messenger of death, which reduced to ashes the entire race of the Vrishnis and the Andhakas."

It would be difficult build a case around the existence of actual weapons of mass destruction that were utilized in the ancient world. Nonetheless, such descriptions have provided fodder for the speculations of "ancient alien theorists", as well as the research of alternative historians like Graham Hancock, which suggests the existence of an ancient super-civilization. With little doubt, there are likely to have been many formations of civilization that have come and gone, and of which we may possess little knowledge today. Could they have utilized technologies similar to those in use in the modern world, and perhaps those with equal destructive potential? 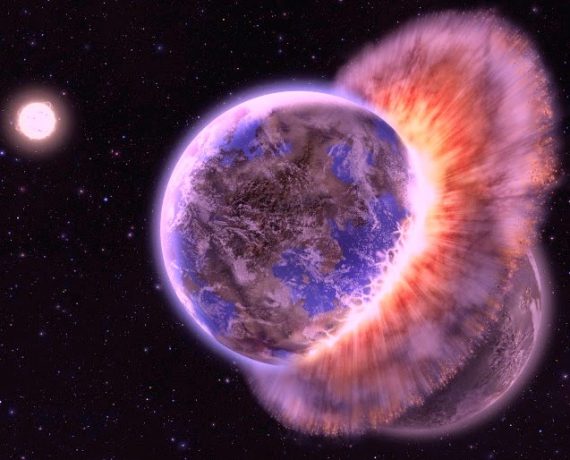 A more plausible scenario would hold that the evidences of epic cataclysms found in texts from antiquity likely represent catastrophic changes occurring on Earth long ago, possibly stemming from any number of different natural sources that range from asteroid impact, to supernovae, or even cosmic ray jets, as suggested by researchers William Topping and Richard B. Firestone, in their 2001 article, “Terrestrial Evidence of a Nuclear Catastrophy in Paleoindian Times”, in which the authors related that, "The entire Great Lakes region (and beyond) was subjected to particle bombardment and a catastrophic nuclear irradiation that produced secondary thermal neutrons from cosmic ray interactions."

Perhaps this can account for the evidence of mass-destruction in the ancient world, the likes of which many have compared with the effects of modern warfare though, in likelihood, such ancient occurrences were of natural origin. And yes, there is scientific data that helps substantiate such ideas, based on geological and other data spanning the last several hundred thousands of years, showing the degree to which wild changes have occurred on our ancient planet.

Still, no complete picture seems to have emerged. In truth, we may never fully reveal the epic levels of destruction that occurred on this planet since ancient times, though perhaps the persisting question is whether the holy epics and dialogues of antiquity, opposed to being merely folk tales, are actually based on factual occurrences that detail multiple levels of devastation that occurred -- perhaps on a global scale -- in our ancient world.