A genteel 15th-century chapel in Aberdeen, in the northeast of Scotland, might seem an unlikely location to uncover the history of the grim persecution of accused witches. But the discovery of a simple iron ring set in a stone pillar points to evidence of the imprisonment and execution of 23 women and one man during the Great Scottish Witch Hunt of 1597.

The church--the Kirk of St Nicholas--sits in the center of Aberdeen, and in 2005 archaeologists began to conduct a survey the area before the church embarked upon some proposed construction work. All pretty innocuous really. But the dig of some initial trenches generated enough interest that the church agreed to have a 20x20-meter area of the floor of the main structure unearthed. 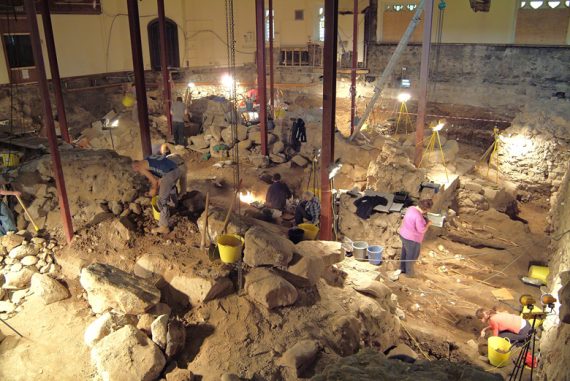 Beneath the floor they uncovered the remains of the church's previous structure, and with it over 1,000 intact skeletons--burials that were all in keeping with local custom until the 1560s.

But in the course of these excavations, the iron ring was found. As Arthur Winfield, project leader for the OpenSpace Trust in the United Kingdom who is working on the restoration of the church, said to Live Science:

I was skeptical, to be honest—the ring is not all that spectacular, but it is actually quite genuine.

That unspectacular ring had been used to shackle accused witches inside the church prior to their being publicly burned at the stake. Indeed, two areas of the church were used to hold the accused; one within the stone walls of the chapel, and another in the church's spire. 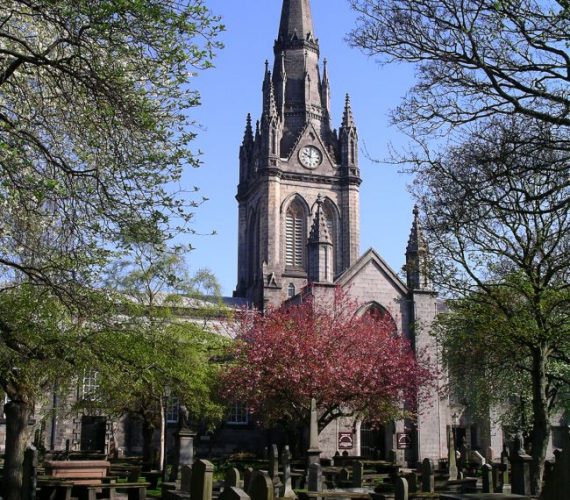 And while one might associate the persecution of witches with the chaotic... err, witch hunts... of New England in the late 1700s, the detention and execution of those accused of casting spells upon their neighbors, dismembering corpses, etc in Scotland began a full century earlier, and was a very organized affair.

During the reign of Scotland's King James VI (later King James I of England), the Scottish Privy Council was responsible for authorizing the trials of witches, and did so with far less skepticism than their English neighbors. And Aberdeen kept exceptionally accurate and slightly absurd records of the process.

As a result, Aberdeen's city archives include records of the precise cost of not just the iron rings--such as the one found--that were used to detain accused witches, but also cost of the rope, wood and tar used to burn them at the stake.

Now, with the final confirmation of just where Aberdeen's "witches" were held, the Kirk of St Nicholas plans to turn the former witch prison into a contemplative space.

Cybernauts Versus The Avengers