The UK is littered with historic remains, so it's something of note when archaeologists working at a site describe their discoveries as "truly exceptional" and "a British Pompeii."

The site in question--Must Farm--is located in the Cambridgeshire Fens and comprises a Bronze Age village that was overcome by sudden, intense fire some 3,000 years ago. Not the best start for historic preservation, one might assume. However, in the course of the fire the village collapsed into adjacent waters, and then languished in river silt while encased by ash, leaving a mass of exceptionally well-preserved remains. 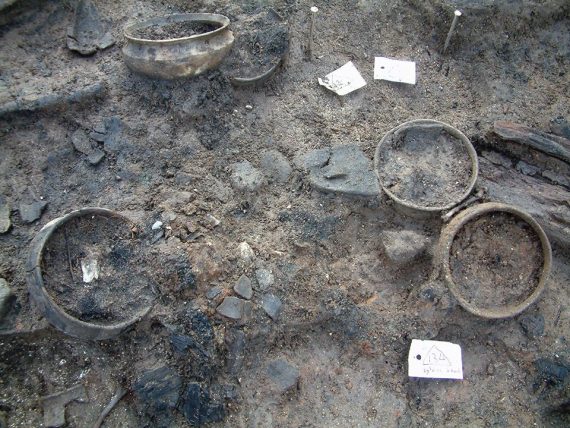 Archaeologists first noticed something unusual at the protected Cambridgeshire Fens in 1999 when some wooden posts were spotted sticking out of the clay. In 2004 and 2006, some cursory excavations revealed spearheads and a sword. But it wasn't until 10 months ago that the Cambridge Archaeological Unit began to excavate several feet below sea level and discovered the extent of the site: a settlement of around 30 people living between 1000-800 BC. 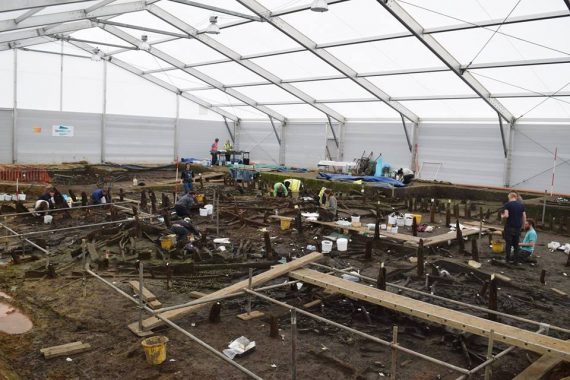 While, like Pompeii, Must Farm's preservation came from sudden disaster, the site has one very key distinction from Italy's lava-encased village; specifically, there is very little by way of human remains. Indeed, only one bone has been uncovered, a trophy skull which hung on the outside of one of the settlement's round houses.

But in lieu of bones there is an incredible array of remains of domestic, prehistoric life. Among them are 4,000 pieces of timber, 80 pieces of cloth, and 60 beads, in addition to canoes, round houses, pots, cups, wooden plates, axe heads, spear heads and just about anything an archaeologist looking to study the Bronze Age could ever hope to find in one single site. 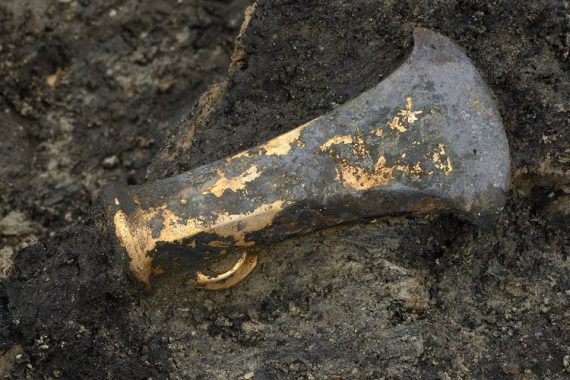 Archaeologists are documenting the entire excavation in detail on their website, but what is highly evident so far is that life in this community 3,000 years ago was far more sophisticated than previously thought. Archaeologists have uncovered fibers from every stage of textile production, showing just how finely woven their fabrics were. Sickles that have been uncovered suggest the cultivation of domestic crops such as wheat and barley, while fine pieces of metalwork show axes that were used domestically, in addition to pieces created as weaponry. 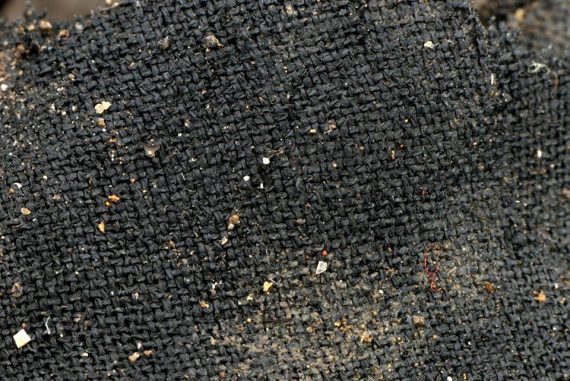 And the wooden timbers uncovered show exactly how the Bronze Age inhabitants built their round houses--and give clues as to the settlement's demise: early indications how that the 3,000-year-old village fell victim to arson.