Since NASA's Dawn spacecraft began orbiting Ceres, the dwarf planet's craters have raised a lot of questions--notably over why the bottom of some contain bright spots. But scientists have uncovered another puzzle where Ceres' craters are concerned: the planet has almost certainly been struck by a number of large meteors over the past 4.5 billion years, but the craters those meteors would have left simply aren't... there.

Ceres is the largest member of the asteroid belt that lies between Mars and Jupiter, and was subject to the same pummeling by meteors during the late heavy bombardment as its neighbors. So, researchers believe, we should be able to see 10–15 craters that are over 400km in diameter, or, using an alternate model, 6-7 basins of around that size. Yet the dwarf planet's surface appears devoid of craters larger than 280km. 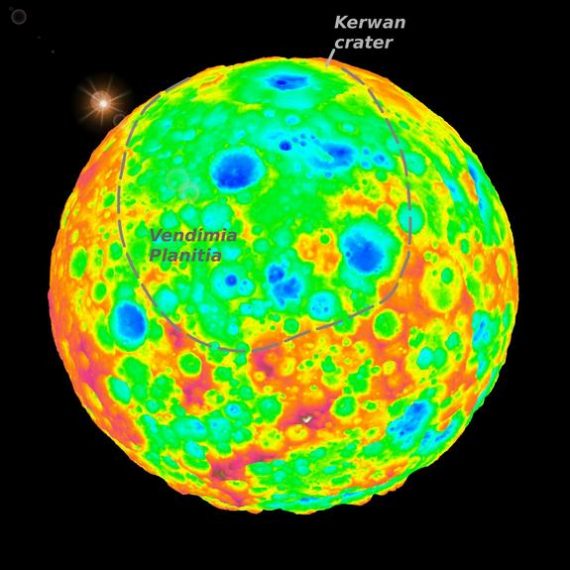 So what gives? As Dr. Simone Marchi, a senior research scientist at the Southwest Research Institute said:

It is as though Ceres cures its own large impact scars and regenerates new surfaces, over and over.

The researchers, who have published their findings in the journal Nature have a couple of theories as to how Ceres might be doing this. One, is that the icy surface of the planet has simply 'relaxed' over time, smoothing out deep craters beyond recognition. The other theory? Ice volcanoes. 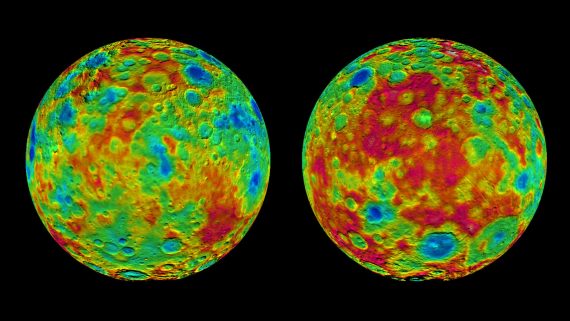 While here on Earth, volcanoes spew hot molten lava, ice volcanoes are believed to spout plumes of water-ice and other frozen molecules. There haven't been any signs--yet--of ice volcanoes on Ceres, but the dwarf planet's composition is calculated to be 25 percent water-ice by volume, with much of that held in its interior. So it's a pretty strong contender for having had ice volcanoes at some point in its history, and the spews from those volcanoes could have repopulated Ceres' surface over time, concealing the craters of its violent past.

As the authors wrote in their findings:

Regardless of the specific mechanism(s) for crater rim removal, our result requires that large crater obliteration was active well after the late heavy bombardment. This conclusion reveals that Ceres’ cratering record is inextricably linked to its peculiar composition and internal evolution.