Cloudy with a Chance of Worms

History is filled with accounts of strange things falling from the skies. Fish, frogs, insects, birds, it seems there is no end to the unusual items that can suddenly rain down upon us. One of the more unpleasant and unappetizing things that one could expect to drop down upon them out of an otherwise fine day is clumps of writhing, slimy worms, yet this has happened time and time again with unsettling frequency. There are more cases than you might think of worms spontaneously raining down to cover everything with their squirming, glistening masses, and here we will look at just a few. In the history of weird weather and strange rainfalls, here are some cases of the grossest, most horrifying things that could fall upon your head and ruin your day.

One early account of a worm fall occurred in December of 1872 in Bucharest, Romania. On one uncommonly warm Christmas evening at around 9PM, following a stifling hot day, as people strolled outside enjoying the unseasonable hot weather, a cloud suddenly appeared where moments before it had been a cloudless night. Closely following the appearance of this cloud came the pattering of what at first seemed like rain, only it soon became apparent to the horror of everyone out that evening that the “rain” consisted completely of tiny black worms that were reportedly “the size of an ordinary fly.” The strange worms apparently blanketed the ground everywhere, but it is unknown just what species they were or why they were falling from the sky.

A similarly bizarre occurrence came about on April 23, 1876, in a neighborhood in the county of Rutland, in the East Midlands of England. During a rain storm, the usual rain suddenly became mixed with a deluge of millions of small, slender worms measuring around 3 to 4 inches in length and reddish in color. Oddly, the worm rain only targeted an area measuring around 50 square yards, but within this area they fell with such intensity that buckets and bowls had to be used to scoop up the writhing masses of the creatures from roofs, balconies, and streets, where they were strewn about in great numbers. Likewise, the sidewalks, gutters, and pretty much everything else were reportedly completely clogged and covered in slimy tangles of thrashing worms. It is unknown where the worms came from or why they only fell on such a limited, well-defined area.

The 1890s saw a great many reports of worms mysteriously falling from the sky. In July of 1890, Crawfordville, Indiana was hit by a shower of both fish and worms, the latter of which were said to be around 3 inches long. Oddly, the fish that fell were “eyeless,” which is a feature of cave dwelling fish that live in eternal darkness. The following year, in February of 1891, a curious discovery was made in the Valley Bend District, of Randolph County, Va. One morning after a heavy snowstorm, the crust of the 2-foot deep snowdrifts was found to be littered with a carpet of writhing worms up to 4 inches thick in some places. There was deemed to be no way for them to have come out of the ground to the surface because the snow was too deep and the crust too thick. Oddly, the worms were very active despite the cold conditions. Also in 1891 was a localized fall of worms following a squall in Morrineville, New Zealand. The worms were reportedly around an inch and a half in length and a bright red in color, which covered the farm of a Mr. Turubull. Allegedly the mat of worms was around an inch deep in the yard, and the squirming creatures were said to have covered everything in the vicinity. 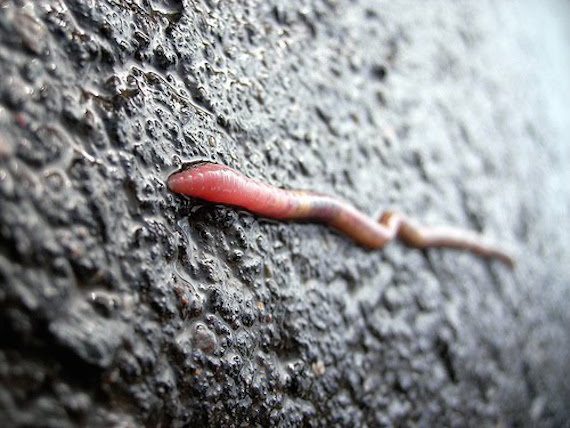 In 1892, yet another worm fall hit Lancaster, Pennsylvania amidst a violent wind and snowstorm. In this case, the worms were also considered to have a lot of vitality considering the frigid temperatures. Curiously, this particular worm fall was accompanied by a strange, unidentified species of insect that was said to be “a long, many-footed insect, with a horned head.” Again, in April of 1895, a curious downpour of worms besieged the town of Alliance, Ohio. The worms fell in such massive numbers that it was unsafe to walk along the sidewalks due to the slippery masses of the creatures. In November of 1897, a shower of bizarre worms fell upon East St. Louis. The worms in this case were thin and fragile, looking very much like human hairs, and the heads of the creatures were covered in some sort of whitish substance. The worms looked so much like hairs or threads, in fact, that they were at first mistaken by many to be cloth fibers, that is until it was noticed that they were vigorously wiggling around. Analysis of some of the specimens determined them to be some sort of wire-worm, which live in shallow pools or ponds, but the exact species remained unknown. It was reported that after the rain stopped the strange worms either died or retreated into the ground.

Mysterious worm falls continued well into the 1900s as well. In 1901, a shower of small, mysterious white worms fell in Warren, Minnesota, covering the ground of a small area to the point that it looked to be covered in a layer of snow. In 1912, residents of a very limited area in Hood River, Oregon, were covered in a sudden fall of worms that relentlessly fell to cover the streets in a slimy layer of the creatures that made it difficult for people to go about their daily business. That same year a ferry boat captain in Canton South Dakota by the name of William Duffy claimed that a cloud spewing forth worms followed his ferry around for a time, depositing large amounts of the things upon the vessel before dissipating to disappear without a trace. 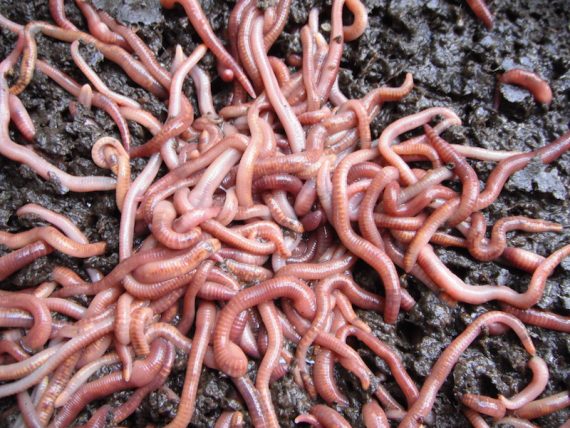 Keytesville, Missouri was barraged with a downpour of worms in January of 1914 to the point that the streets were so clogged with the creatures as to make driving or even walking impossible. Also in 1914 was a fall on Albury, New South Wales, Australia, which consisted this time of lifless worms that were seemingly drowned and dead upon impact. The next year, in 1915, Honolulu, Hawaii, was visited by a downpour of worms, when a heavy rain was suddenly and inexplicably laced with millions of falling worms, which puzzled locals and authorities alike. One witness to the event by the name of J. W. Connella said of the strange sight:

I was going home yesterday after noon, and luckily I had my umbrella with me. In the heaviest portion of the storm I suddenly noticed that the sidewalk all about my feet was alive with worms of all sizes varying from one-eighth of an inch to three Inches. Wondering where they came from, I looked out, from my umbrella and found they were falling from the sky. I don't think I was mistaken. Several other persons along the sidewalk admitted that they had seen the same thing. I have heard that it rains cats and dogs, and after seeing this I almost believe that too is possible.

A decidedly bizarre rain of worms hit the Brentford Gardens, London, England, in July of 1931. In this case the worms were of a very unusual variety, reportedly 4 to 6 inches long, nearly transparent, and of no known species. Even more oddly, they did not behave as normal worms do. When the rains stopped, the creatures were said to retreat into the leaves of surrounding plants and bushes rather than burrow underground as is normal worm behavior. In fact, the worms did not want to seem to be on the soil at all, allegedly quickly endeavoring to climb up shrubs or branches as soon as they fell.

If all of this seems like the sensationalized, exaggerated reports of times past, consider that mysterious showers of worms have continued right up to the present day. In July of 2007, Police Department employee Eleanor Beal, of Jennings, Louisiana, was crossing the street with another officer to go to work on a sunny, cloudless day when all of the sudden worms started falling upon them and getting stuck on their clothes and in their hair. One Police Department employee heard a commotion outside and went to investigate and she too saw the rain of worms for herself. Communications Officer Martha Amie said of the scene:

More recently, in 2011, a soccer game in a PE lesson at a Scottish Academy secondary school in Edinburgh, Scotland, had to be cancelled when worms began thudding down upon the field. In 2015, Southern Norway was plagued by frequent falls of worms from the sky, often in frozen conditions and falling upon thick snow. Indeed the phenomenon was first discovered when biologist Karstein Erstad was skiing in the mountains after a snowfall and found the snow covered with worms. Although he thought they were dead at first, he found them to be still very much alive when he picked them up. The region was hit with several worm showers over a short period of time, leaving scientists stumped. 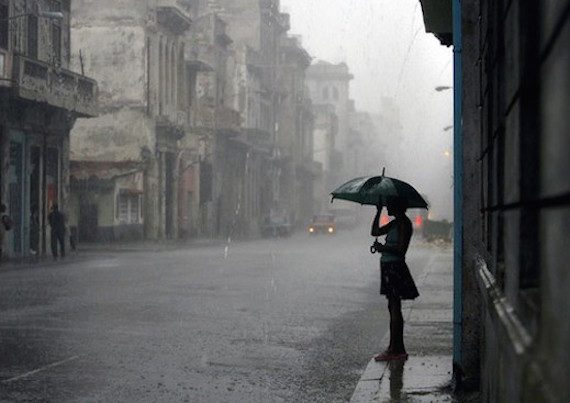 A curious phenomenon was discovered following a bout of heavy showers in Eisenhower State Park in Denison, Texas, on May 29, 2015. Following the fierce rains, bizarre clumps of thousands of worms were found perfectly lined up along the middle of a road, which at first were mistaken for piles of discarded spaghetti. Since worms don’t typically mass together in such a way in nature it was already strange, but the fact that they were in a perfect line made things even weirder. Additionally, the worms stayed like that for a full two-days, which is highly unusual since worms will typically seek to get back into the soil as soon as possible in order to keep from drying out and to avoid predators such as birds. In this case, the worms hung out for 2 days, all the while mysteriously huddled into balls, before finally burrowing back into the earth. No one was able to explain the strange sight. Park Superintendent Ben Herman said of the odd phenomenon:

We’re still puzzled why they decided to line up in the middle of the road. Even our biologist doesn’t know why they’re spaced so well and in the line.

There have been several theories posited to try and explain the mystery of worm rains. One is that the creatures have been picked up by some weather phenomenon such as a tornado, waterspout, or even just high winds, after which they were whisked away to be deposited far from their homes. However, this does not really explain why many of these cases have happened under clear, calm conditions or why they tend to hit only a small, focused area. Another idea is that the worms were dropped by flocks of birds, but why would the birds do this and how could they account for the millions of live worms that have dropped in some cases? Just as with many other cases of animal falls, there does not seem to be any one explanation that really seems to make sense.

It seems that in the annals of weird weather phenomena, there may be some things that will continually surprise us. Why do these worms come to rain from the sky without warning? Where did they come and what forces served to transport them? While we may be far from finding an answer, it certainly makes one want to keep an umbrella handy nearby. Just in case.