"Following one of the longest and most exhaustive investigations in our history, on July 8, 2016, the FBI redirected resources allocated to the D.B. Cooper case in order to focus on other investigative priorities.”

Thus were the words included with a recent FBI statement, announcing the closure of its investigation into one of the most famous heists in the bureau's history: the skyjacking carried out by D. B. Cooper the night before Thanksgiving on November 24, 1971.

“Although the FBI appreciated the immense number of tips provided by members of the public, none to date have resulted in a definitive identification of the hijacker," the statement concluded, noting that any evidence obtained by the FBI is to be shipped to the bureau's Washington headquarters "for historical purposes." 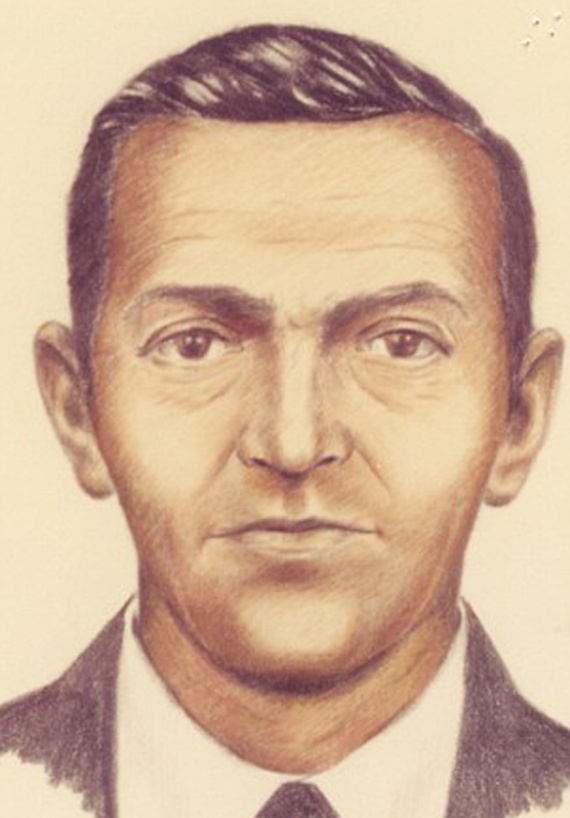 The man known as Dan "D.B." Cooper remains an enigma, despite the passage of nearly 45 years since he leapt from the back of a Boeing 727, and parachuted into the Northwestern wilderness with only a business suit (he left his tie behind), and a pack containing $200,000 in cold hard cash.

The startling events unfolded shortly after the plane, Northwest Orient Airlines Flight 305, left Portland, Oregon. The flight was en route to Seattle, and had a brief layover at Tacoma International Airport for refueling. The man identified as "Dan Cooper" ordered a glass of bourbon from his attending stewardess, and subsequently handed the following note to her:

'I HAVE A BOMB IN MY BRIEFCASE. I WILL USE IT IF NECESSARY. I WANT YOU TO SIT NEXT TO ME. YOU ARE BING (sic) HIJACKED.'

The stewardess was ordered to sit next to Cooper, and at the refueling stop in Tacoma, Cooper permitted the 36 passengers to leave the plane, demanding four parachutes and $200,000 to be brought onboard. On the way to Seattle, Cooper exited the rear door of the plane, parachuting into the cold November night. Though it was long believed that Cooper couldn't have survived the dangerous escape, he nonetheless held recognition for the only successful attempt at such a hijacking in the history of American aviation; hence why the FBI kept the case open for decades following the death-defying stunt.

On Tuesday, the FBI made its announcement that the case would finally be closed, advising the public that it wants no further tips unless the discovery of the discovery of items that include money or parachutes are involved.

Such discoveries have indeed been made over the years. Notably, a number of badly rotted U.S. $20 bills were found in 1980 by a young boy along the banks of the Columbia River, marking one of the most significant leads to have emerged in decades regarding the case. However, was there anything tying the story to D.B. Cooper with an certainty? 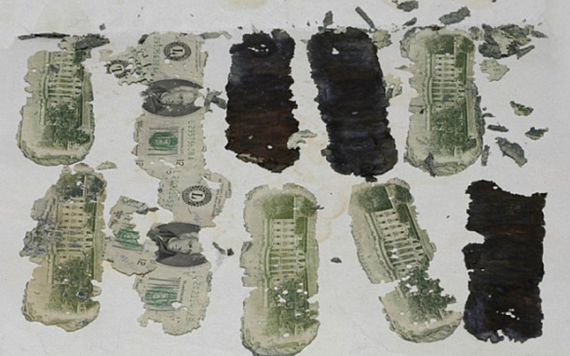 There is, in fact, one rather odd story involving two former drug runners, which may shed some light on the Columbia River discovery. In it, the two men said they met a "braggart" at a party just before the cash was found, who claimed to have actually been the legendary D. B. Cooper.

In a phone interview with the Las Vegas Review-Journal, Ron Carlson told the story of meeting the man who claimed to be the famous skyjacker at a party:

At the party with about 100 people, a drug trafficker named Jon Richard “Dick” Briggs, who claimed to be Cooper, directed Carlson’s attention to a “hippie-looking” couple. Briggs pointed through the apartment window to a spot on the north side of the Columbia River and predicted the couple would find some of Cooper’s cash there, Carlson told the Las Vegas Review-Journal in a phone interview on Monday.

The story goes that, days later, Carlson and his friend were watching the television in a hotel near Reno, when a story about the discovery of $5,800 in the Columbia River flashed across the screen. Carlson said it was found in precisely the same place that Briggs, the braggart from the party, said it would be found. He and his accomplice at the time decided not to say anything about the incident, and kept mum about it for years.

So could Jon Richard Briggs have actually been D.B. Cooper?

Another theory holds that Richard Lepsy, a family man and employee with Glen's Market at the time, has been promoted by researcher Ross Richardson. "The FBI says the skyjacker left behind a black tie and a tie clasp on the plane," Richardson told Rob Crilly, a New York correspondent for the Telegraph, last November. "It's the exact same tie that was mandatory neck wear for all Glen's Market employees."

Furthermore, comparisons between Lepsy and sketches provided by the FBI depicting what Cooper may have looked like do bear a number of passing similarities. (It is also interesting to note that Lepsy went by "Dick", the same nickname as the "braggart" at the 1980 party that Carlson attended. However, there is little to suggest the two were connected in any way).

Despite the FBI officially closing the investigation, the intrigue surrounding Cooper's real identity, and whether any credible leads have -- or may yet -- surface, will likely persist for years to come. Whatever his fate had been, the mystery man behind this famous heist will be remembered as the only one to have carried out such an elaborate skyjacking, and subsequently escaped, into the cold November rain of the Northwestern wilderness.

A Procession of the Damned: Charles Fort, Defender of “The Excluded”