Those famous giant heads on Easter Island are there for some reason, but that reason has baffled researchers since they were first found. A new discovery may lead to a new possibility: they‘re guarding a Fountain of Youth. Scientists studying a soil bacteria found on Easter Island uncovered a drug that has anti-aging properties. If it’s true, why didn’t it help the natives of the island? Did they offend the giant heads guarding it?

As part of a 1964 expedition, Canadian microbiologist Georges Nógrády traveled to Easter Island to search for an answer to why the Rapa Nui - Easter Island’s native people – seemed to be immune to the bacterial infection tetanus. One of the 67 soil samples he brought back also contained a new microbe called Streptomyces hygroscopicus that killed fungi. They called it rapamycin for the Rapa Nui. Compounds made from rapamycin – called rapalogs – were found to be immunosuppressants and anticancer agents. 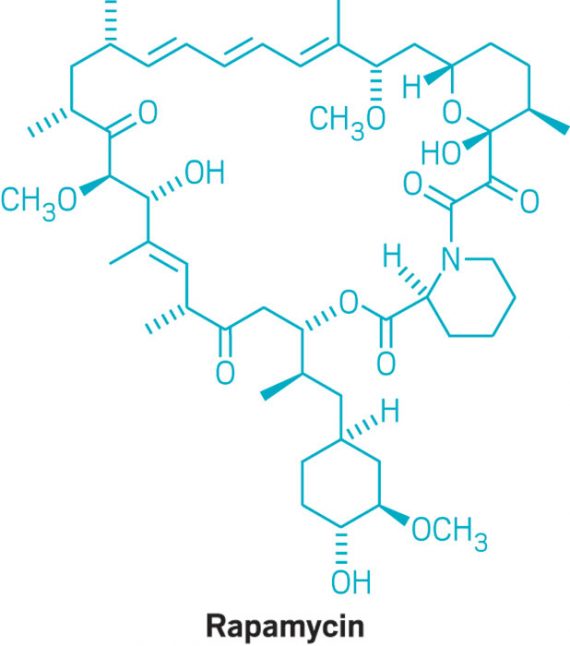 Unfortunately, Ayerst Pharmaceutical - the company with the rapamycin - shut the lab down in 1982 and ended the research. Fortunately, microbiologist Suren Sehgal saved some of the samples and kept them in his freezer in a package marked “Don’t Eat!” According to the history of rapamycin published recently in Chemical & Engineering News, research eventually began again and the new anti-aging properties were discovered.

While studying how rapamycin suppresses the protein mTOR to fight cancer tumors and protect transplant patients from organ rejection, scientists found that this also seemed to extend the lifespan of yeast, nematode worms, and fruit flies. In 2009, it was tested on mice and found to lengthen their lives by 9 percent in males and 14 percent in females. In older mice, the increase reached 30 percent and the drug also suppressed cancer and Alzheimer’s.

Tests have also been conducted on marmosets and this year rapamycin was tested on a small sampling of dogs and found to improve age-related heart conditions. It was also revealed that the drug company Novartis has been testing a compound derived from rapamycin on humans and found it increased immune response to a flu vaccine by 20 percent. Future tests are expected to focus on the drug’s anti-aging properties. 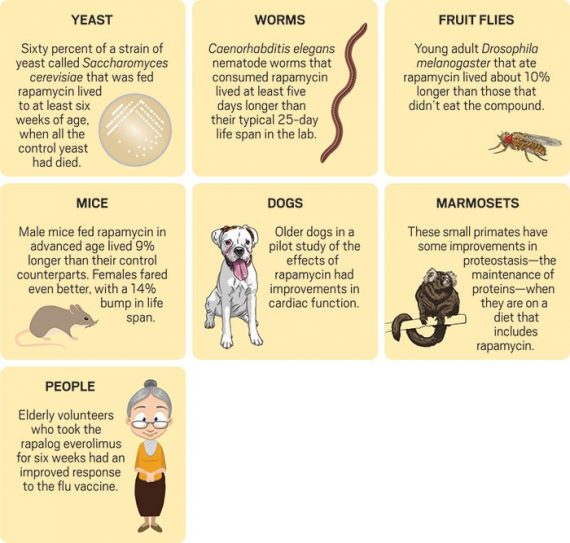 Before you book a vacation to Easter Island to eat some ‘fountain of youth’ dirt, researchers caution that the suppressive effect of rapamycin on the immune system can leave one vulnerable to infections. More study is needed, but experts like Brian Kennedy, president and CEO of the Buck Institute for Research on Aging, are positive about rapamycin.

It’s pretty darn good at what it does, and if we can tweak it in ways that make it better, I think there’s a really exciting opportunity.

As long as one of the side effects isn’t giant heads.

This Single-Cell Organism is the Ancestor of All Living Things