Edgar Allan Poe: Time Traveler? The Story Behind This Meme is Legitimately Eerie

Meme culture online today is a complex, bizarre, and often furiously hilarious blend of interwoven mythologies. Borrowing everything from classic movies and songs from the last few decades, to unfortunate snapshots of celebrities portraying them at their least flattering angles, the world of the meme is a collective effort, and thus, the potential for popularity explosions (going "viral", that is) seems ever-present.

Roughly defined, a meme is "a humorous image, video, piece of text, etc. that is copied (often with slight variations) and spread rapidly by Internet users." The origin of the word, however, dates back even earlier, predating the Internet by nearly two decades, and is attributed to none other than the moody evolutionary biologist Richard Dawkins and his book The Selfish Gene (1976). Here, a meme is defined as, "an element of a culture or system of behavior that may be considered to be passed from one individual to another by nongenetic means, especially imitation."

Among the many various classes of memes appearing online today, one popular trope as of late has been time travel memes, largely involving comparisons between modern celebrities and photos or paintings from decades (if not centuries) ago that resemble them down to the minute, and often uncanny detail. Some of these were detailed here at MU recently by Brent Swancer in his recent article, "Bizarre Cases of Real-Life Time Travelers", which also examines another popular "time travel meme" online that involves the seemingly-curious appearance of modern items -- often likened to smartphones -- in films from decades ago.

However, a different version of the "time travel" motif emerged recently with a series of articles which focus on the life and work of Edgar Allan Poe, and a few of the curiosities they presented. Namely, there was a story Poe had written that seemingly "predicted" events that would transpire many decades later, right down to a few particularly grisly details. 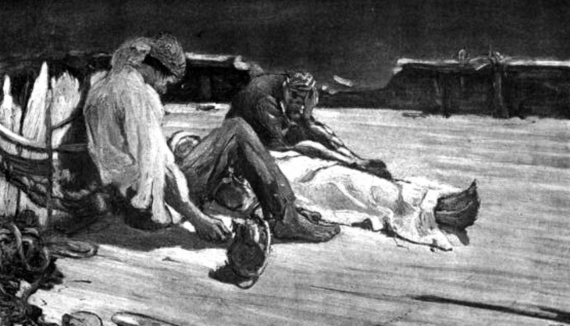 Poe's The Narrative of Arthur Gordon Pym of Nantucket, published in 1838, is recognizes as the only complete novel the author published in his lifetime. The book details the tale of a stowaway on a whaling vessel called the Grampus. Over the course of the novel, many bizarre incidents occur, and at one point four men, survivors of a shipwreck, are left to drift at sea in an open boat. After several days adrift, the three senior officers decide to murder one among them so that the others might survive: hence, the low-ranking cabin boy Richard Parker is killed, and the others consume his remains in order to survive.

This is where the "time travel" meme comes into play. A similar incident of cannibalism actually did occur 42 years later in 1884, as retold in Neil Hanson's 2000 book The Custom of the Sea (this title, one should note, is actually a reference to cannibalism, as employed by sailors over the centuries). The real-life events in question concerned Tom Dudley, captain of a three-man crew in the sailing the vessel Mignonette. They left Southampton, England, for Australia on May 19, 1884 and at some point on their voyage, a terrible storm nearly ended their lives while sailing off the coast of West Africa. For a period of four days the men battled on, until a monstrous 40-foot wave finally sank the Mignonette.

Miraculously, all four of the men survived,and as one will note, this had been the same number as related of the survivors in Poe’s story. The hardy sailors carried along for an incredible 19 days at sea, with barely anything to sustain themselves. Finally, Dudley was faced with the inevitable, and chose to kill the weakest among them so that the others might survive. Once the survivors were found five days later, the men were arrested for the murder of the boy; the victim's name had been Richard Parker, just as in Poe's novel from decades earlier.

Although the odd coincidence has seen a resurgence in popularity today, it has been well known in various circles over the years; I had previously authored a short article on this story for FATE Magazine back in 2007, in which I offered a line of speculative thought about the strange, and very synchronistic situation:

"When writing the book, Poe had planned to work out an abstract idea; he deliberately wrote each chapter to a particular mood, each from the beginning written in contrast with its corresponding chapter from the end for a total of 25, creating a strange up-and-down tale of ambiguities that dealt with bizarre spiritual and symbolic content, and of course, the grim reality of cannibalism. Had Poe, who died in October 1849, only known how terribly realistic his interpretations might come to be!"

"Might Poe's unconventional state of mind during the authorship," I wrote in 2007, "and the resulting energy he put forth into the work, somehow have caused certain elements of his story to manifest in the physical realm?"

It is interesting to note that Edgar Allan Poe isn't the only author that has seemingly "predicted" real life events in their writings. A similar incident occurred during the authorship of Norman Mailer's second novel, Barbary Shore, which dealt in part with a character who is later revealed to be a Russian spy. 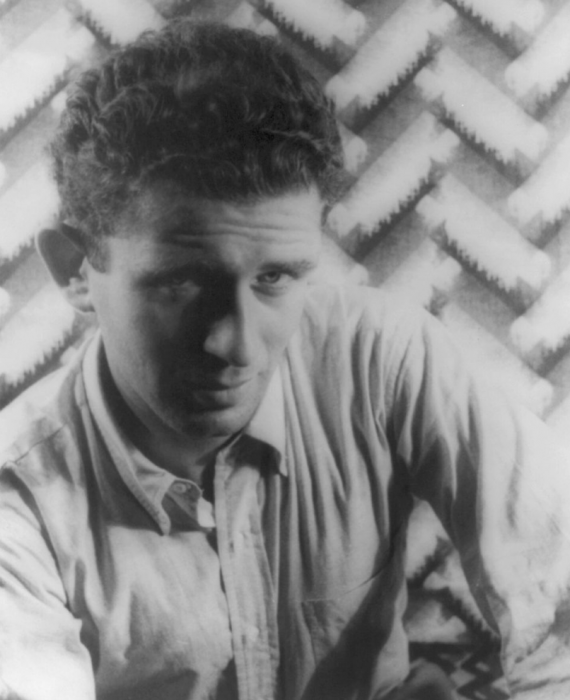 As Mailer described, the character seemed to have occurred spontaneously, working its way into the novel's plot more and more as its authorship ensued. After the book was released (and subsequently flopped, still being recognized as a low-point of Mailer's career), it was revealed that an actual Russian spy had been arrested, living in the very same boarding house in a room above Mailer, where he had lived while writing the book.

Could it be that the creative mindset of the fiction author is able to tap into something deeper about one's surroundings, and occasionally present elements on the written page that both transcend space, and as seen especially in Poe's case, perhaps time as well?