Introduction of Dead DNA Proposed to Save Ferret Population

In 1987, the U.S. black-footed ferret population was near extinction with only 18 individual animals left. After captive breeding and conservation efforts, there are now 300 of the creatures alive, but the efforts to save the species have a major pitfall: these hundreds of ferrets are all half siblings, and their prospect of continued survival isn't particularly great. So the Fish and Wildlife Department (FWS) has hit on a bold, peculiar idea--to use CRISPR gene-editing and cloning to introduce the DNA of long-dead, frozen, black-footed ferrets into the living population. 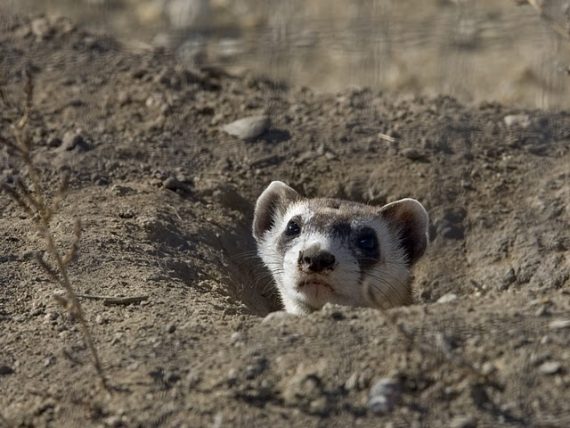 The survival of the black-footed ferret has long been a precarious thing. Native to the U.S., the ferrets have been technically extinct three times. And the 300 inbred animals living in the wild today are having a pretty tough time; the prairie dogs they feed on are being wiped out by flea-borne sylvatic plague. So FWS is planning to use drones to rain plague-vaccine-laced M&Ms down on the prairie dogs' territory, all to help the ferrets.

Which alone is pretty weird. But it doesn't address the genetic woes of the ferrets. The 300 ferrets that remain all contain genes from just seven ancestors, which creates 300 ferrets who all have the same susceptibility to health problems, pathogens and environmental changes. Pretty much a recipe for sudden population collapse. 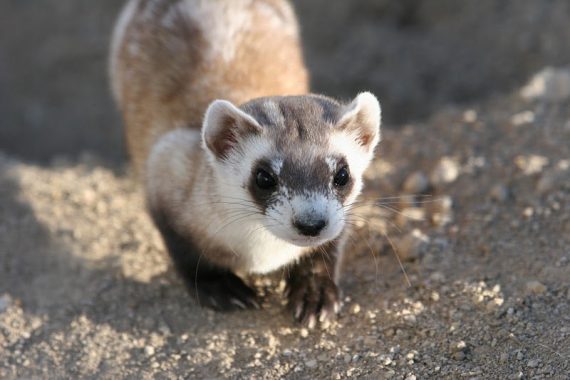 But there is more black-footed ferret DNA available in collections of dead animals stored in museums and zoos, and that's what FWS wants to tap into--most notably a male and female who died in the 1980s and are stored at San Diego Zoo's Frozen Zoo. The thinking is that if the DNA of these frozen ferrets can be used to generate clones, those clones could be bred with the existing populations so as to introduce genetic diversity.

Furthermore, CRISPR could be used to introduce antibodies to fight two of the ferret's greatest foes: bubonic plague and canine distemper.

The proposal is rife with scientific, legal and ethical complications, but it also may be the best shot for saving the black-footed ferret and, perhaps, other endangered species. As FWS's Kimberly Fraser, a spokesperson for the FWS's National Black-Footed Ferret Conservation Center told Scientific American:

I don't know that you can spend 100 years in a captive-breeding program and have the limits on genes that we do. I hope [genetic rescue] happens before I die.