Kepler Uncovers Trove of Exoplanets, Four May Have Life

NASA has just unveiled the latest results of Kepler's K2 mission, which has been resuming its search for habitable planets outside of our solar system after the space telescope was crippled by technical problems almost three years. ago. And their findings are pretty extraordinary; they've identified 104 previously unknown exoplanets, and have established that four of these planets may well be home to some form of life.

The four potentially rocky planets of particular interest are 20 to 50 percent larger than Earth and lie 181 light years away in the direction of the constellation Aquarius. The planets' host star--the M dwarf star K2-72--is less than half the size of the sun and less bright, and the orbits are incredibly tight, ranging from five and a half to 24 days.

In spite of this, two of the planets experience irradiation levels similar to those on Earth which could enable the presence of water on their surface. As a result, "the possibility that life could arise on a planet around such a star cannot be ruled out," according to lead author Ian Crossfield, a Sagan Fellow at the University of Arizona's Lunar and Planetary Laboratory in Tucson.

The treasure trove of 104 exoplanets discovered by Kepler in the past year represent something of a comeback for the once-beleaguered NASA project. Launched in 2009, Kepler revealed the existence of some 2,300 planets before 2013, when the space telescope lost the ability to focus on a target without drifting off--a problem that could have rendered it little more than pricey space junk. 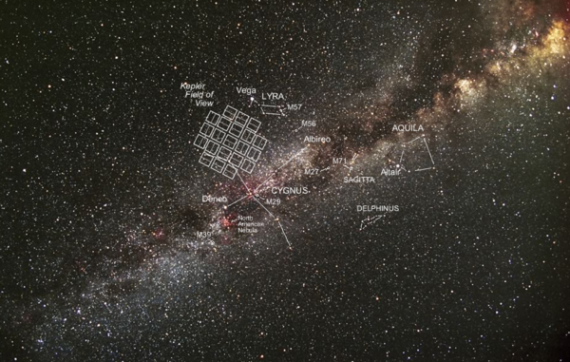 But an ingenious fix brought Kepler back to life last year, at which point the K2 mission was launched.

Steve Howell, project scientist for the K2 mission at NASA's Ames Research Center in Moffett Field, California said of the latest results from the mission:

This bountiful list of validated exoplanets from the K2 mission highlights the fact that the targeted examination of bright stars and nearby stars along the ecliptic is providing many interesting new planets. These targets allow the astronomical community ease of follow-up and characterization, providing a few gems for first study by the James Webb Space Telescope, which could perhaps tell us about the planets' atmospheres.

The James Webb Space Telescope is set to launch in October 2018, and in addition to telling us about the atmospheres of these promising exoplanets, the craft will also travel back toward the beginning of time to hunt for signs of the formation of the first galaxies. But also, yes, to aid us in the search for life beyond our solar system.