Man and His Symbols: UFOs, Psychology, and Cultural Symbology

Man and His Symbols, the last published work of Carl Jung before his death in 1961, was a collaborative effort between Jung and a handful of others, which offered the late analytical psychologist’s final word on a myriad of complex theories.

Throughout his later years, Jung had devoted much of his time to what he perceived as being a relationship between alchemy and its recurring symbols, and the psychoanalytical process itself. Jung also recognized the observance of art, as well as the constructive process of its creation, as having a deeper psychological relationship.

Although Man and His Symbols had been Jung's final published work, another of his interests later in life had been the popularity associated with flying saucers. This resulted in the publication of a lengthy, and quite well-known essay on the subject in 1959, titled Flying Saucers: A Modern Myth of Things Seen in the Skies. In it, Jung applied his familiar brand of psychological analysis to the ongoing UFO dialogue of the day, focusing less on the possible existence or reality of UFOs, and instead attempting to assess the psychological impact they may have been having:

"In the threatening situation of the world today, when people are beginning to see that everything is at stake, the projection-creating fantasy soars beyond the realm of earthly organizations and powers into the heavens, into interstellar space, where the rulers of human fate, the gods, once had their abode in the planets.... Even people who would never have thought that a religious problem could be a serious matter that concerned them personally are beginning to ask themselves fundamental questions. Under these circumstances it would not be at all surprising if those sections of the community who ask themselves nothing were visited by `visions,' by a widespread myth seriously believed in by some and rejected as absurd by others."

In essence, to Jung the UFO represented "a modern myth" in the making; it is a concept we shall explore further a bit later. 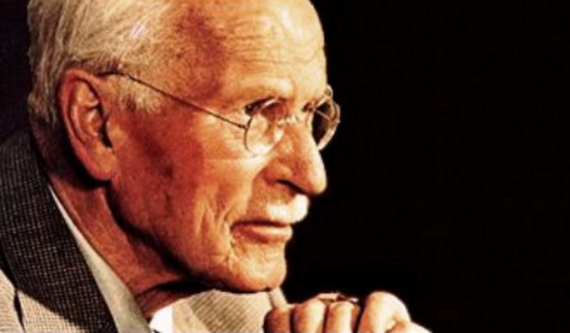 The discussion of cultural symbols in relation to the interpretation of UFOs was also something discussed in a letter published in the seventh issue of the Zetetic Scholar, a now obscure journal published by sociologist Marcello Truzzi, a former member of CSICOP and critic of what he called "pseudoskeptics" during the late 1970s and early 80s. The letter, sent along by Peter Rogerson, offered feedback on a previous discourse between researchers Ron Westrum and Alan Hendry, and discussed a variety of points that included the possible correlation between cultural symbols, and modern UFO reports:

"I tend to agree with Westrum that the source of UFO imagery probably lies in cultural symbols, the origin of which remains an intriguing historical puzzle. We should realize that there were times before 1947 when people reported stars and planets as strange and ominous machines, to wit, the airship panics of 1897, 1909, and 1913, during which people looked at stars and "saw" airships. The 1913 panic (Sandell 1978) was. fortunately, received both contemporary (Hirst 1913) and subsequent (Dangerfield 1970 ) historical treatment. We now know that both the 1909 and 1913 airship waves were part of a larger spy scare (Watson 1980) which produced many of the motifs that were to occur later in UFO stories (Men-In-Black, ambiguous physical evidence, pilots interested in poultry, absurd conversations, etc.).

"Perhaps the reason why people get mad when a prosaic solution is offered for their UFO experiences, is that the ufologists have done a marvelous propaganda job in persuading people that any explanation of a UFO experience which does not invoke extra-human intelligences may be a dastardly "explaining away" by a cruel hearted cynic who is probably in the pay of either the authorities or some nefarious conspiracy."

I will note that Rogerson lumps the 1890s airship stories in with people's past interpretation of prosaic things as "UFOs". However, in years since publication of the letter referenced above, a few plausible threads have emerged that could imply some legitimacy to the 1890s observations, as suggested in the SF Gate article, "California’s now-obscure history of pre-Wright Brothers aviation experimentation," which details some of the more obscure footnotes in the history of early aviation (I've also covered the subject more in depth, as discussed here and here).

Getting back to the idea of cultural symbols and their relationship with some UFO reports, such a proposition is often taken as quite offensive to the UFO buff of today, as it seems to represent an affront to the notion that an actual, tangible phenomenon could exist. Nonetheless, the idea that the apparent presence of UFOs -- whatever their origins or underlying sources may be -- plays a deeper role in human thought and culture is not an idea without merit. In fact, the implications of a cultural and symbolic exchange, as it relates to the broader UFO belief system present today, may be one of the most important takeaways from the greater UFO mythology. It is one which, as many have noted previously, seems to mirror earlier belief systems that envisioned realms populated by gods or other deities; with the inclusion of modern concepts that include space travel, a multiverse, and intelligent life apart from our own, the UFO subject does, at times, closely resemble such preexisting mythologies. 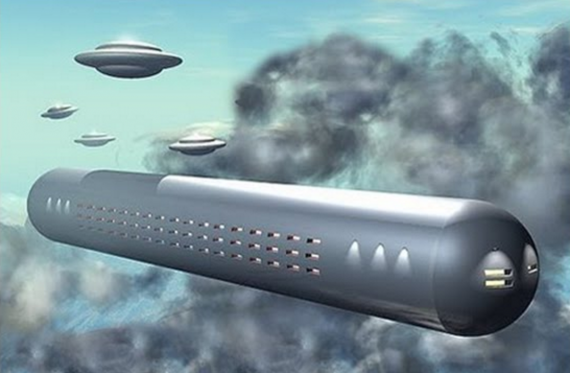 Hence, the offensive nature of the argument. Largely, both the skeptics and advocates of such phenomenon dwell on a sort of literalistic fundamentalism, in which there either must be, or must not be any literal, tangible phenomenon being addressed. Any discussion of the deeper symbolism presented within the UFO narrative is likened to "psychobabble", and dismissed as being irrelevant to the physical study of unidentified flying objects.

And yet, the summation of human interaction with our environment is based on the idea that sensory qualities we have evolved and developed over time allow us to relate to the raw weirdness of the physical universe through a cultural lens we call "reality", of which the possible variants tend to escape us, based on our inherent anthropomorphism. That, distilled to its finest essence, simply means that we are "too human" to understand our own functional complexities, let alone dream of what this "reality", as we call it, might look like if viewed by any other species. We are so close to the mirror that our own reflection evades us.

It is acceptable to suppose that some of the better UFO reports present us with a physical phenomenon; this can be done, however, without exiling the psychological implications from the dialogue altogether.

An Alien Singularity: Revising Our Search for Extraterrestrial Intelligence