This year marks the 50th anniversary of the start of the wave of Mothman encounters that hit Point Pleasant, West Virginia. It all culminated, in December 1967, in the disastrous collapse of the town's Silver Bridge and the tragic deaths of dozens of people who, very unfortunately, were on the bridge at the time. But, what was the Mothman of Point Pleasant? And how did the legend begin? To answer those questions we have to go back to the night of November 12, 1966, when five grave-diggers working in a cemetery in the nearby town of Clendenin were shocked to see what they described as a "brown human shape with wings" rise out of the thick, surrounding trees and soar off into the distance.

Three days later, the unearthly beast surfaced once again. It was late at night when Roger and Linda Scarberry and Steve and Mary Mallette – two young, married couples from the area - were passing the time away by cruising around town in the Scarberrys' car. The four were puzzled to see in the shadows of an old TNT factory what looked like two red lights pointing in their direction. These were no normal lights, however. Rather, all four were shocked and horrified to discover that, in reality, the 'lights' were the bright red eyes of a huge animal that, as Roger Scarberry would later recall, was "...shaped like a Mothman, but bigger, maybe six and a half or seven feet tall, with big wings folded against its back." 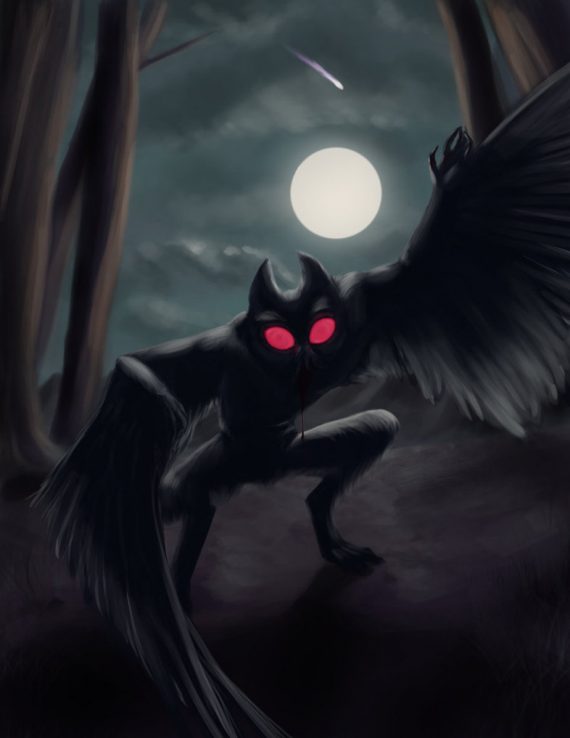 Not surprisingly, they fled the area at high speed. Unfortunately for the two couples, however, the beast seemingly decided to follow them: as they sped off for the safety of Point Pleasant, the winged monster took to the skies and shadowed their vehicle’s every movement until it reached the city limits. The four raced to the sheriff's office and told their astounding story. Deputy Millard Halstead stated that: "I’ve known these kids all their lives. They'd never been in any trouble and they were really scared that night. I took them seriously."

Even though a search of the area by Halstead did not result in an answer to the mystery, the Mothman was destined to soon return. And return. And return again. A legend was quickly born, one which shows no signs of going away anytime soon. Indeed, the town of Point Pleasant is currently gearing up for its annual Mothman Festival, which is held every September. Every year is a busy one at festival time, but this year might well be beyond busy - which is hardly surprising, given the anniversary connection. Of course, that the anniversary is likely to spill over into December 2017 - fifty years after that deadly bridge collapse - suggests Mothman will be regular news for the next eighteen months or so. 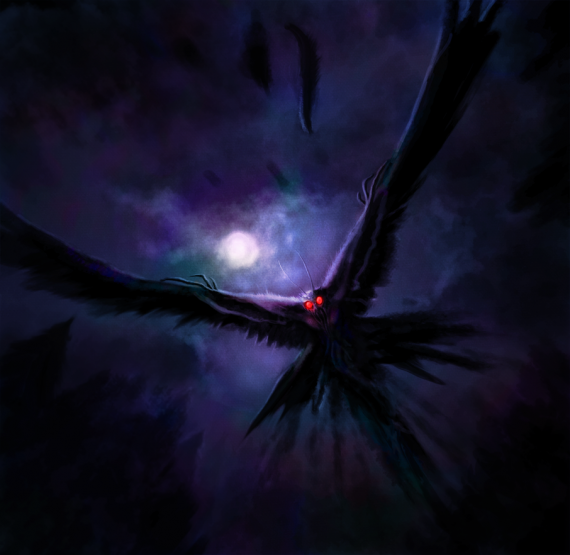 But, what have we learned conclusively about Mothman, the entity, since 1966? The answer is: not a lot. Which is almost always the case in incidents of the Fortean kind. Theories have abounded with regard to what Mothman is (or isn't), and who or what may have provoked the encounters. Such theories continue to abound, which serves to demonstrate one thing only: we have absolutely no undeniable smoking-gun. Those theories include a Sandhill Crane; the curse of Chief Cornstalk; the Garuda, described as "...one of the three principal animal deities in the Hindu Mythology that has evolved after the Vedic Period in Indian history;" and nothing less than the Green Berets.

As with Roswell, with Jack the Ripper, with the matter of who whacked JFK, and...well, you get the picture...the Mothman mystery lives on. Unless the Green Berets want to put the record straight.

Strange Ghost Fish Seen Alive For The First Time Ever