Now and again, I'll write an "anniversary"-themed article for Mysterious Universe. And that's exactly what I have done today. The subject: a certain, important book which has been overlooked or dismissed by many. And that's very much to their cost. The book under the microscope is Merrily Harpur's Mystery Big Cats. As its title suggests, it's a full length study of the so-called "ABCs," or "Alien Big Cats" which are reported every year throughout the UK, and in the hundreds, no less. What are they? Where do they come from? These, and many more, are the questions that Merrily asked back in 2006. They are questions that are still being asked a decade later. And those questions are just as valid, too.

Mystery Big Cats is a book which is all things: informative, insightful, thought-provoking, and written by someone who has a keen appreciation, awareness and knowledge of her subject matter. Merrily also has a fine understanding of British folklore, history, mythology, and the complex mysteries inherent in the conundrum that has come to be known as the British Big Cat. Mystery Big Cats is essential reading for anyone wanting to develop a good understanding of the subject, and what may very possibly lay at its heart. 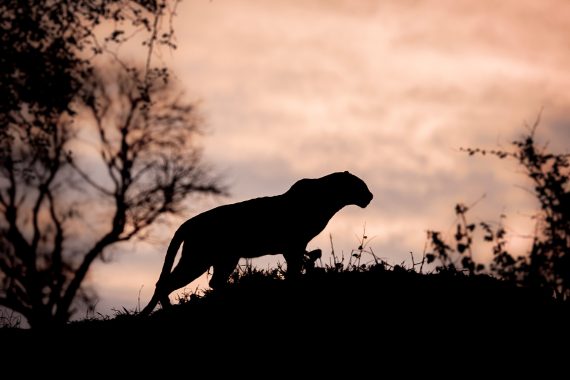 Many readers of Mysterious Universe will be aware of the longstanding theories that suggest Britain's Big Cats are escapees from private zoos, traveling circuses, and the descendants of exotic pets released into the wild. As Merrily expertly demonstrates, however, those theories are very much articles of faith. Indeed, she reveals how, upon rigorous scrutiny, and as a catch-all theory, they quickly collapse.

So what are these mysterious beasts? Where did they come from? Theories pertaining to indigenous Big Cats are discussed, as are the parallels (and the differences) between the Big Cats and the Phantom Black Dogs of British folklore. Some students of the phenomenon have made a connection between the two - with the Big Cat being seen as the modern day equivalent of the Black Dog, but in "upgraded" form. As Merrily shows, however, the evidence is highly controversial, and the similarities undeniably tenuous.

Nevertheless, people are clearly seeing something. And Merrily makes this very obvious, too. It is to the reader's advantage that Merrily is a skilled writer - the result of which is that even though the book relates the details of numerous Big Cat encounters spanning countless decades, her style is neither boring nor repetitive. And this is made all the more apparent when she digs deep into problematic issues surrounding (A) physical evidence for the presence of flesh-and-blood creatures in our midst; (B) photographic and film-based data; (C) the intriguing ability of the beasts to avoid capture or killing; and (D) why, curiously, so many of these animals are - time and again - seen near certain, specific locations. Synchronicities and "Daimonic" phenomena factor into the equation, too. 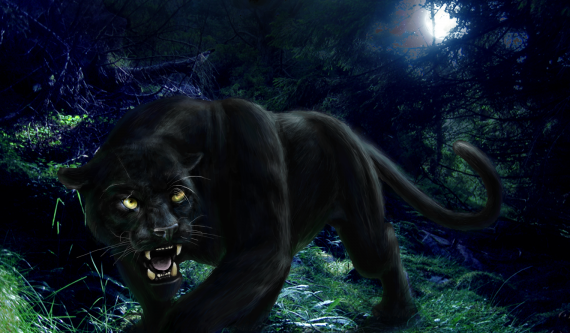 So, what is it that people are seeing? Well, this is where Merrily's research really comes to the fore. It would not be fair of me to reveal to those that wish to read Mystery Big Cats for themselves the intricacies of Merrily's theory. I can say, however, that this book will likely polarize readers into one of two camps: those that see merit in the theory, and those that are determined to look elsewhere. I will also say that Merrily's theories move away from the world of the strictly physical and into other realms of existence, into the world of ancient British folklore, and the nature of what reality is (or is not!), how we perceive that same reality, and what the presence of the Big Cats really means to us. Flesh and blood? Maybe not. This is a truly excellent piece of work that does not shy away from controversy - and, to me, that is a good thing.

Back in 2006, Merrily Harpur published an excellent piece of work that informed enlightened, and entertained. It led those of us who read it to muse and ponder deeply with respect to her conclusions. Ten years later, we are still doing that. If, in this anniversary period, all of the above has encouraged you to pick up a copy of Merrily's book, you will likely find yourself equally enlightened and informed. But, don't leave it another ten years.