Scientists from the University of Chicago have developed an injectable material which can control neural networks as well as muscles and organs. The material is designed to imitate the physical properties of human tissues and is activated by light.

According to the scientists’ recent publication in Nature Materials, this smart material can bind to tissues and create networks of silicon nanostructures similar to the porous structures of sponges. The material is composed of two separate kinds of silicon which together form a nanomaterial that is close to a thousand times less rigid than conventional silicon and can be safely suspended in a saline solution.

These nanostructures are flexible and dissolve within months. Since they have roughly the same consistency as collagen fibers, the nanostructures do not harm or obstruct surrounding tissues. Once injected into the body, the silicon nanostructures bind to the membranes of cells within the body and generate electrical currents when activated by light. According to published data, the material is capable of creating remote controlled brain stimulation:

[...] we used the heterogeneous silicon mesostructures to design a lipid-bilayer-supported bioelectric interface that is remotely controlled and temporally transient, and that permits non-genetic and subcellular optical modulation of the electrophysiology dynamics in single dorsal root ganglia neurons.

The engineers and neuroscientists working on this material are hopeful that their research could lead to a new wave of injectable devices capable of creating brain-computer or body-computer interfaces:

Our findings suggest that the biomimetic expansion of silicon into heterogeneous and deformable forms can open up opportunities in extracellular biomaterial or bioelectric systems.

As of now, the only methods of altering or controlling cellular systems involve altering the genes of organisms. By creating a non-genetic method of cellular manipulation, the scientists involved in this study could be opening the door to a whole new world of medical technologies.

According to a press release issued by the University of Chicago, postdoctoral researcher João L. Carvalho-de-Souza believes these devices made from this material could allow for cell-specific therapies:

This single particle connection with the cell membrane allows sufficient generation of current that could be used to stimulate the cell and change its activity. After you achieve your therapeutic goal, the material degrades naturally. And if you want to do therapy again, you do another injection.

Mysterious Universe has already reported on implantable brain-computer interfaces which dissolve into the body without a trace and methods to control the brain using sound waves. Injectable silicon nanomaterials take the whole notion of leave-no-trace mind control one step further; if these materials could be loaded into say, a dart gun, there is the possibility of being able to inject the materials from a distance and take control over another individual’s body without her consent.

Despite the risks, professor of chemistry Tian Bozhi, who worked on the material, is hopeful that this material could be on the forefront of the next wave of medical science:

“It can be risky. There’s a need for a non-genetic system that can still manipulate cell behavior. This could be that kind of system.”

Yes, it could be that system. It could also be the gateway to a whole new world of involuntary mind control. Like any new technology, its possibility for misuse should not preclude its potential to do good. Maybe it's just time to upgrade that tin foil hat to a syringe-proof colander. 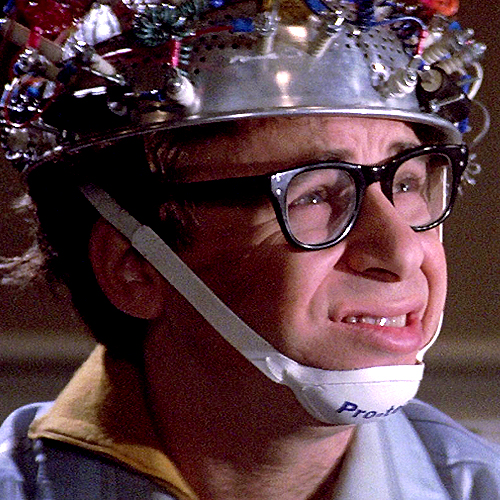 Signs Your Boss May be a Psychopath